This article will be available in Romanian.

Dolphins in the Atlantic Ocean – This experience was part of a 7-day trip to Madeira (January 2020).

Dolphins are among the most intelligent species on earth. The day we went to see them from aboard a catamaran was perhaps the most beautiful day spent in Madeira. We decided to book a boat tour from VMT Madeira to watch the marine mammals (35€/ticket/3-hour ride). Other agencies sold cheaper tickets (5-10€  cheaper) for the same tour, but VMT Madeira would have given us the chance to go on a second free trip in the following days in case we didn’t see any marine animals during the first trip.

We went aboard a catamaran making sure we had all the electronics ready for use: phone, camera, GoPro. Initially we sat on the benches, but as soon as the captain announced that a group of dolphins were seen on the horizon, we all jumped on the net in front of the catamaran. 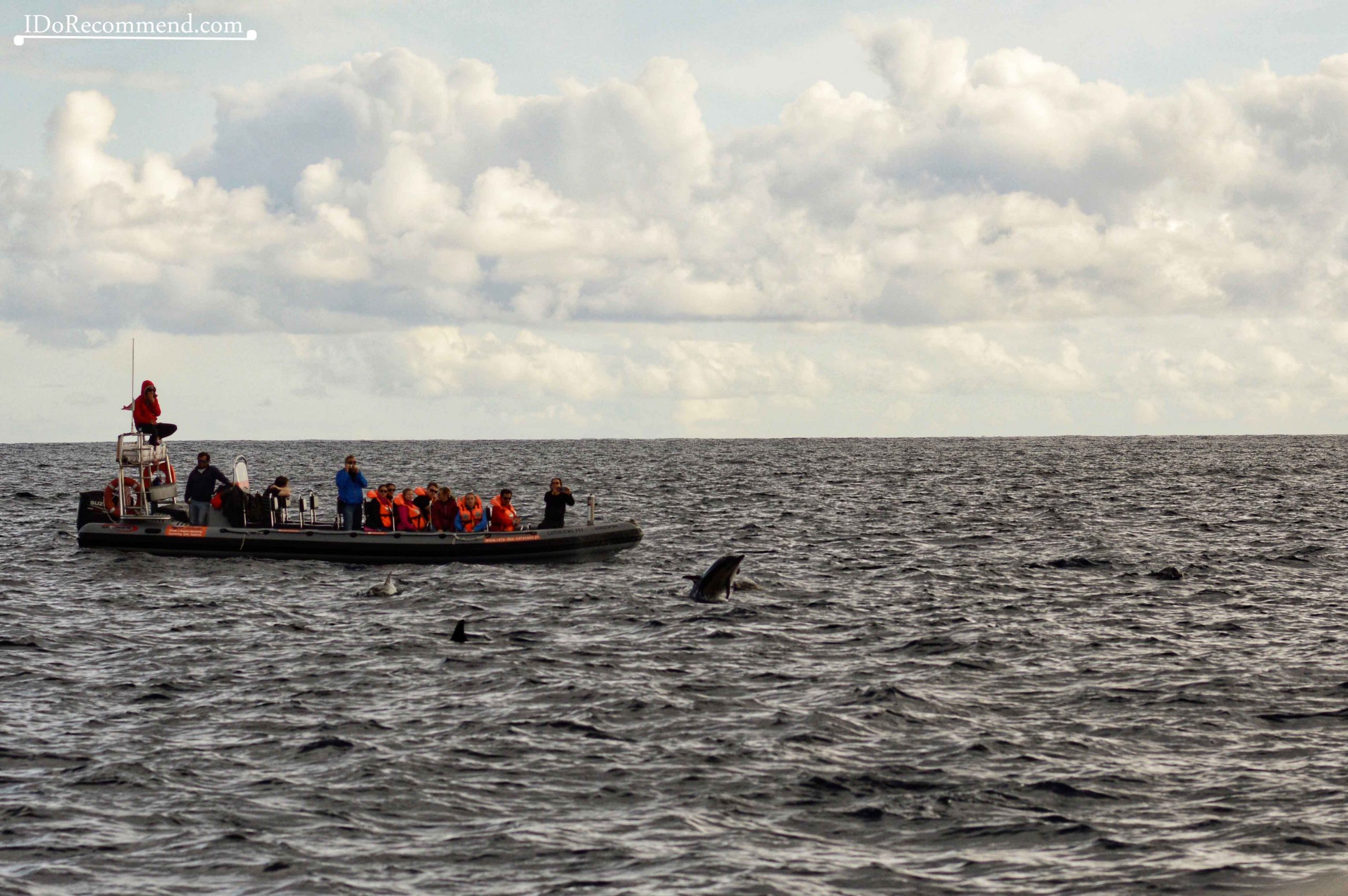 When we approached the first group of dolphins, the ecstasy began. The dolphins came to the area because the people from the neighboring boat were throwing fishes in the water. We were all happy about the show that was performed in front of us. Dolphins came out of the water to the delight of the public who was with their eyes and cameras focused on them. We could even hear the dolphins sounds. I think I took dozens of pictures within a few minutes. 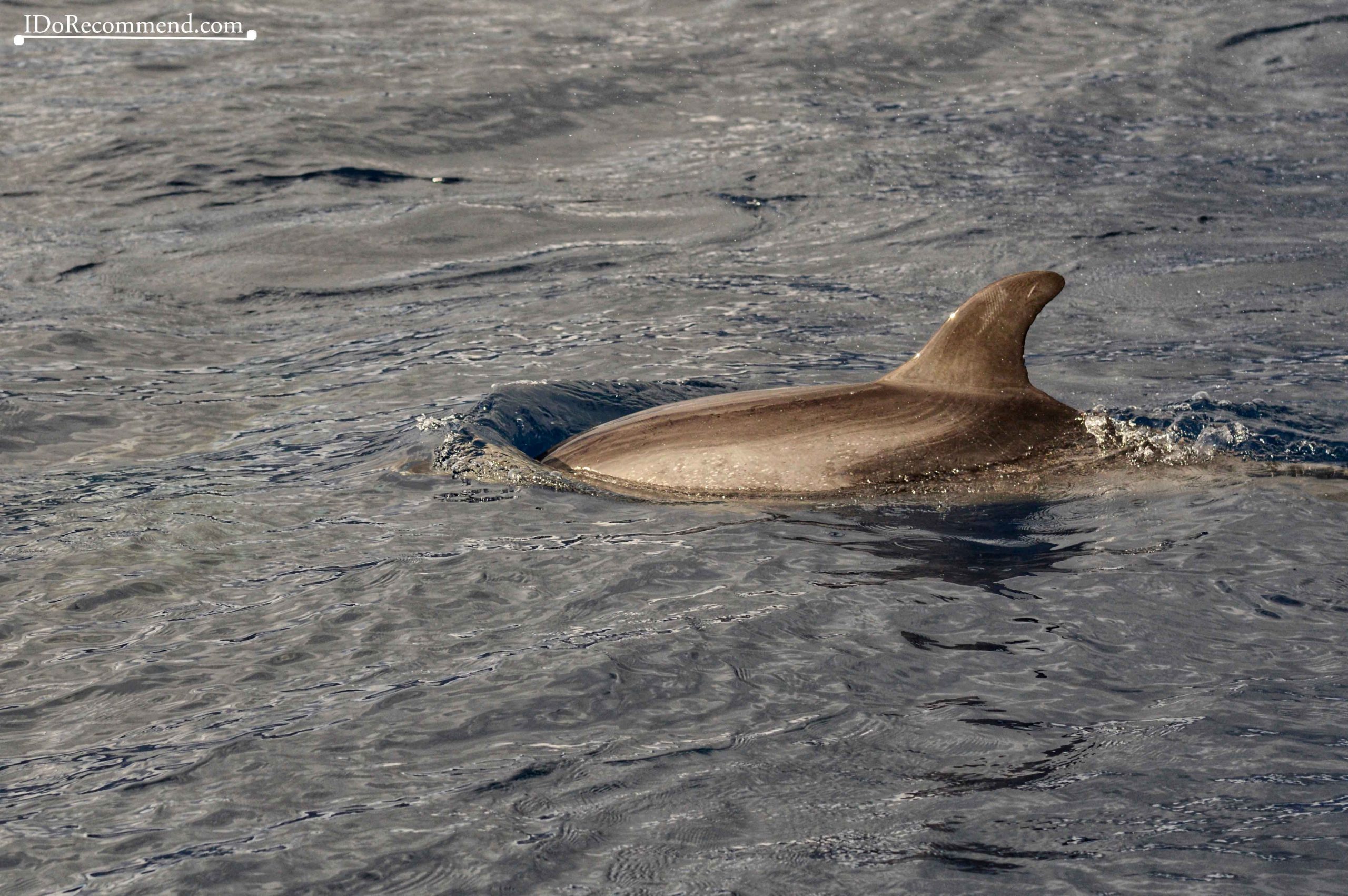 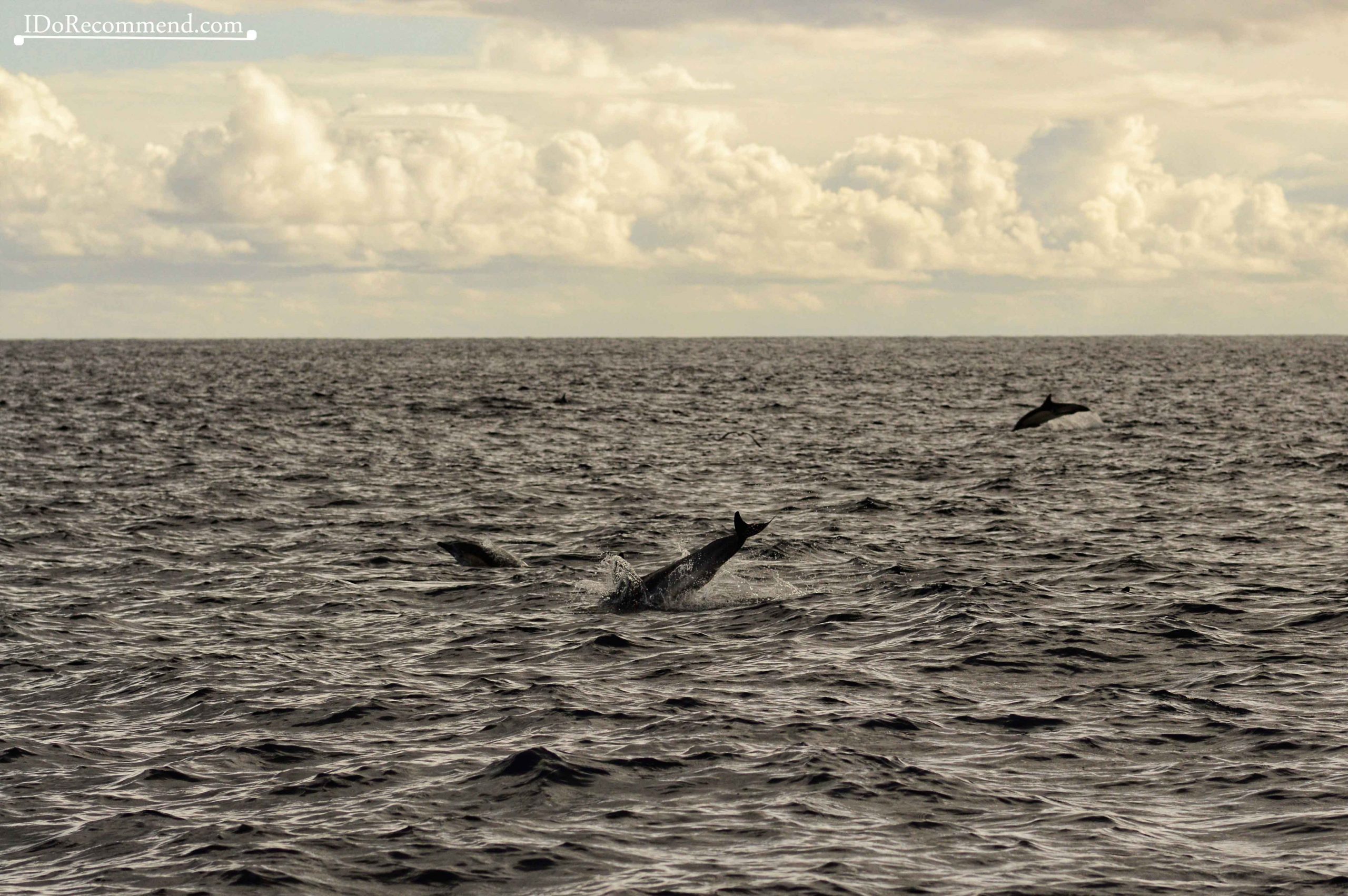 I thought the enthusiasm would only last for 10 minutes. That was the short period allowed to stay near a group of dolphins. But after we left the first ones, it wasn’t long before another group of dolphins appeared, apparently from another species, as our guide announced. The latter were much more active. I had the impression they were competing with the catamaran because I saw them swimming at speed underwater. From time to time they came to the surface, on which occasion we hurried to photograph them. Moreover, they gathered in groups of 3-4 dolphins swimming in tandem, parallel to the boat. Although in the beginning I came to the boat tour to watch the whales, the fact that I saw so many dolphins was even more spectacular than I had expected.

The boat then passed under Cape Girão, the famous glass platform located on the rocky shore at ~600m/1968feet altitude above us. There were several agricultural plantations near the shore. The plots of fertile land are hard to find in Madeira, so any location of this kind is very well used. To transport the harvest in that area, they use the cable transport system (Teleferico do Rancho). 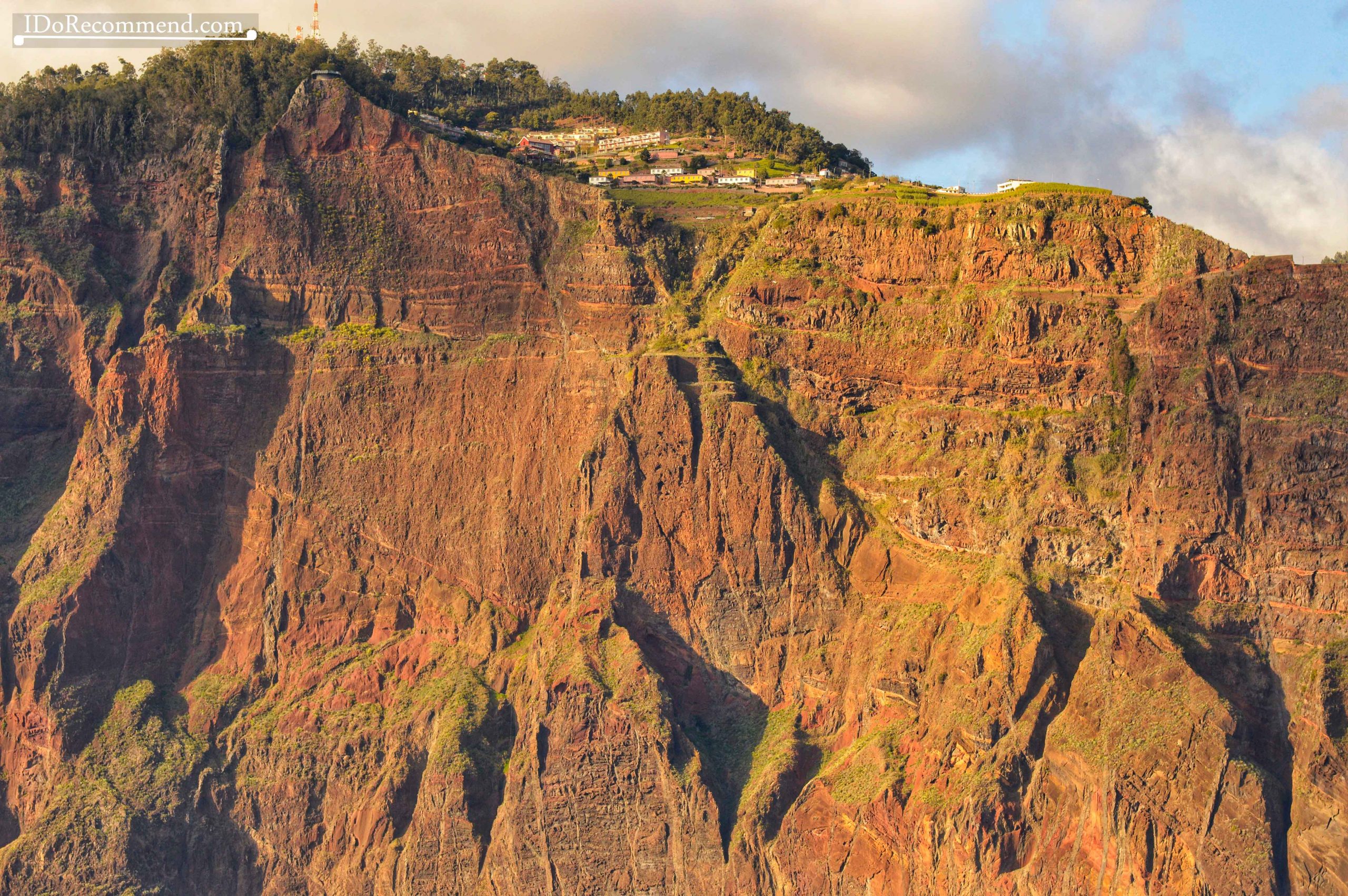 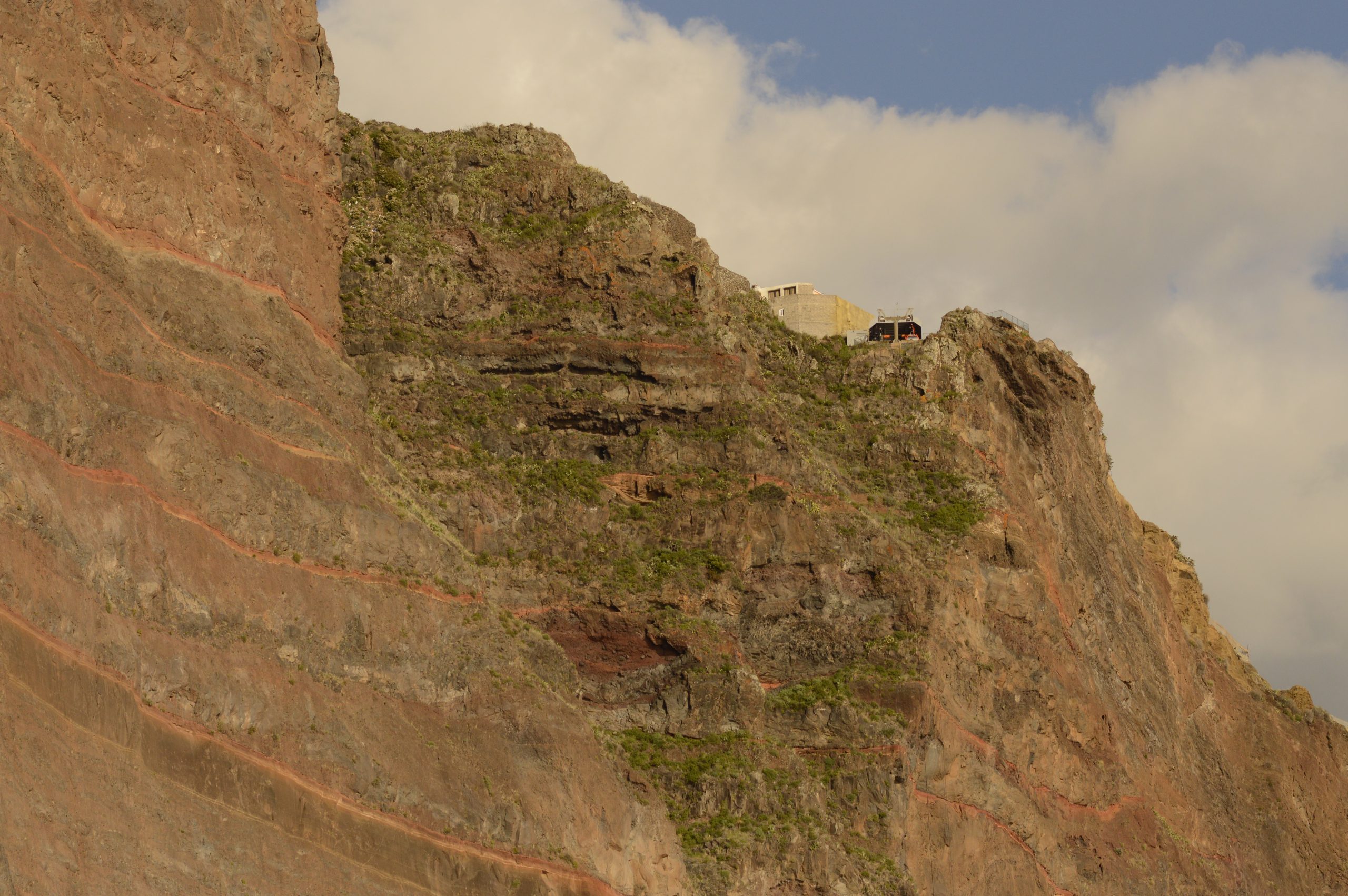 While returning to the harbor, we went along the shore passing by many hotel complexes. The sun was shinning behind us, getting closer and closer to the horizon and spreading diffused light. This was how that short, but splendid day, ended. 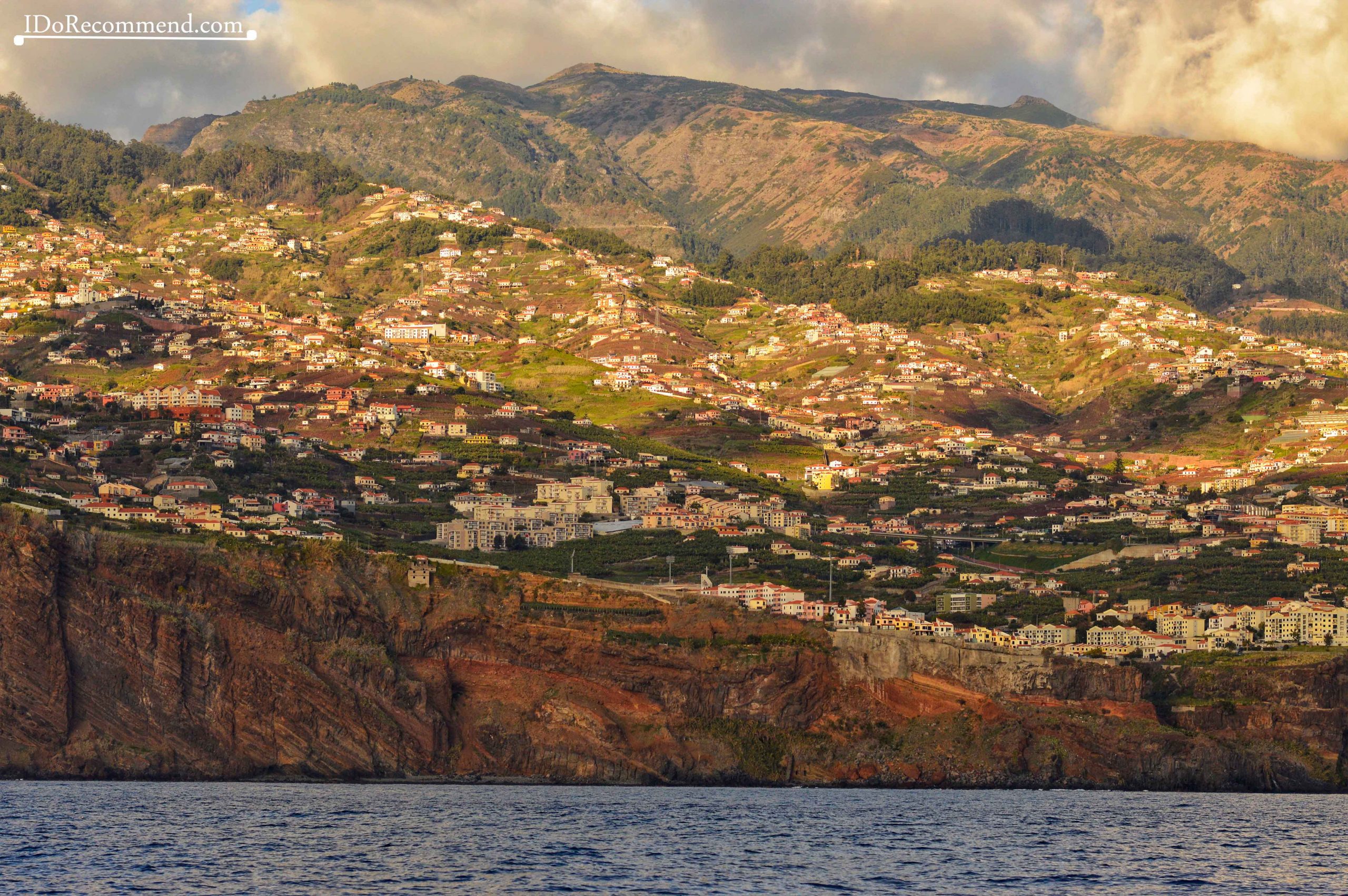 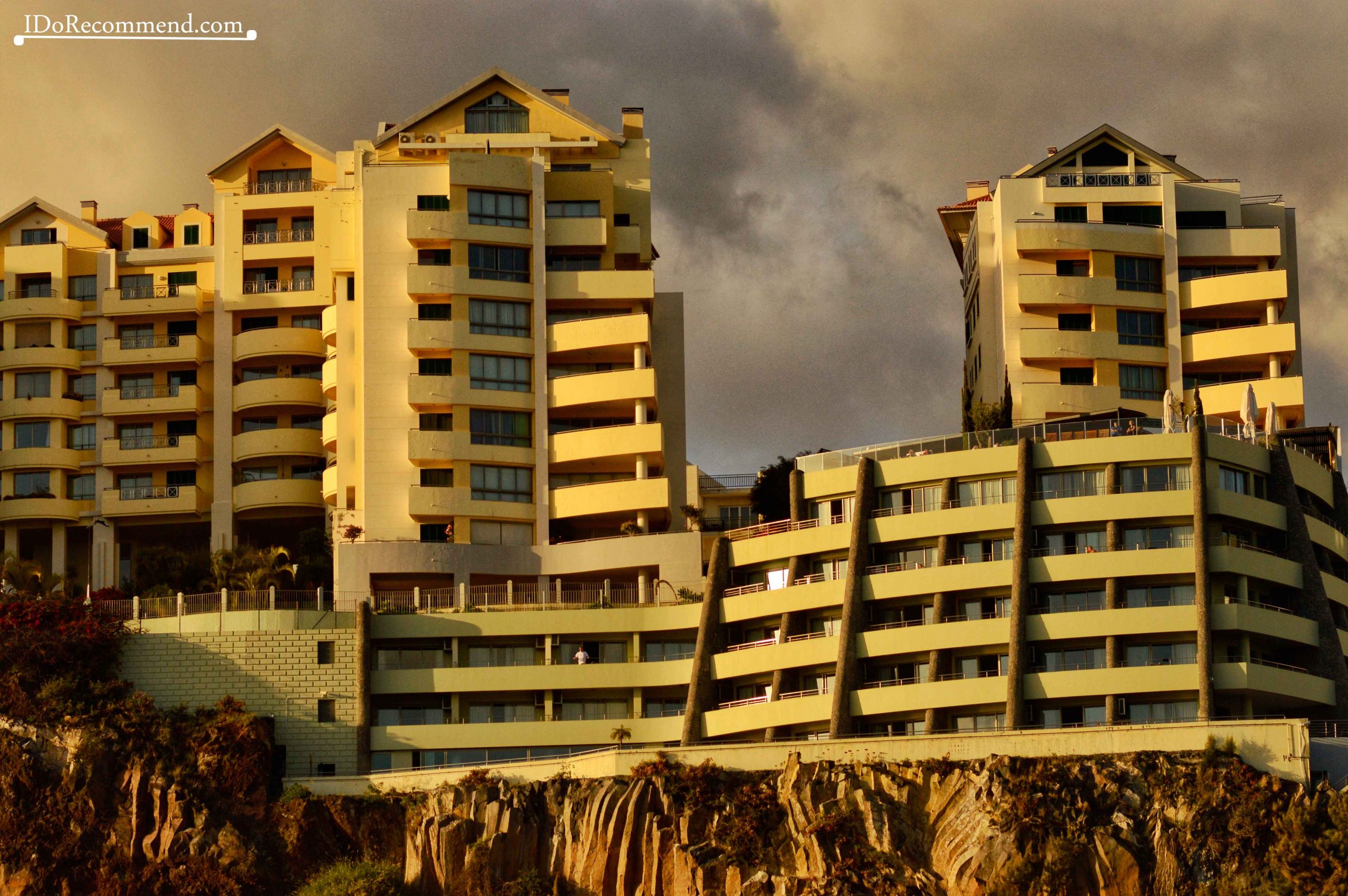 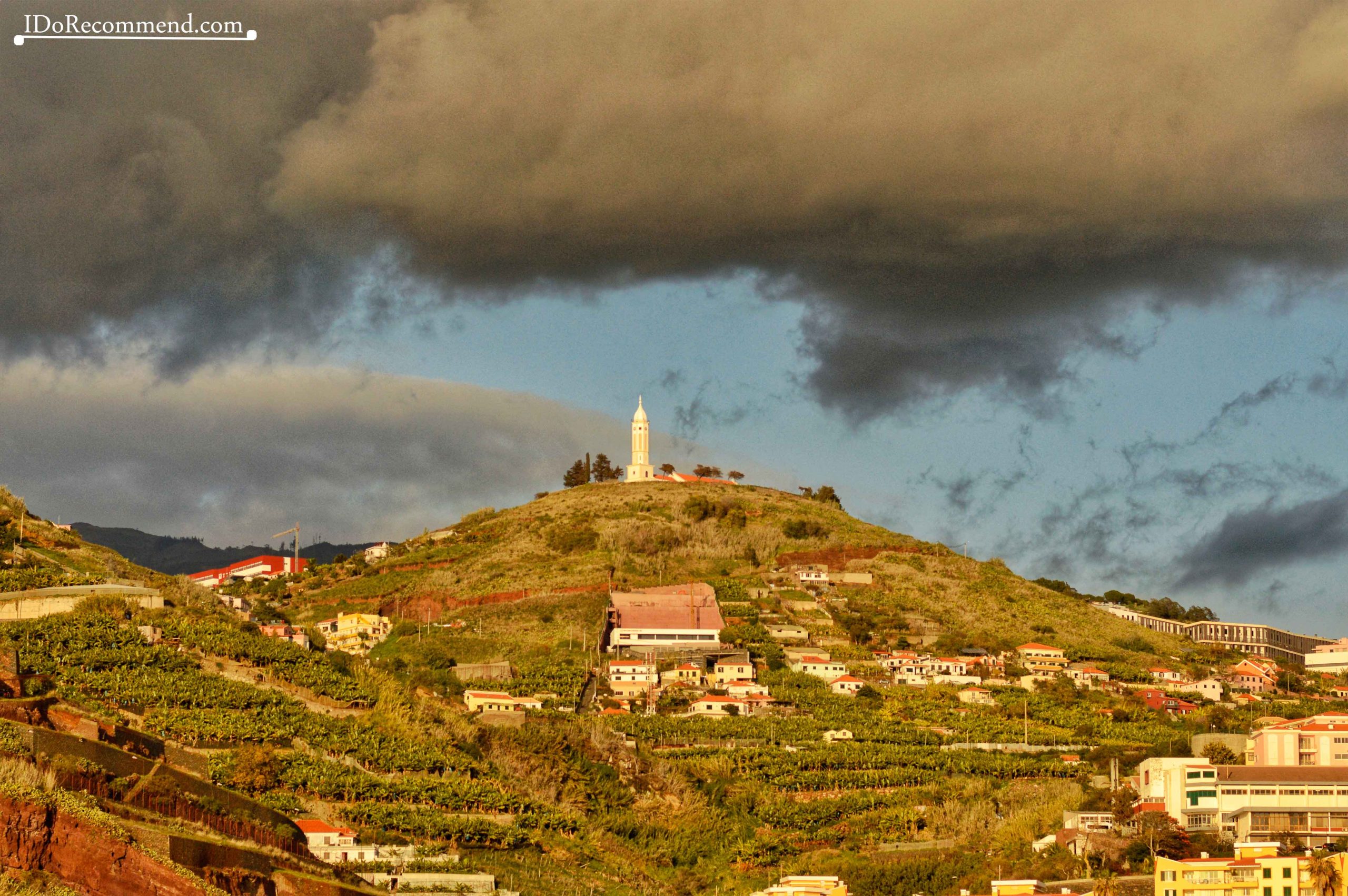 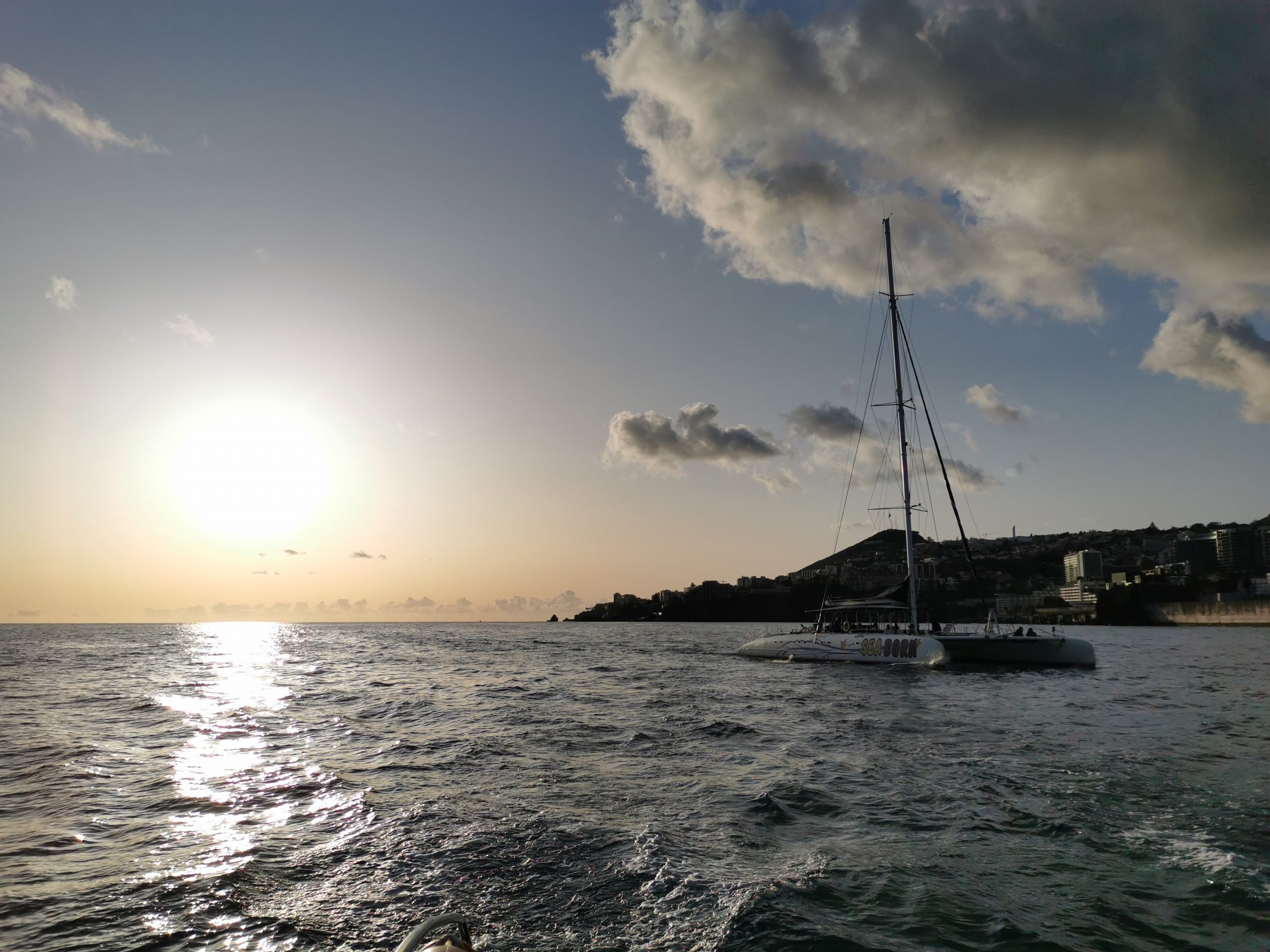