This article will be available in Romanian.

Caldeirão Verde is located in the heart of a laurisilva which has been a part of UNESCO’s heritage since 1999. This type of tropical forest is endemic in Macaronesia (Madeira, Azores, Canary Islands, Cape Verde), but the laurel forest from Madeira is the best preserved of its type and occupies the largest surface, reaching altitudes of 1300m, where the humidity of the air exceeds 85%. This ecosystem is very important because it supports the endemic flora and fauna, helps to fix the soil and filters the water from the mist leading it into the soil reservoirs. 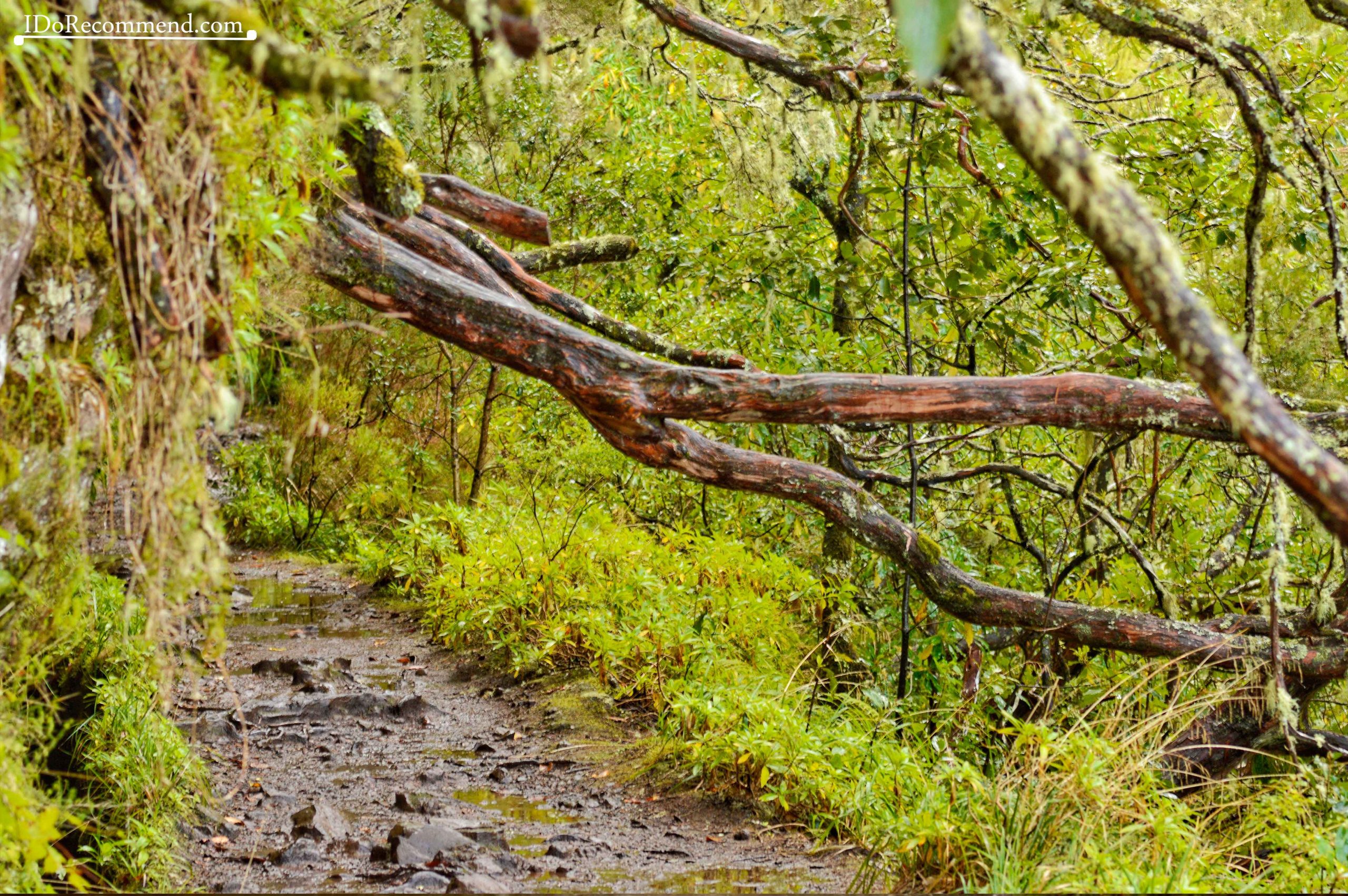 The Caldeirão Verde route (PR9 Levada do Caldeirão Verde) is very well maintained with railings and accessible to all hikers because the difference in altitude is very small. There are aqueducts (levadas) that have been built parallel to the route and that collect the drained water from the mountain transporting it to the drier agricultural regions in the south. At times the aqueduct reaches up to 2m/6feet in depth and it is populated by fishes. 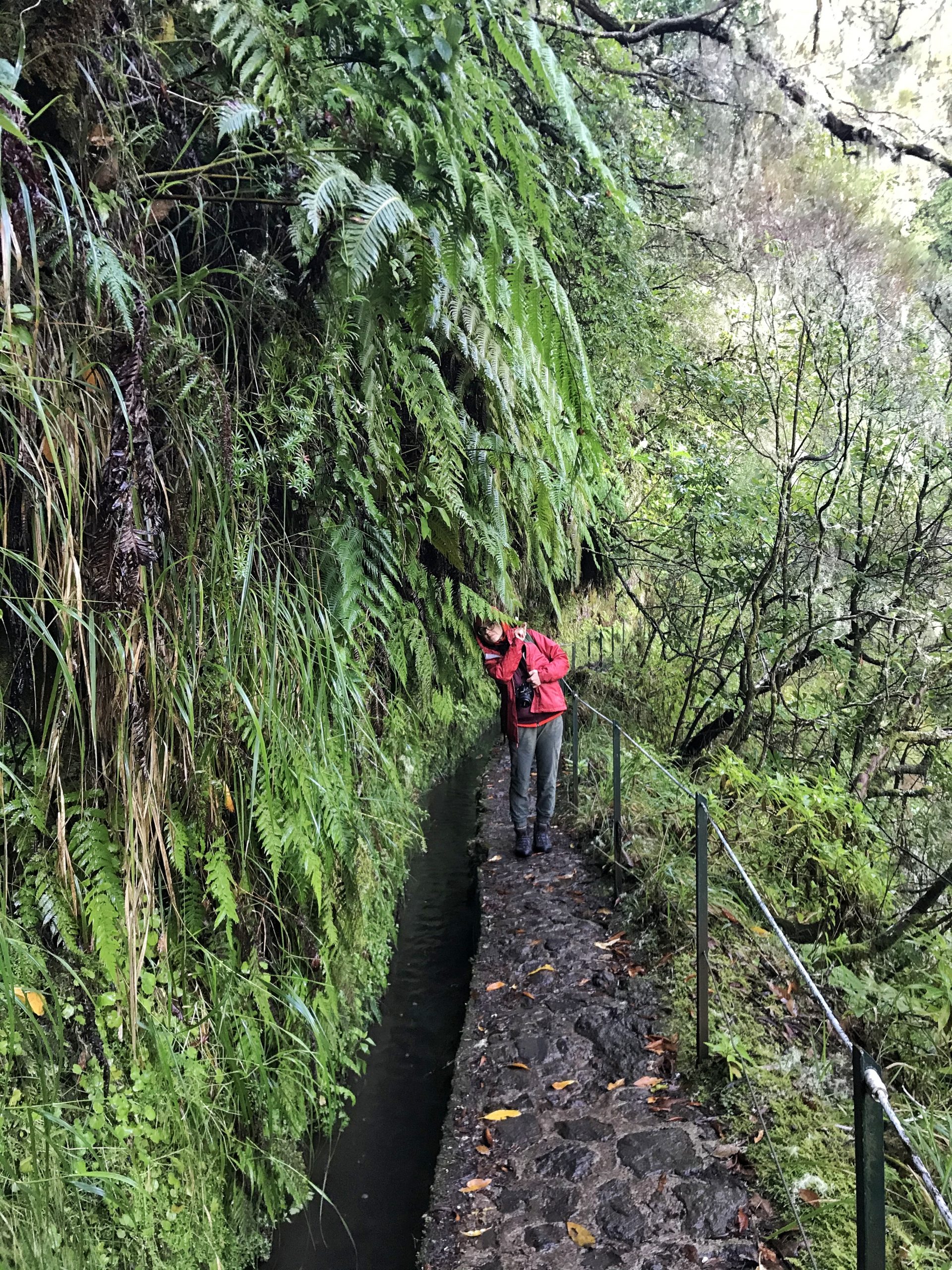 On the trail the rocks are covered in moss, ferns or other types of greenery. Above the path, laurels bent their branches covered by lichens as if they were protecting their passers-by. The abundant vegetation protected us a bit from the rain. Despite it, I managed to film long enough with my GoPro while walking. We went to the first waterfall on the trail where we took a few pictures, then Robert and I decided to get back to the car, and our friends continued going on the trail despite the rain.  Returning to the car, we waited for almost one hour for our friends. In the meantime, the sun had appeared in all its splendor in the sky, so we were able to dry all the clothes we wore. 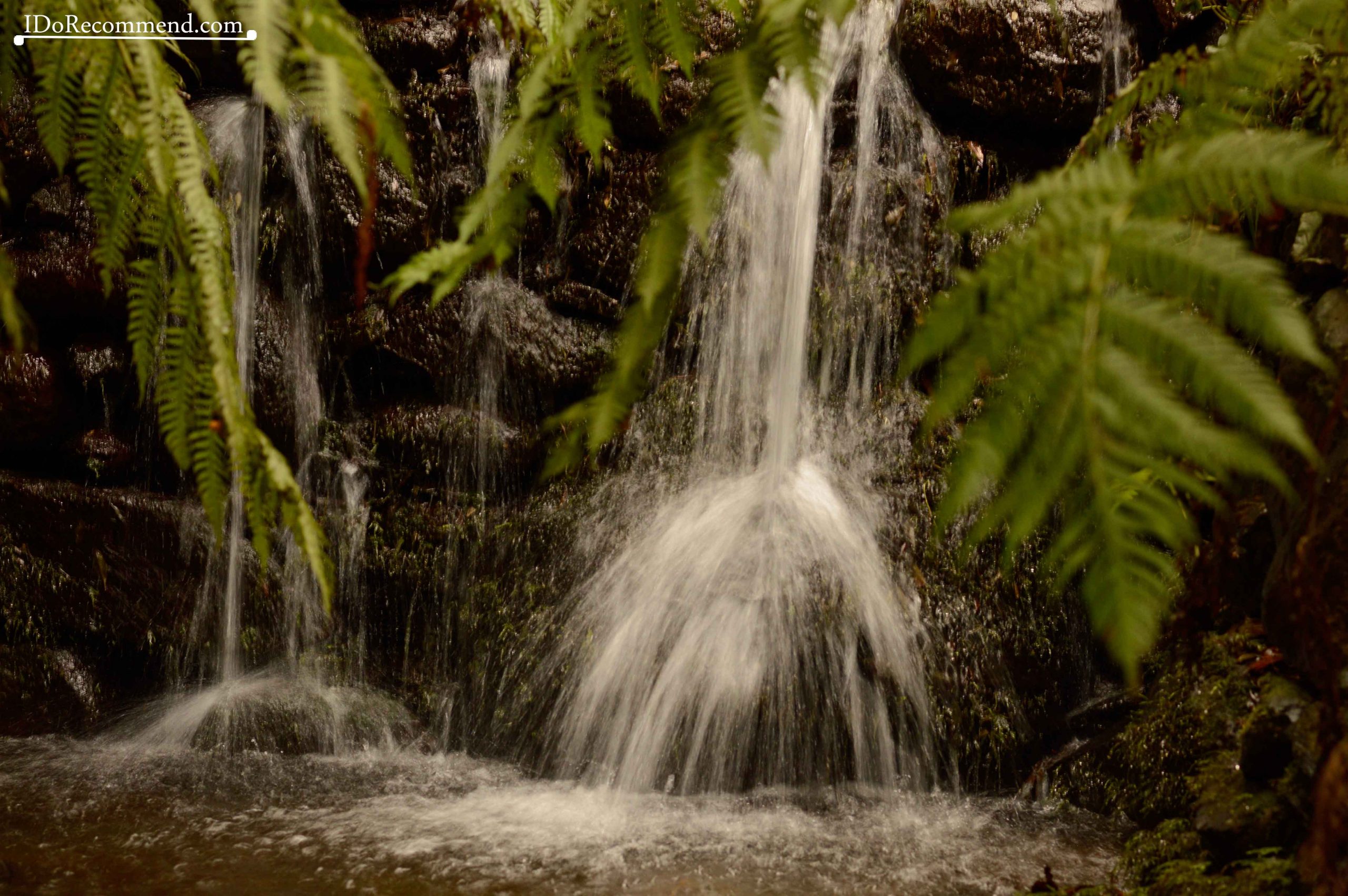 Once the group was reunited, we wanted to go on Levada das 25 Fontes trail, but the rain started again, so we decided to postpone that plan for the following day.