Iceland is home to some of the most stunning and impressive waterfalls in Europe. The waterfalls are a result of the glaciers’ melting and the abundant rainfall.

If you plan to visit Iceland, make sure that you first check out this article Things to know before visiting Iceland.

Here is my TOP 10 waterfalls in Iceland: 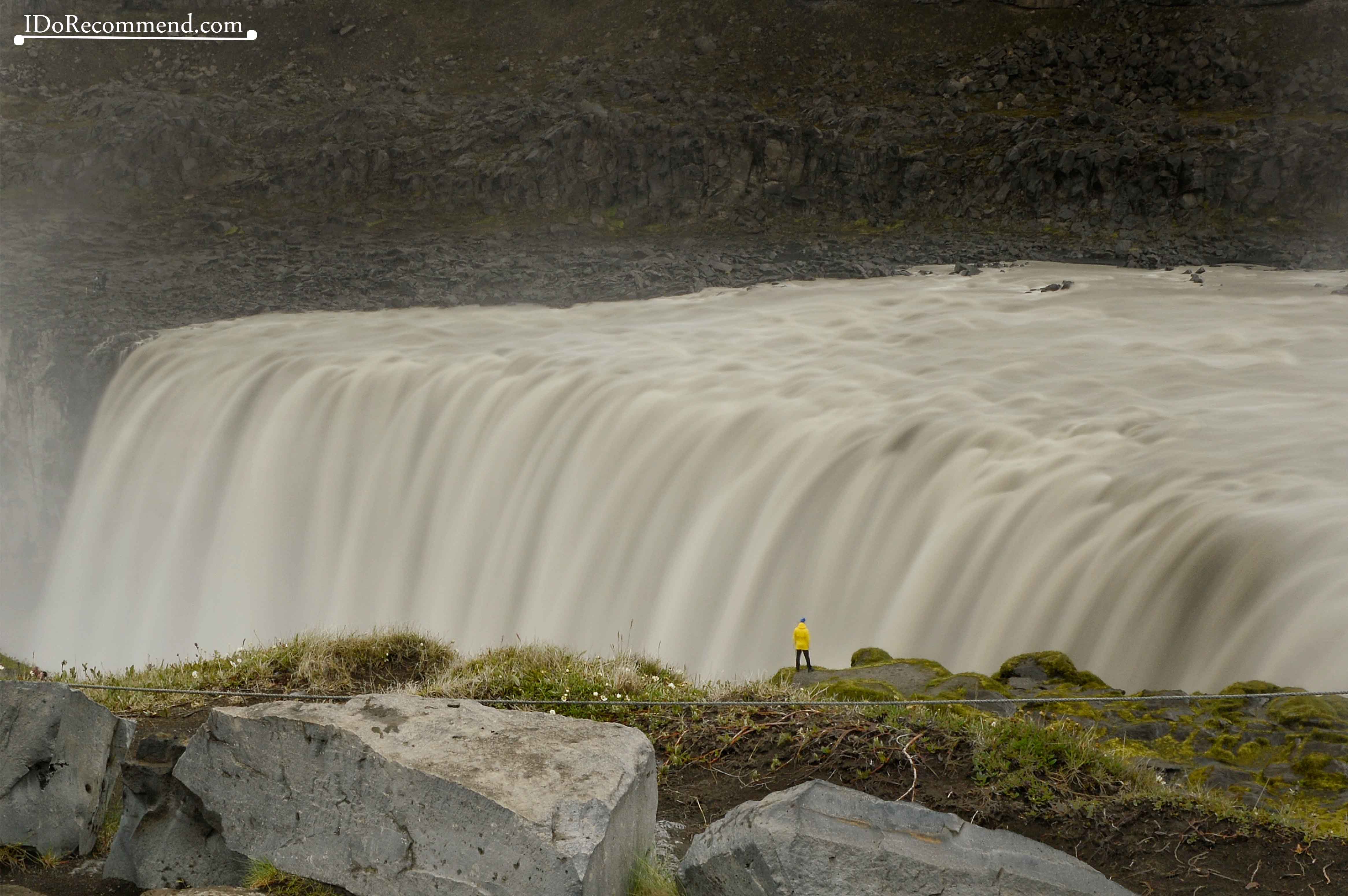 Dettifoss is Europe’s most powerful waterfall. It is a famous picturesque attraction on the Diamond Circle route in North Iceland. Being in front of the waterfall, I felt so amazed and grateful to witness that nature’s marvel, but at the same time I felt small and powerless in front of that huge force. I couldn’t take many photos because of the water that plunged over the edge with such force that it scattered a lot of splashes. The steam that rose above the waterfall created a mystic atmosphere. 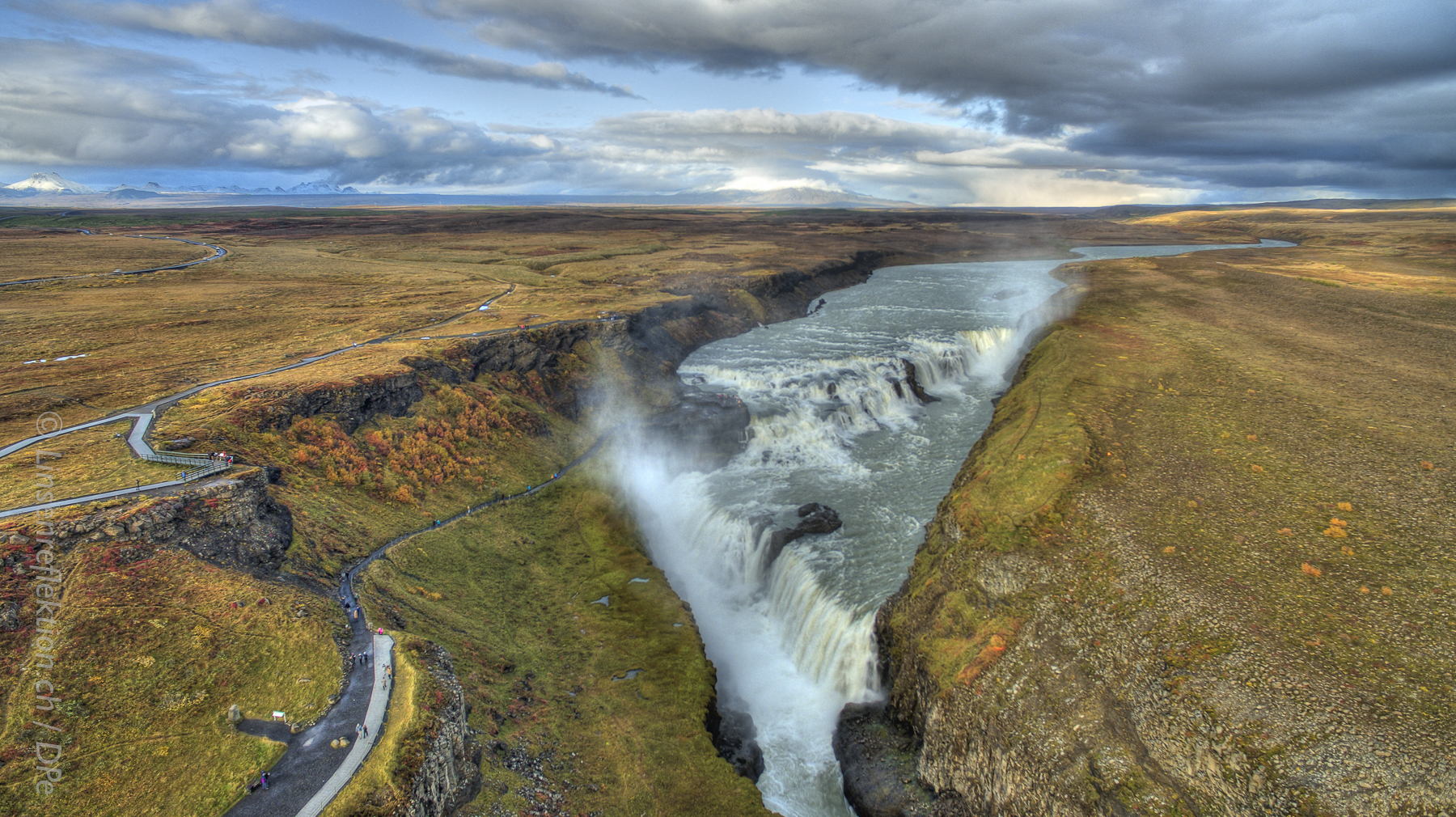 Gullfoss is another iconic site in Iceland. For many years, this gorgeous waterfall whose name means “Golden Falls”, was like a magnet for investors interested in exploiting its electricity potential by turning the waterfall into a hydroelectric dam. In the end, in 1979, it was put into permanent conservation, so tourists can still explore the mesmerizing natural beauty of the water plunging into the rocky gorge.

3. Goðafoss (The waterfall of the Gods) 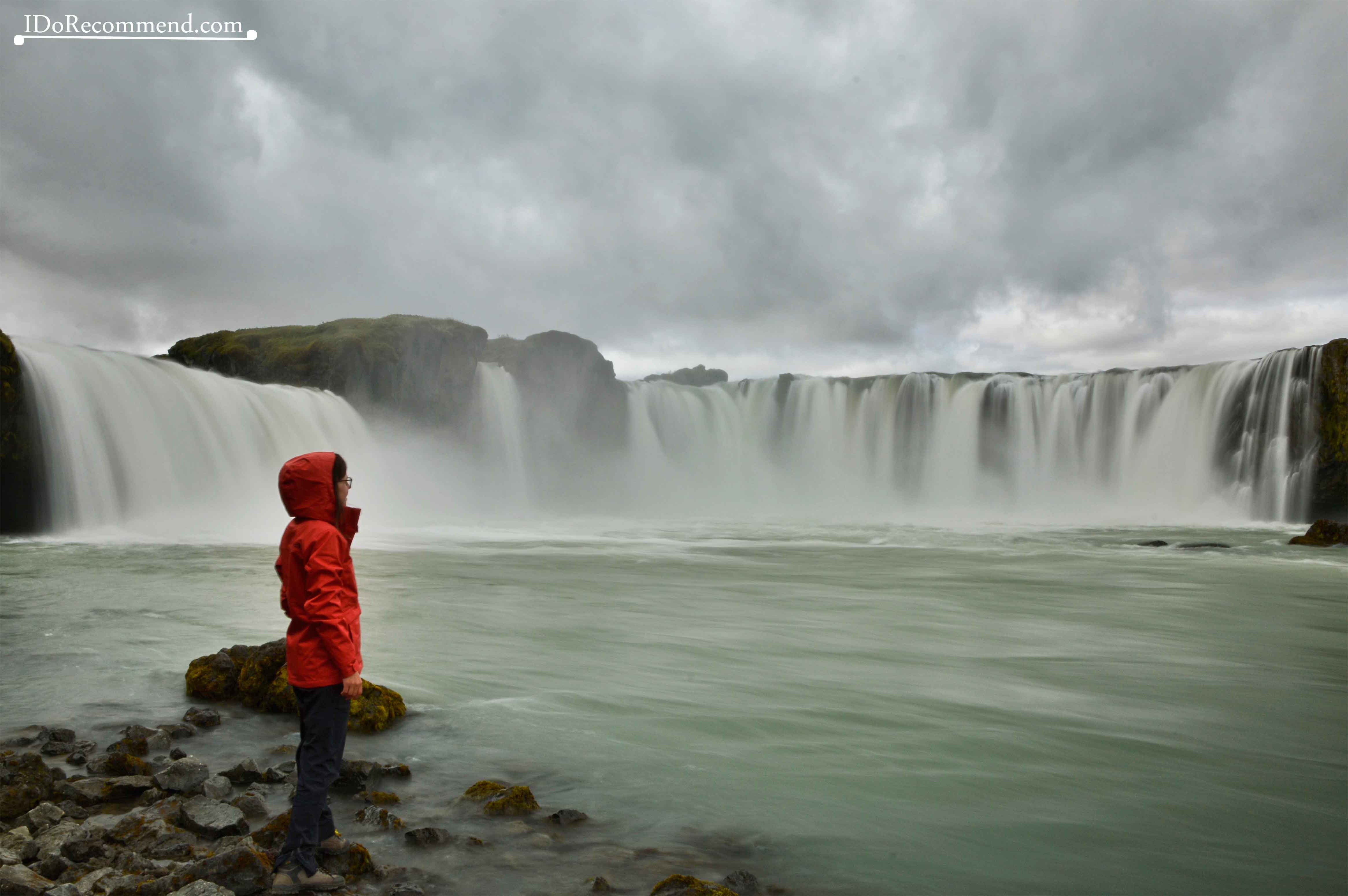 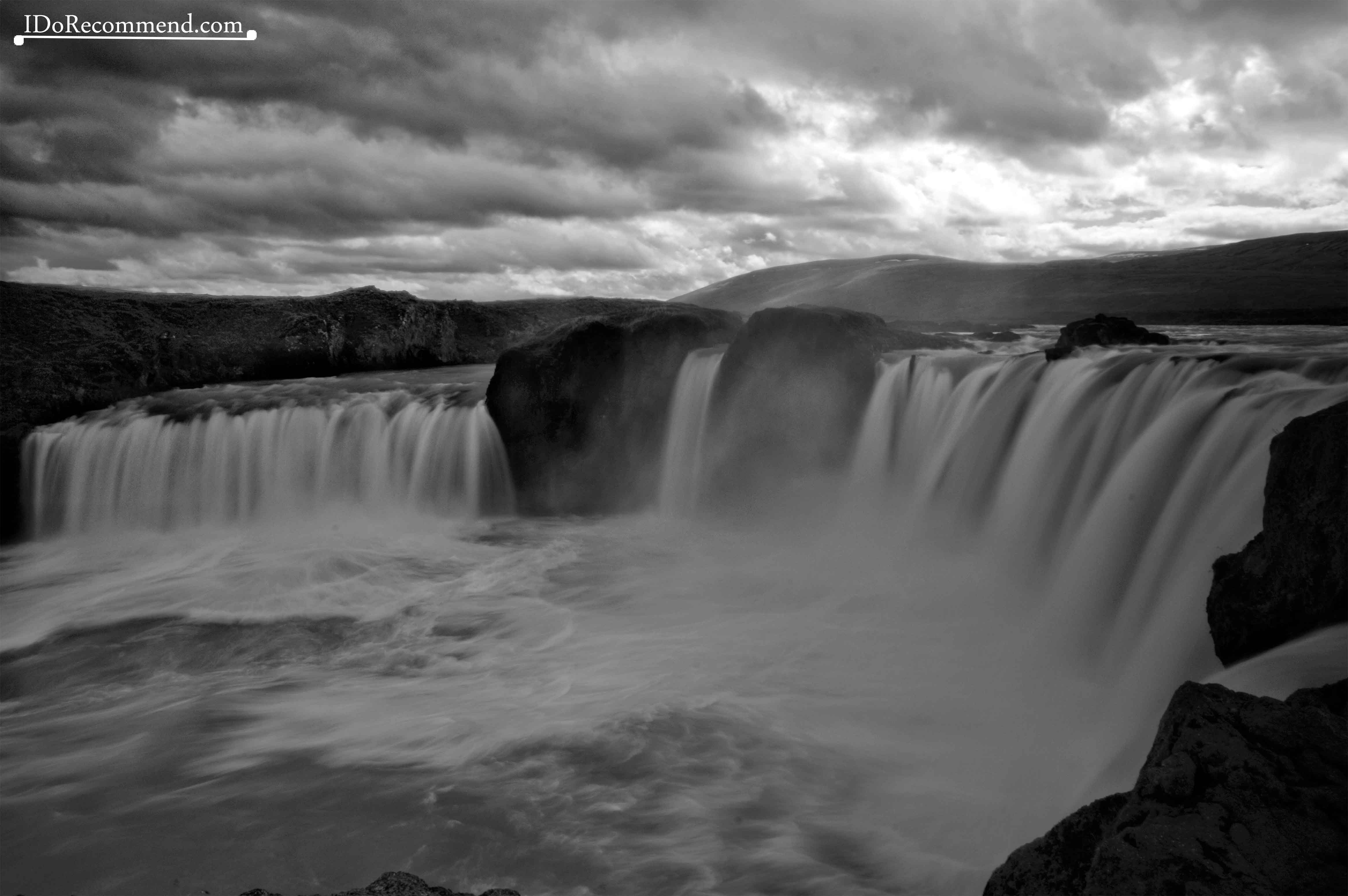 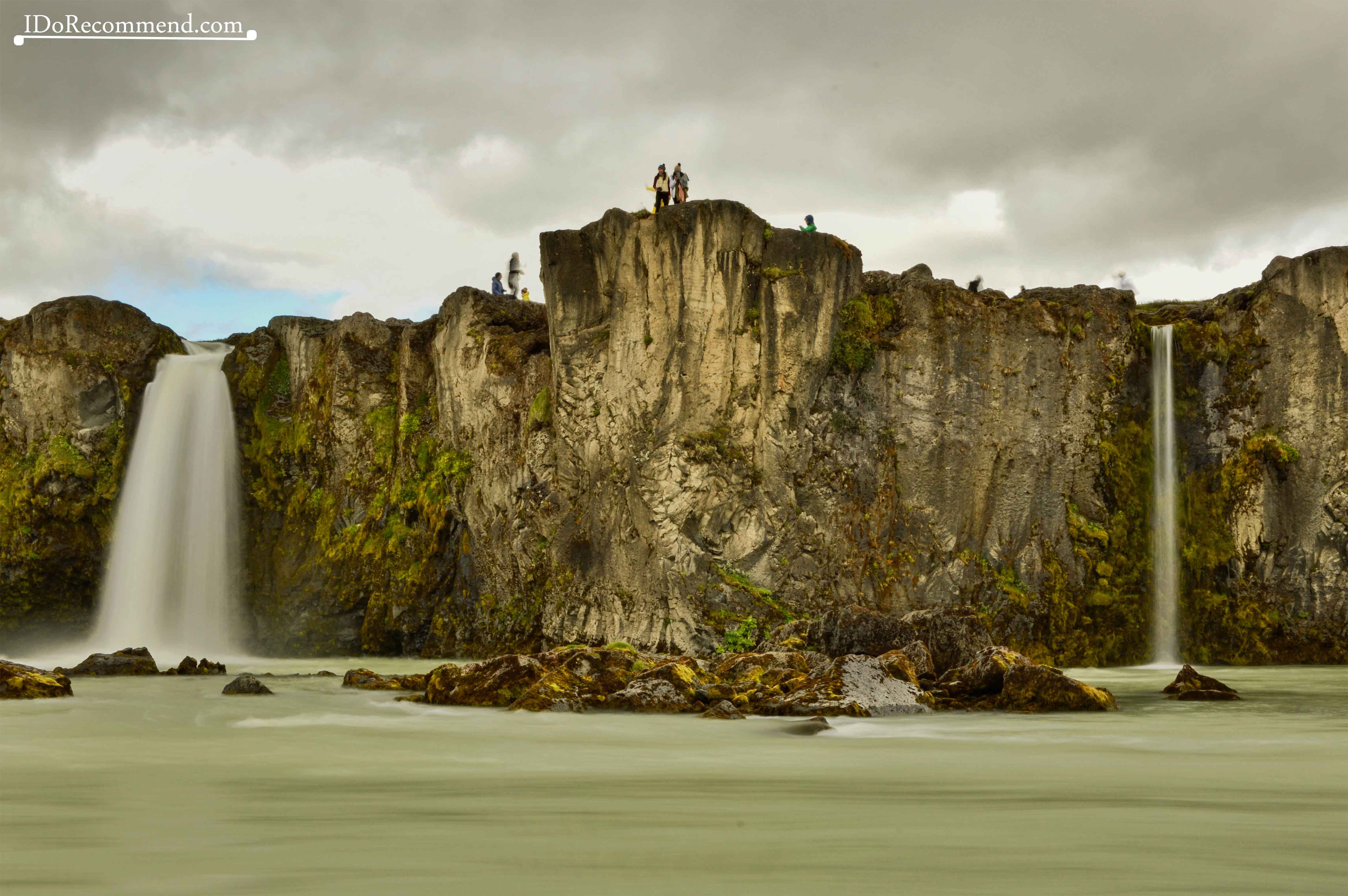 Goðafoss (“The waterfall of the Gods”), curves along a semicircular rim, creating a perfectly white “curtain” that falls 12 meters into a foamy pool. I spent more than one hour taking photos of it and enjoying that moment to the fullest, as my attention used to be completely captured by the rhythm and sound of the water, rather than any other distracting thoughts. 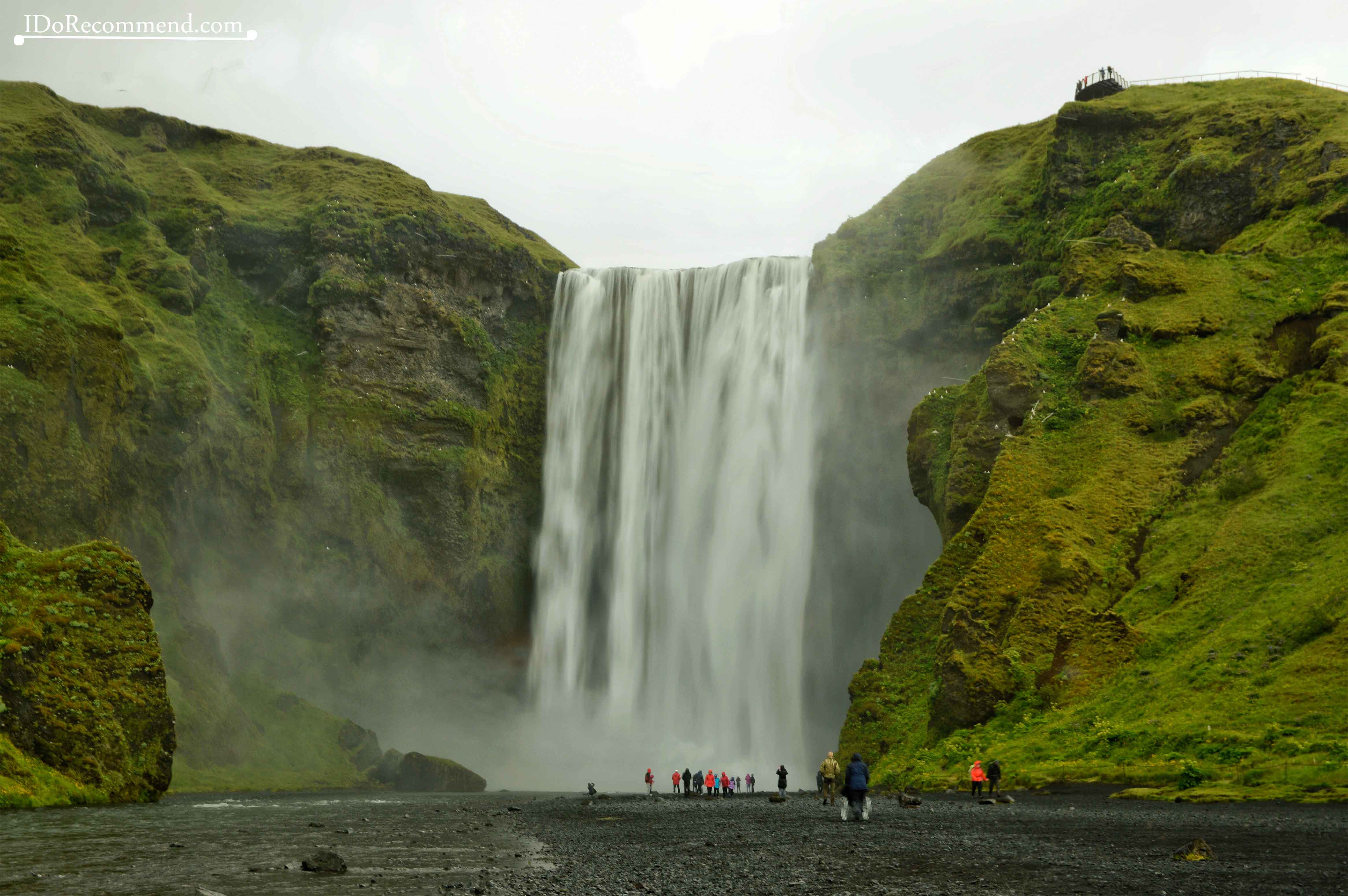 Skógafoss is another proof of the incredible force of nature. It is so overwhelming marveling at the 25 meters/82 feet waterfall from below even though you might get drenched in the drizzle. So make sure to protect your camera. You can even venture to the top of the waterfall for a better view. There is a steep climb including about 500 steps. 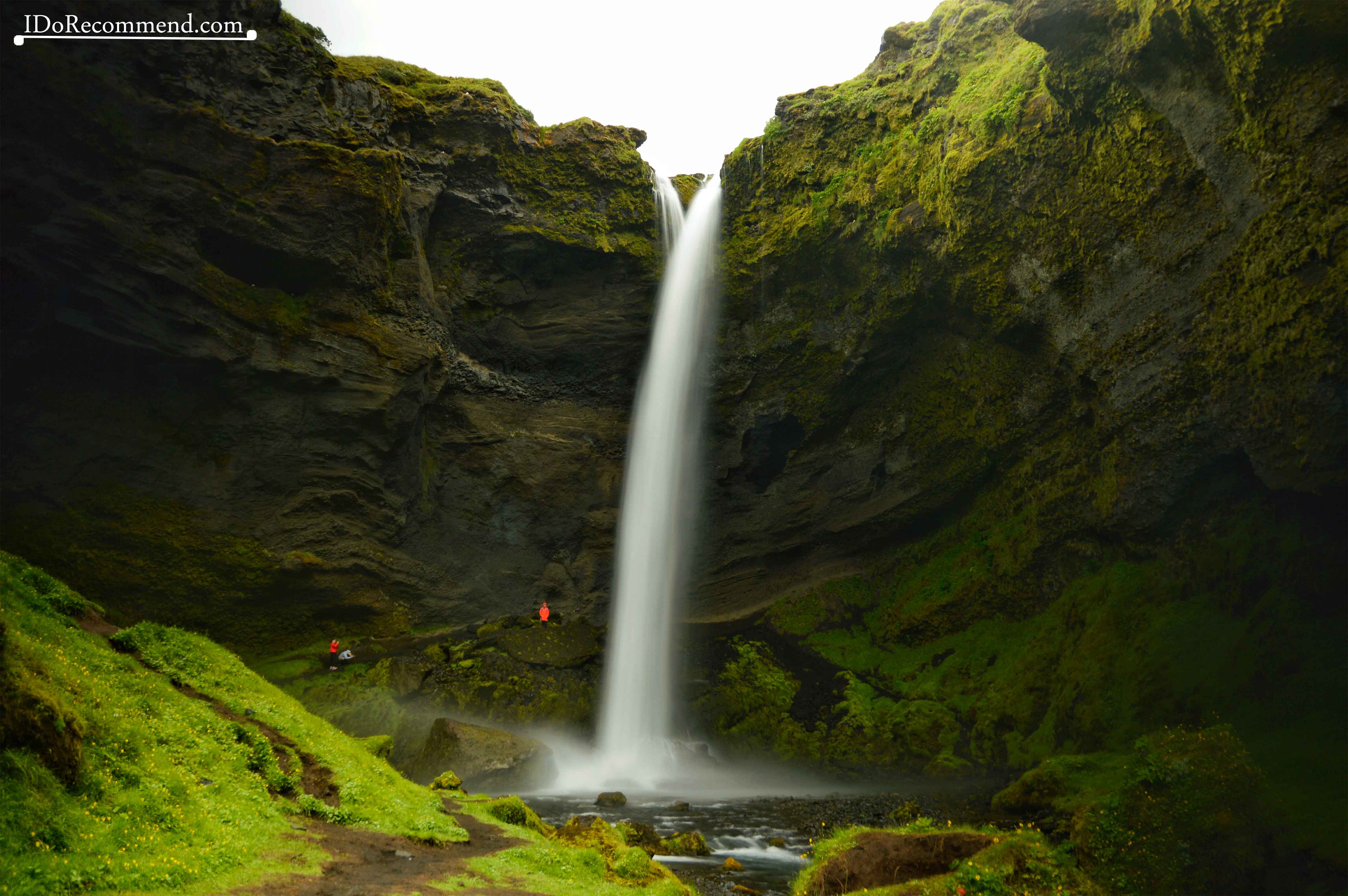 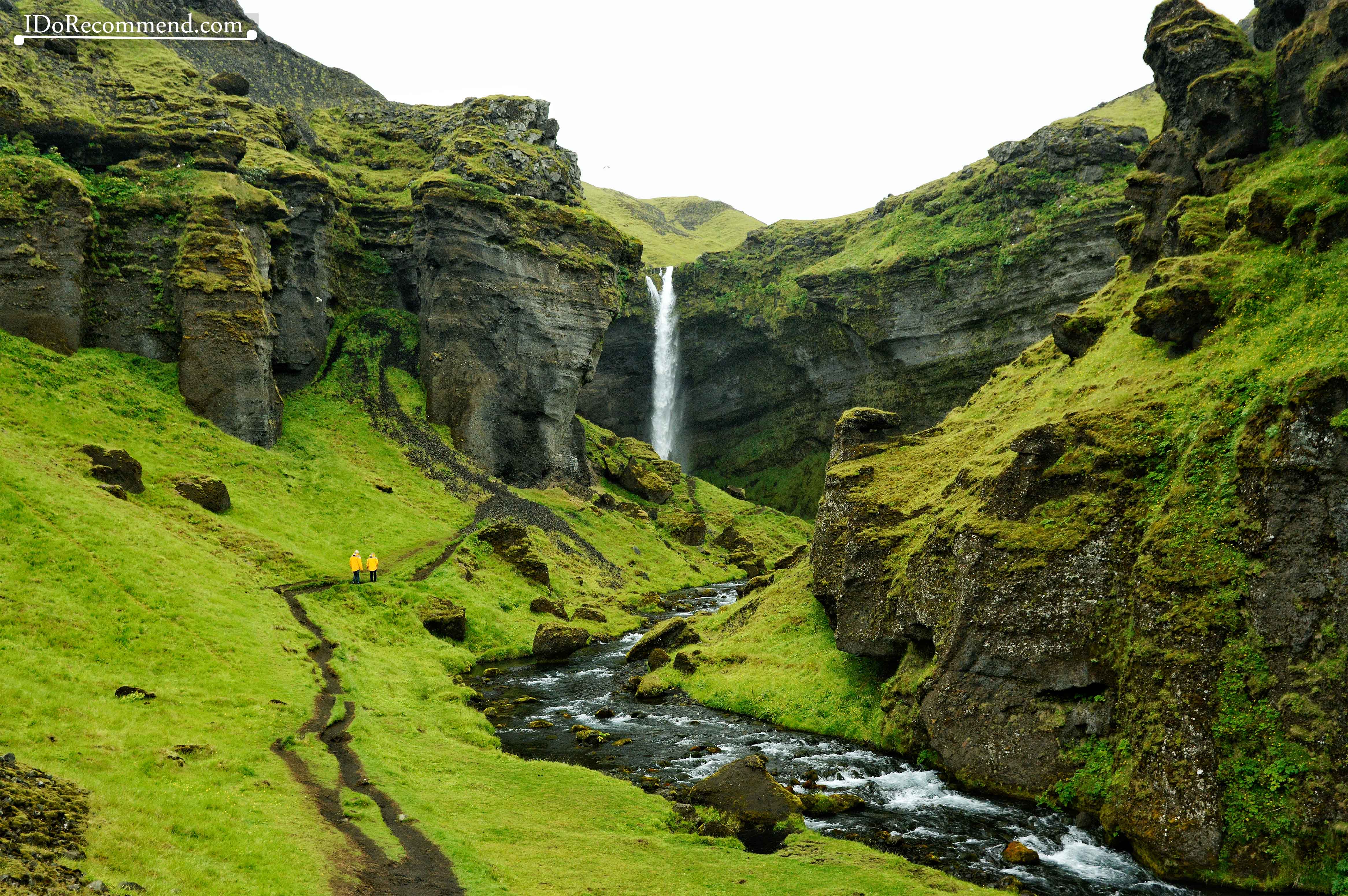 Kvernufoss is a beautiful waterfall located 15 minutes walk from the ring road in a gorge covered with moss. The scenery is really impressive. You can even walk behind the waterfall, but because of the drizzle you won’t be able to stay longer there. 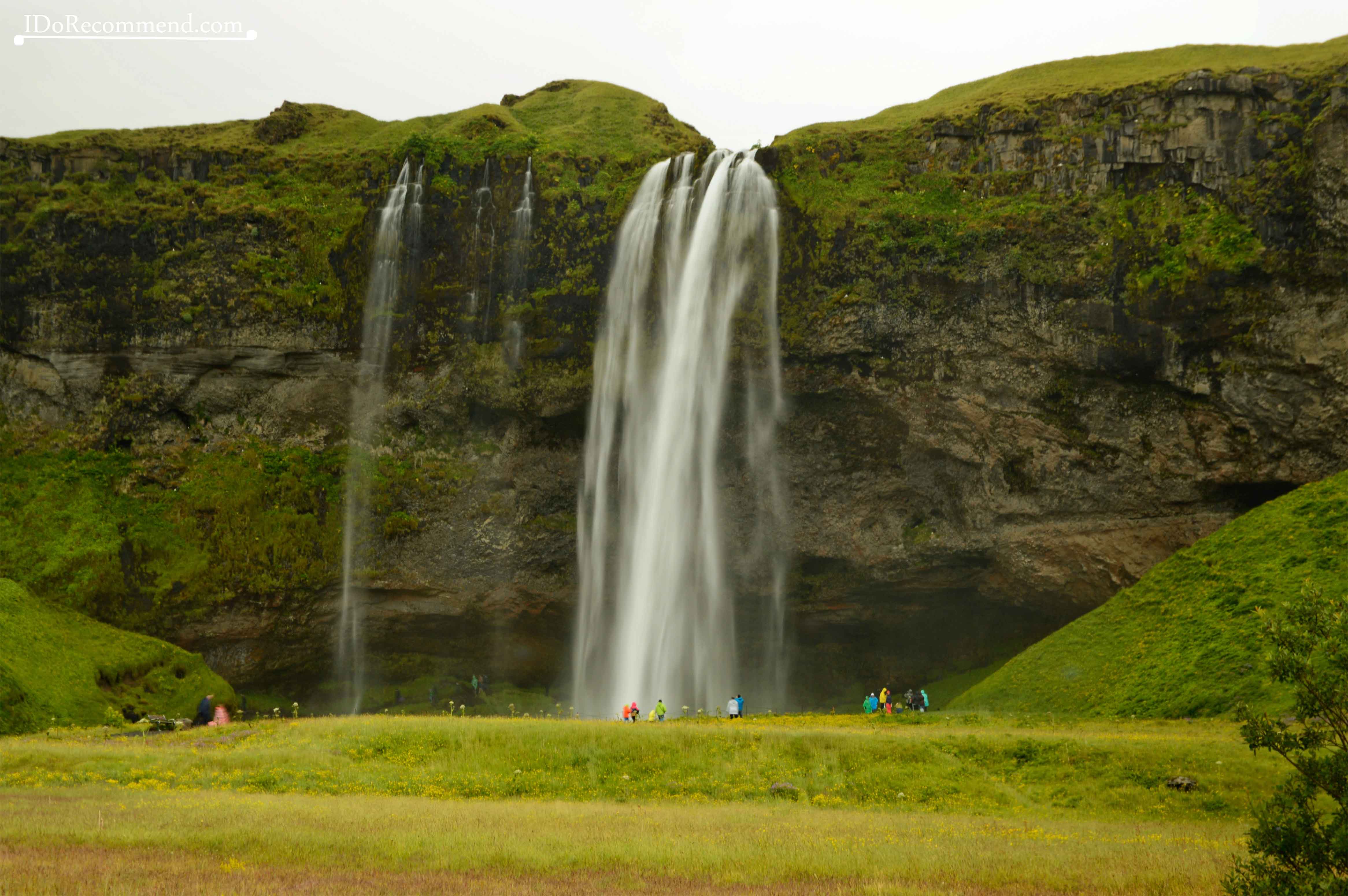 Seljalandsfoss is a famous waterfall which cascades over majestic cliffs, into a meadow. There is a slippery path running behind the curtain of water, but due to risk of falling ice, the path is closed in winter. 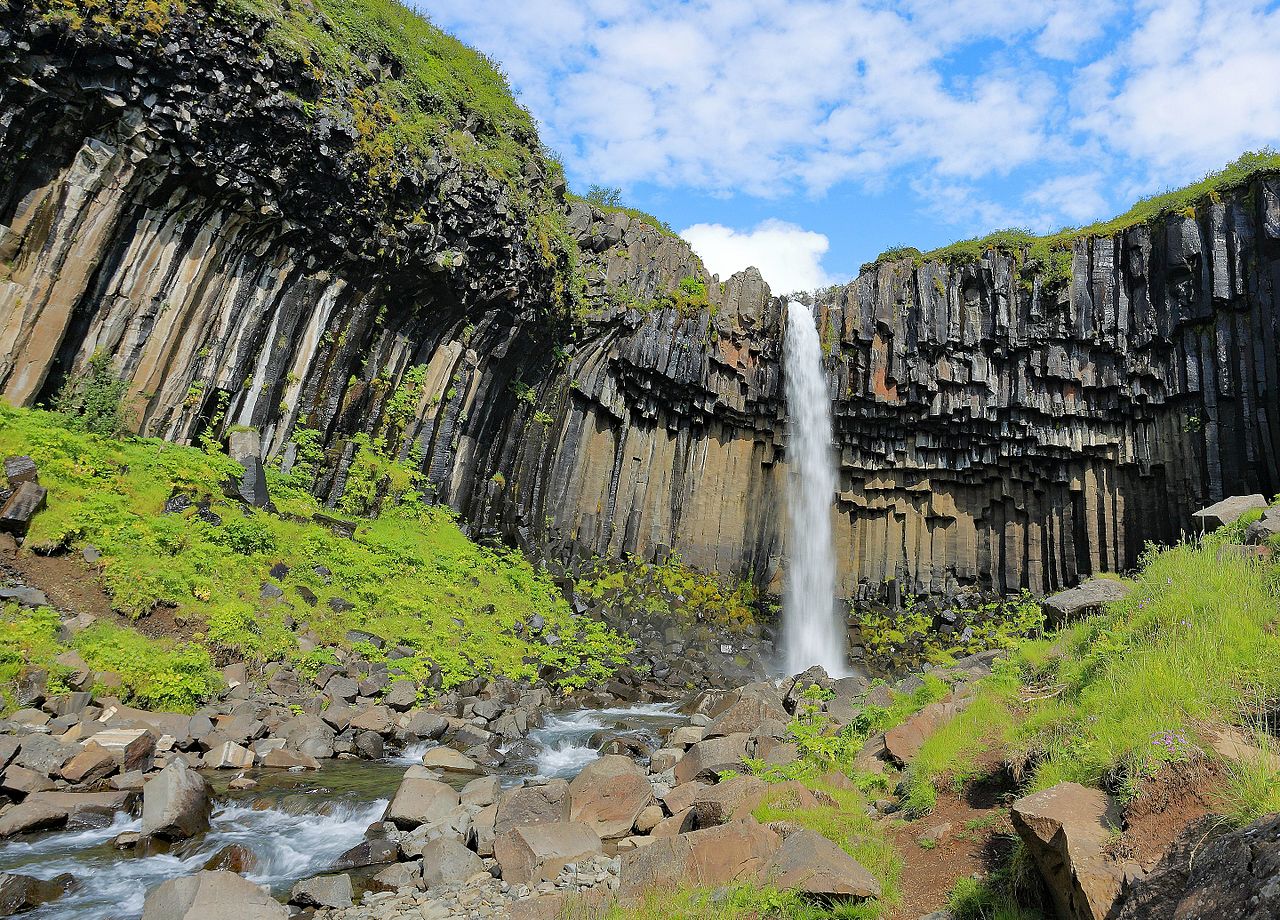 Svartifoss is a unique waterfall due to its columnar basalt formations. Those beautiful columns inspired the architect who designed the Hallgrímskirkja church in Reykjavik. The waterfall cannot be seen from the road, so you have to go uphill for about 1.5km/0.93mile.

Brúarfoss has an incredible charm due to the surreal color of the water. The waterfall is located off the beaten path of the Golden circle route, so it is far from the tourists crowd. 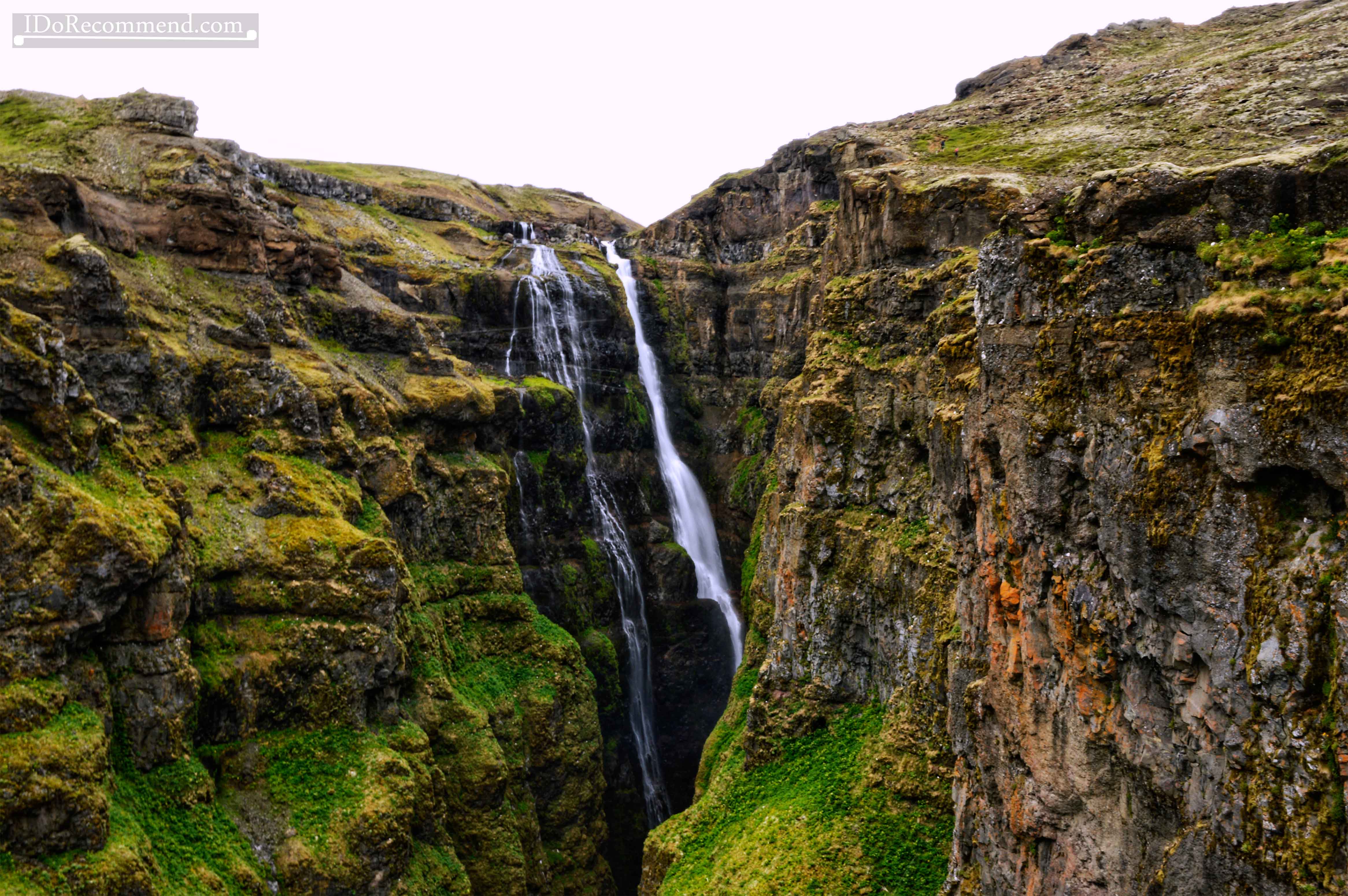 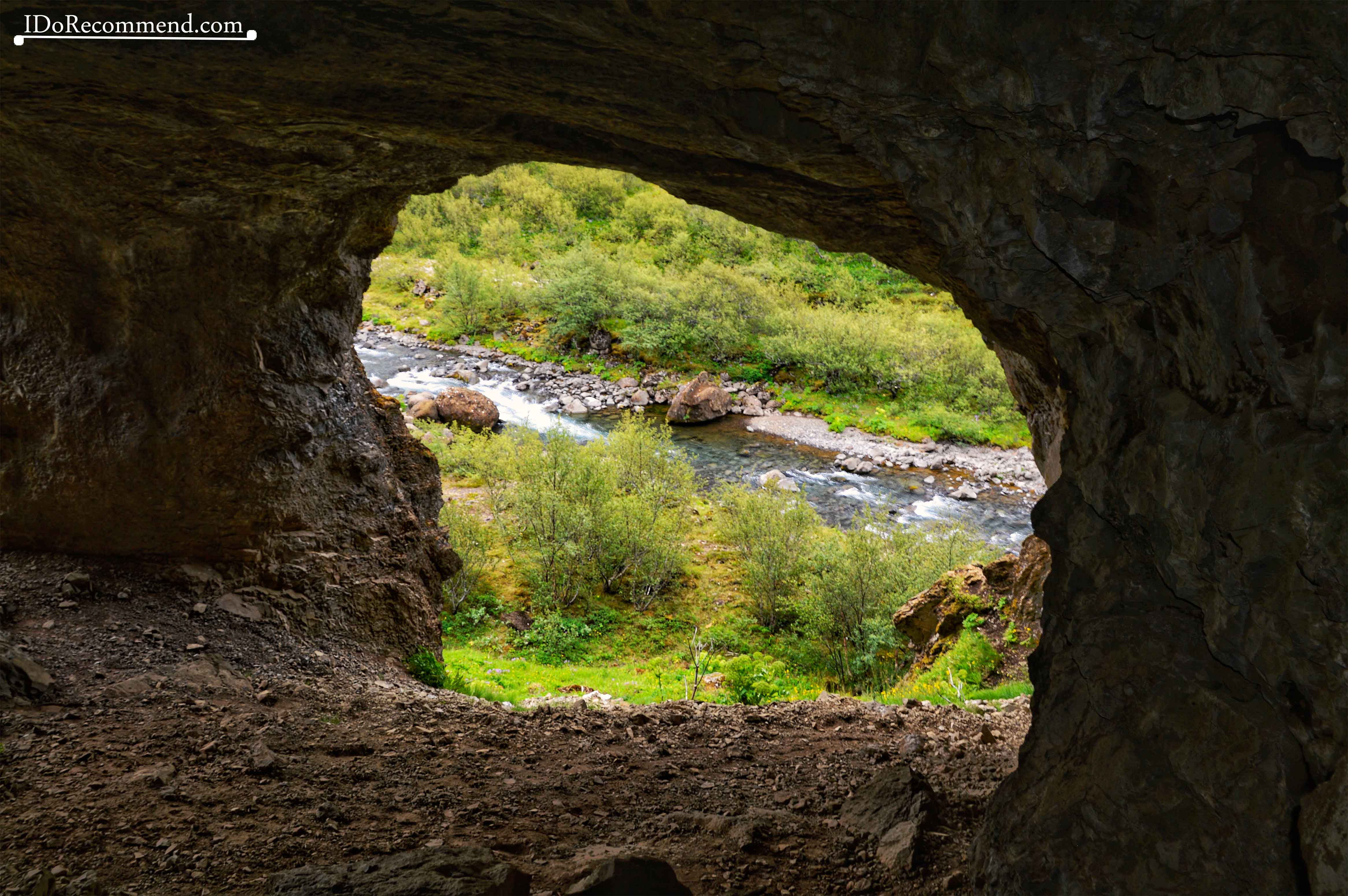 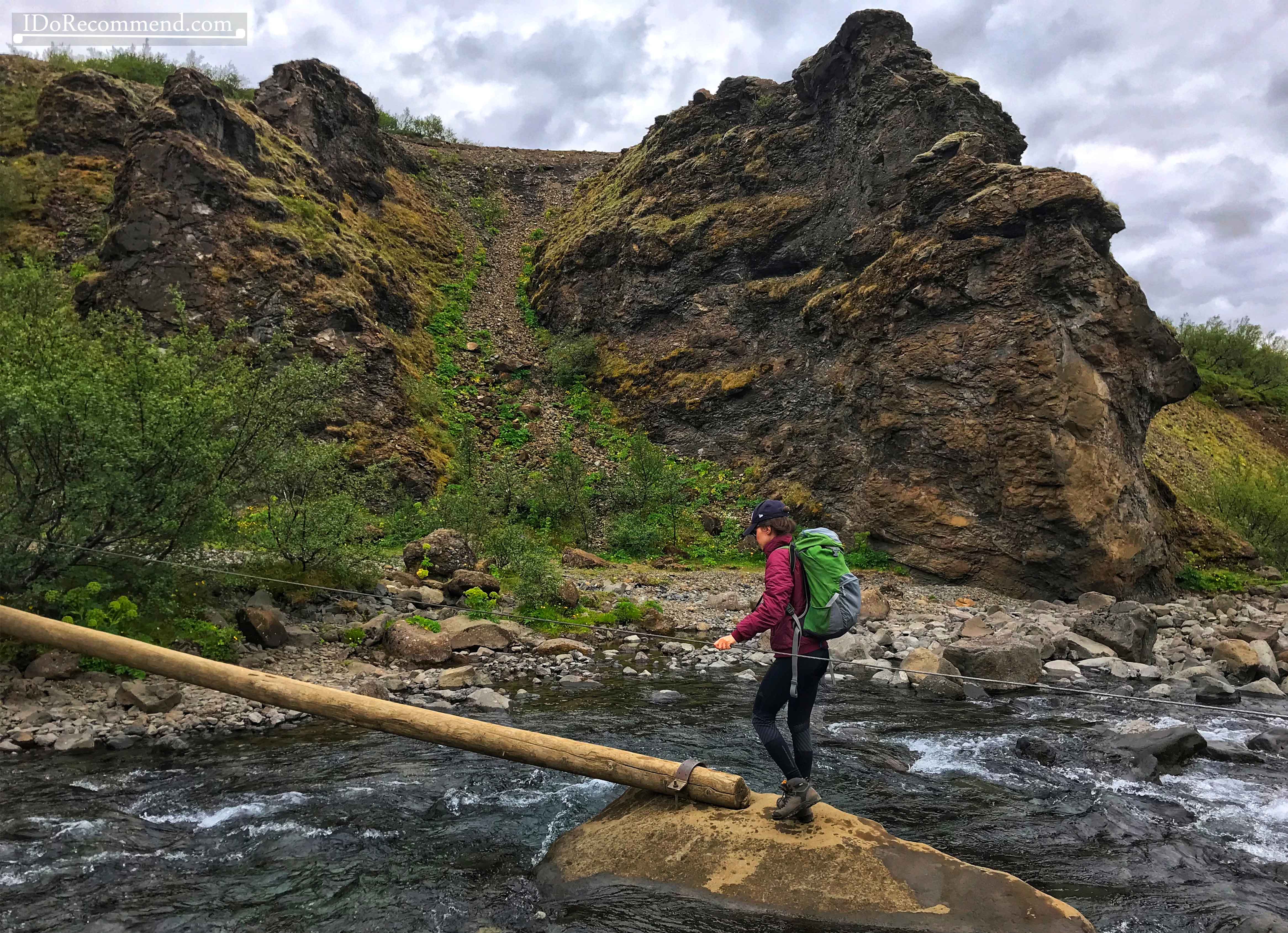 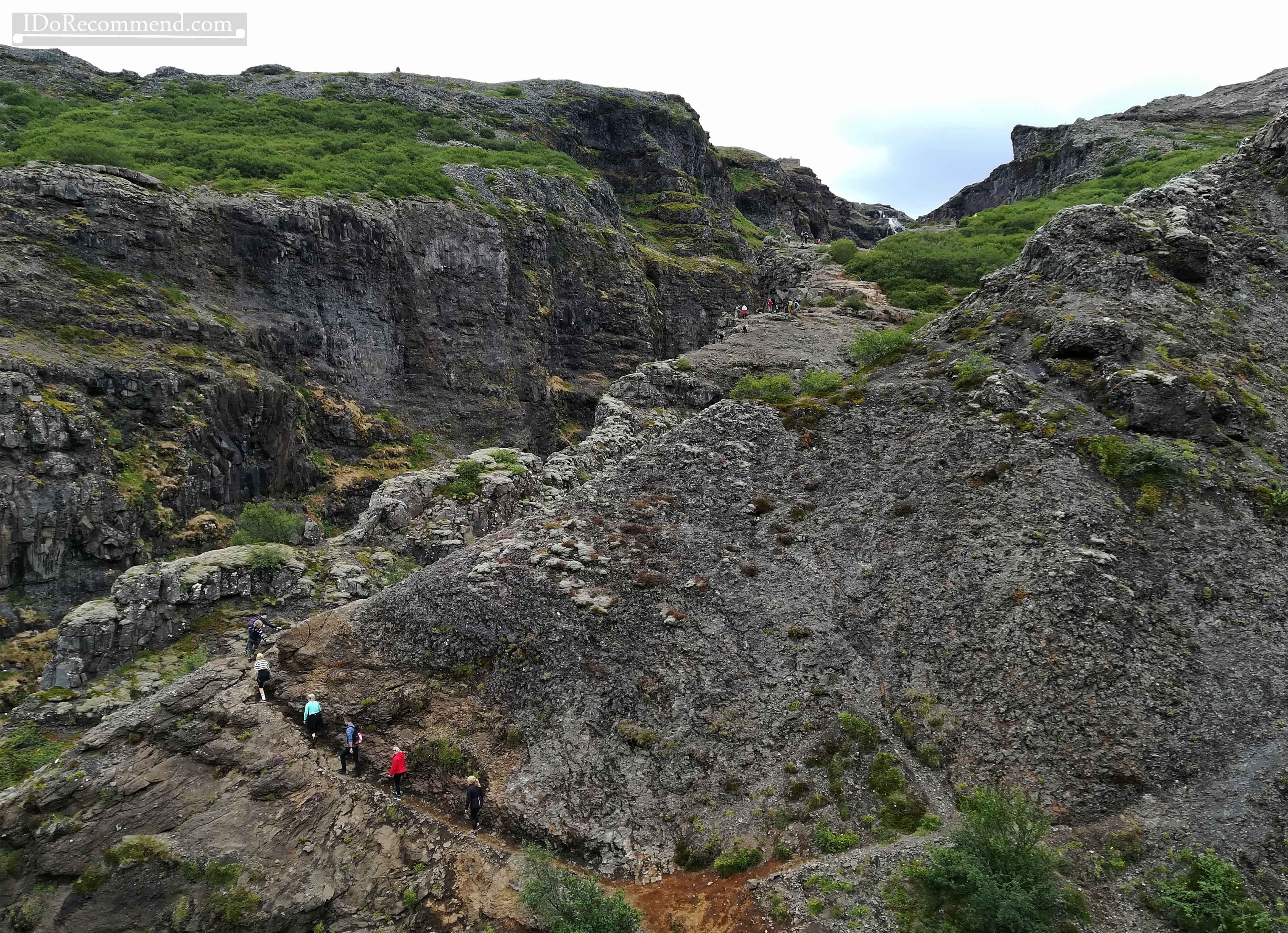 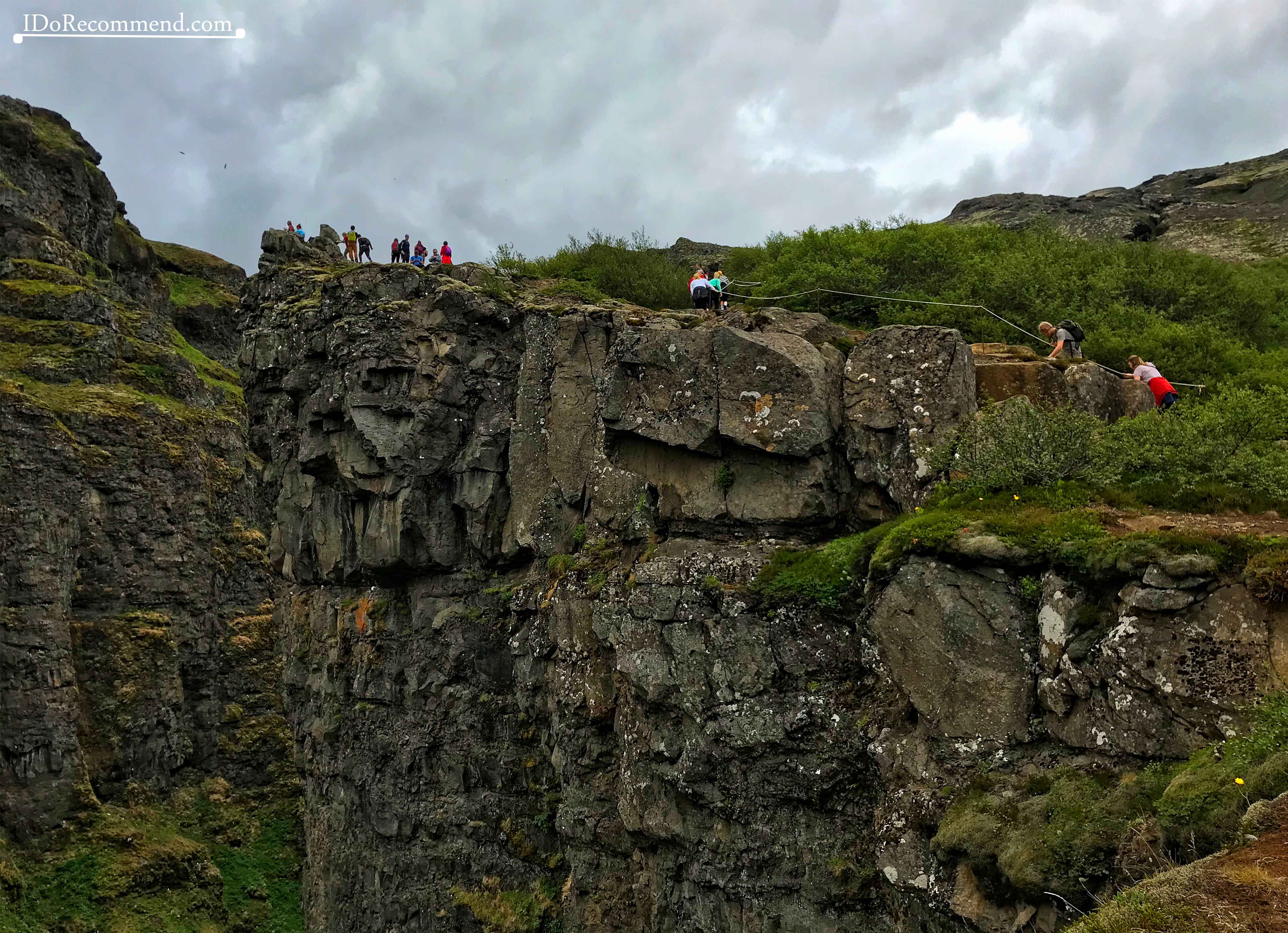 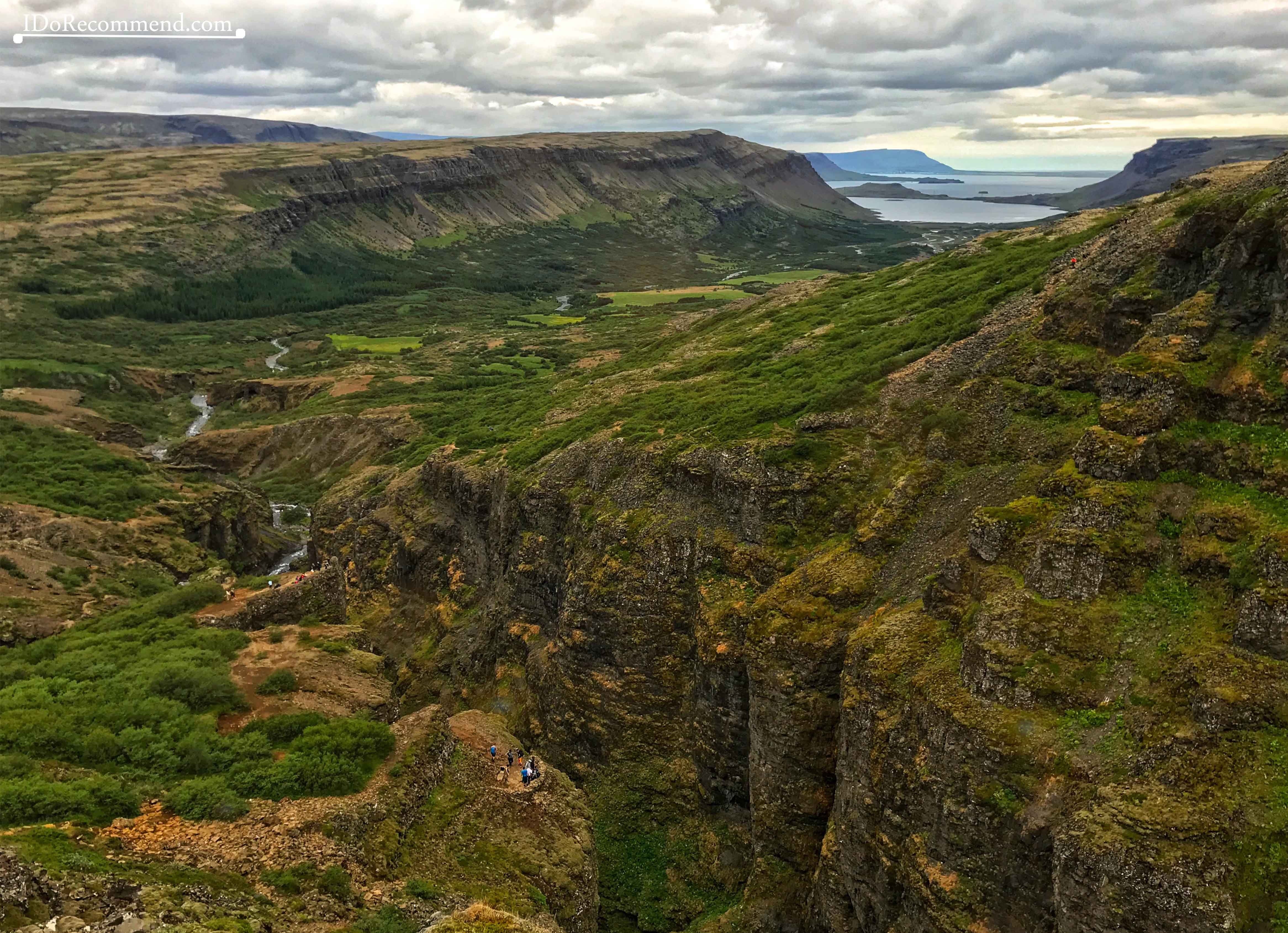 If you plan to go hiking to Iceland’s second highest waterfall, Glymur (198m), make sure you have proper boots. The waterfall is not visible from the road and the round trip to it takes around 3h-3.5h. We started hiking along the South side which is more steep, leading into a cave and some rocky areas, but offering a better view of the waterfall and its canyon. For going down we took the North side, but we had to wade the river on top. In the beginning I tried to cross half of the river by stepping stones, but then the water got deeper (∼15 cm/6 inch deep), so I took off my shoes and crossed the ~5°C/41°F cold river barefoot. For me it wasn’t that bad in the end, but I saw people slipping on rocks and falling into the water. It was nothing dangerous, just unpleasant for them. 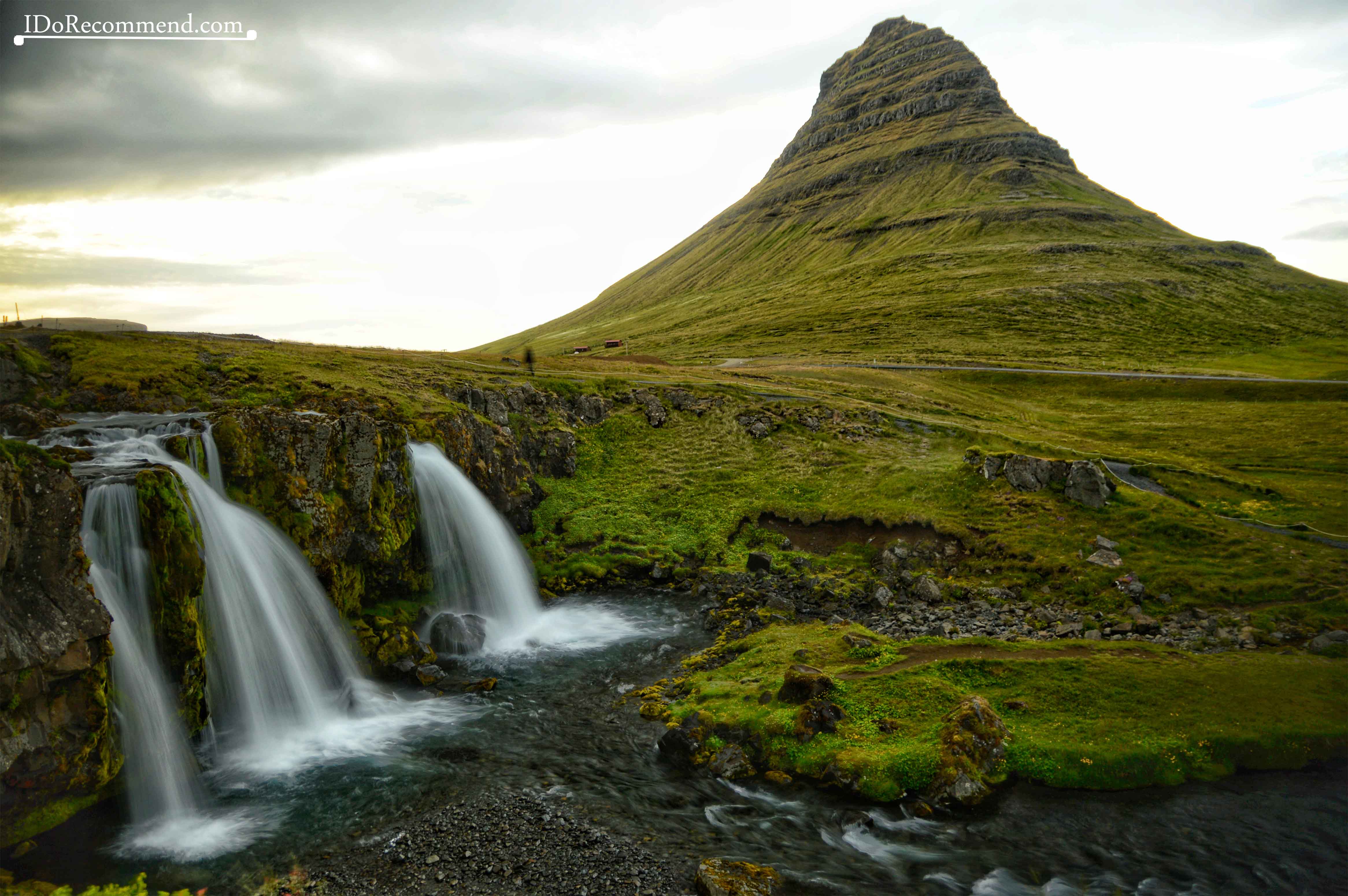 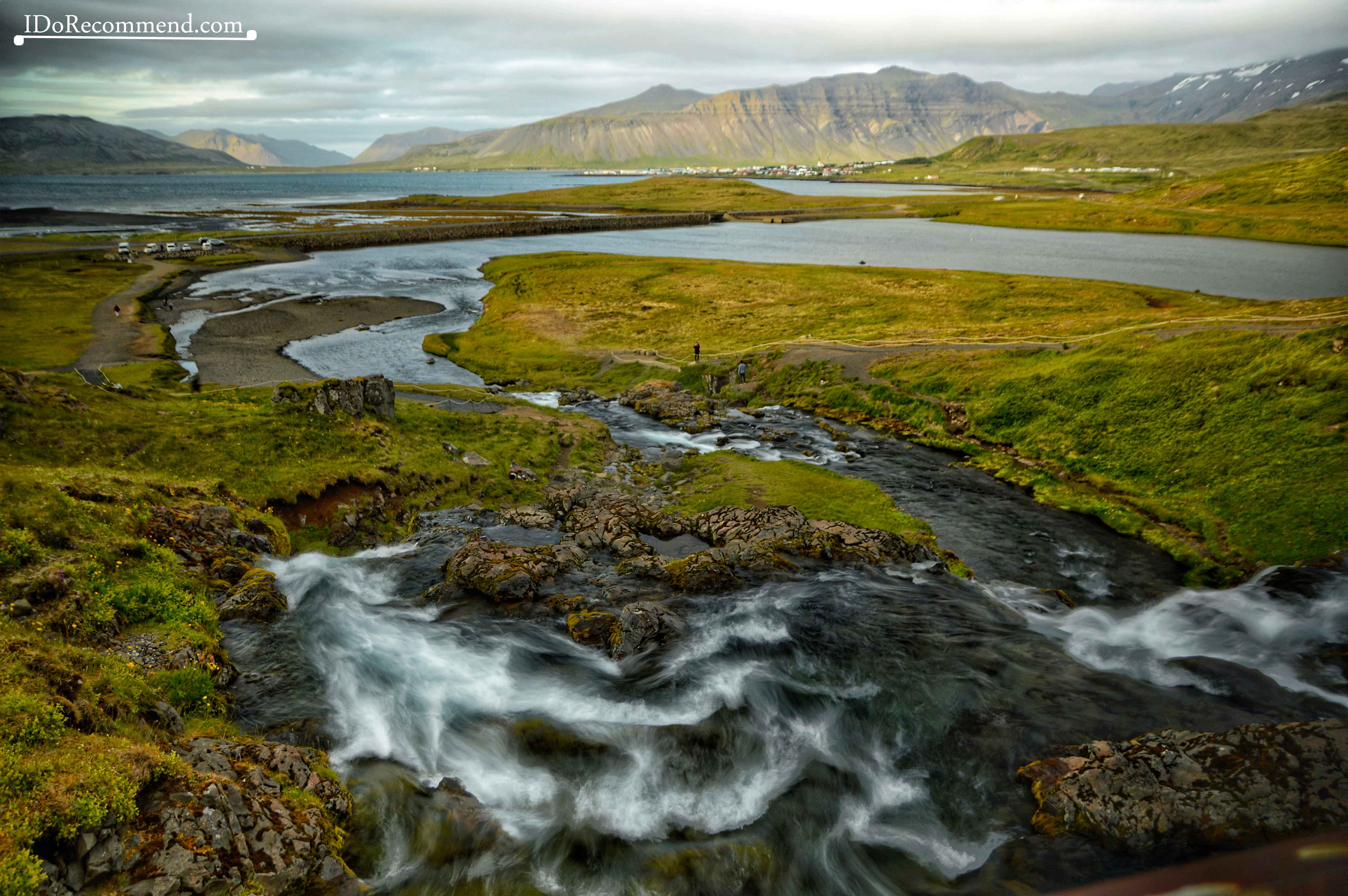 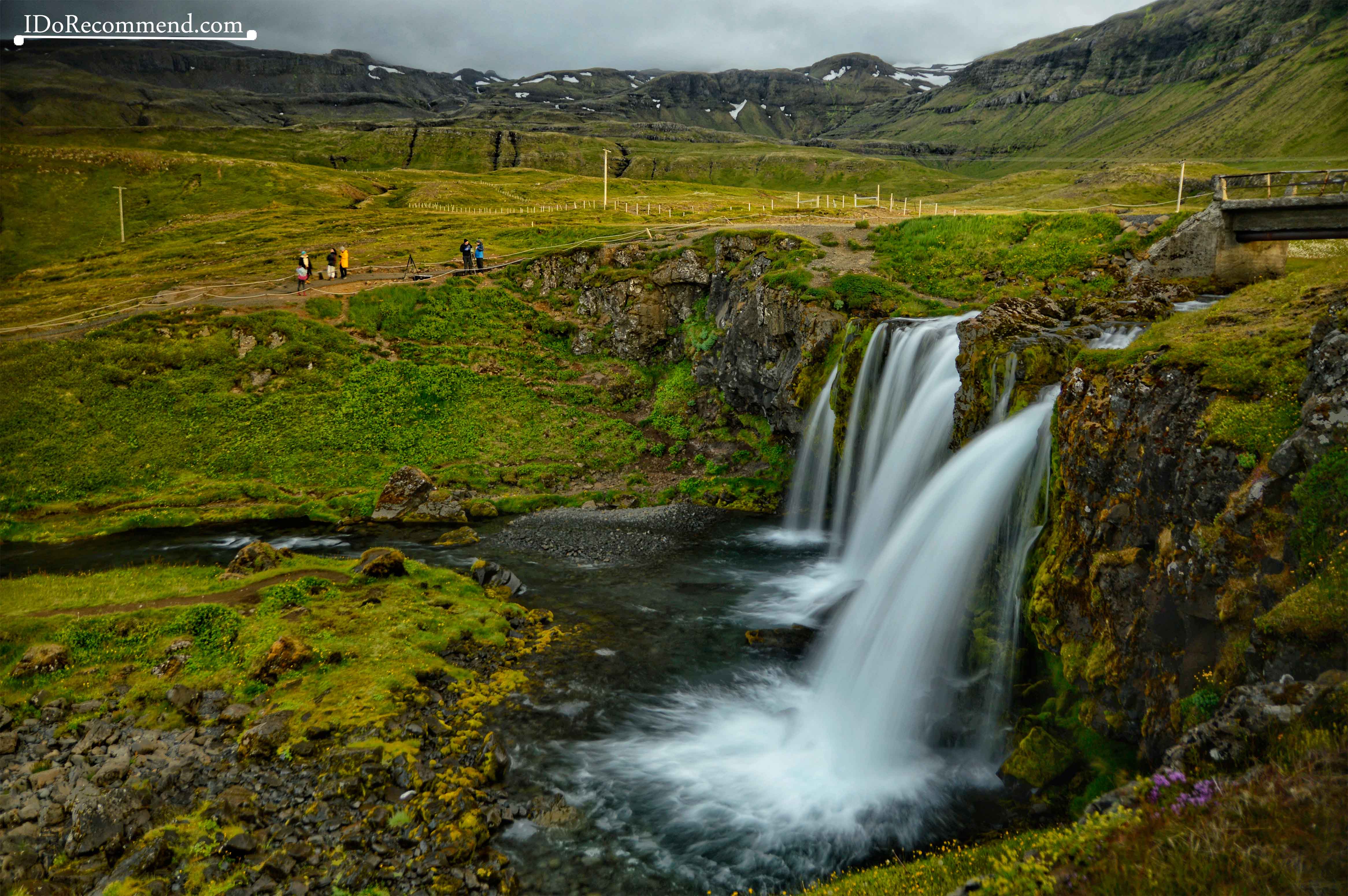 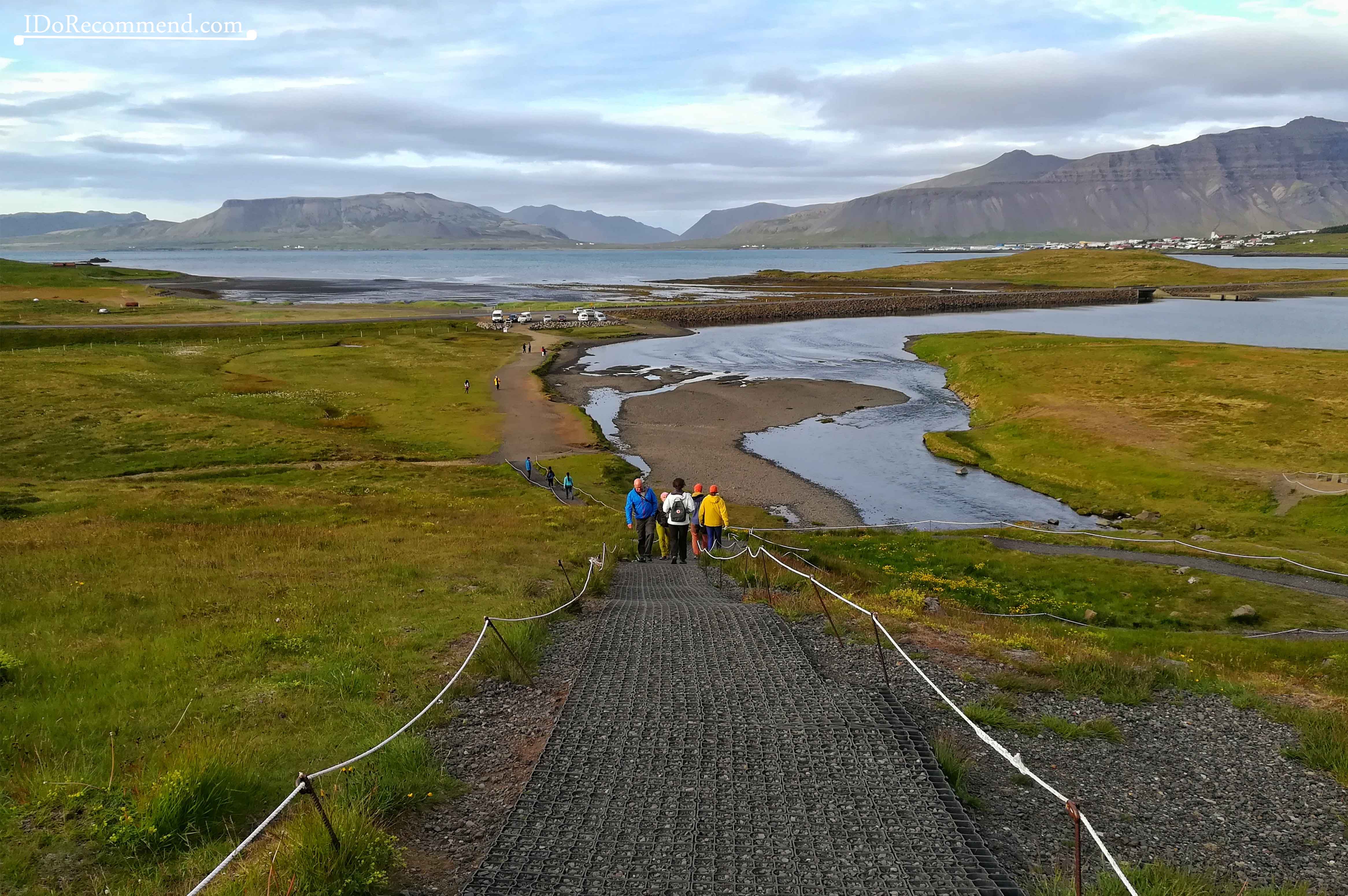 The area next to Kirkjufell Mountain

Kirkjufellsfoss Waterfall, found next to Kirkjufell Mountain (463 m/1520 feet) which is said to be the most photographed mountain in Iceland, gives the entire landscape a certain level of brightness and dynamics. The scenery is quite spectacular and I spent a good long while trying to capture in photos the real beauty of that place.