Cooee the Palms Hotel (booking through Eturia travel agency based in Romania).

Sri Lanka is an Asian island country located in the Indian Ocean, with the capital city of Colombo, being the world’s second largest tea exporter, after China. Most of the inhabitants speak Sinhalese language and are Buddhist, while another part of the population is Tamil of Hindu religion. Having a humid tropical climate with annual average temperatures between 28-30ºC (82-86ºF), this country is a favorite destination among those who love the heat (especially in winter) and the Asian culture. Vaccines are not mandatory, which is why many families with children choose to spend their holidays in Sri Lanka. 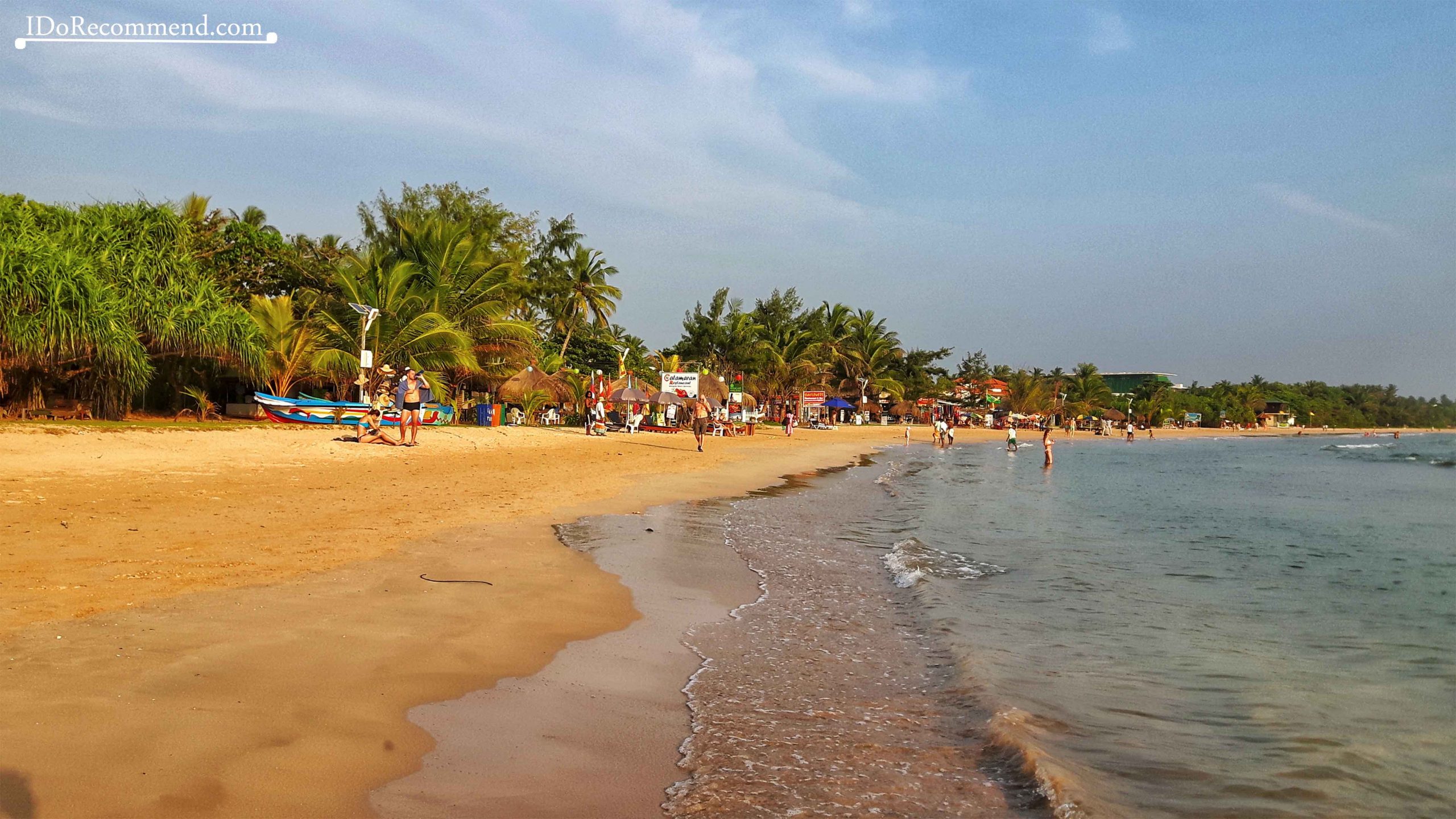 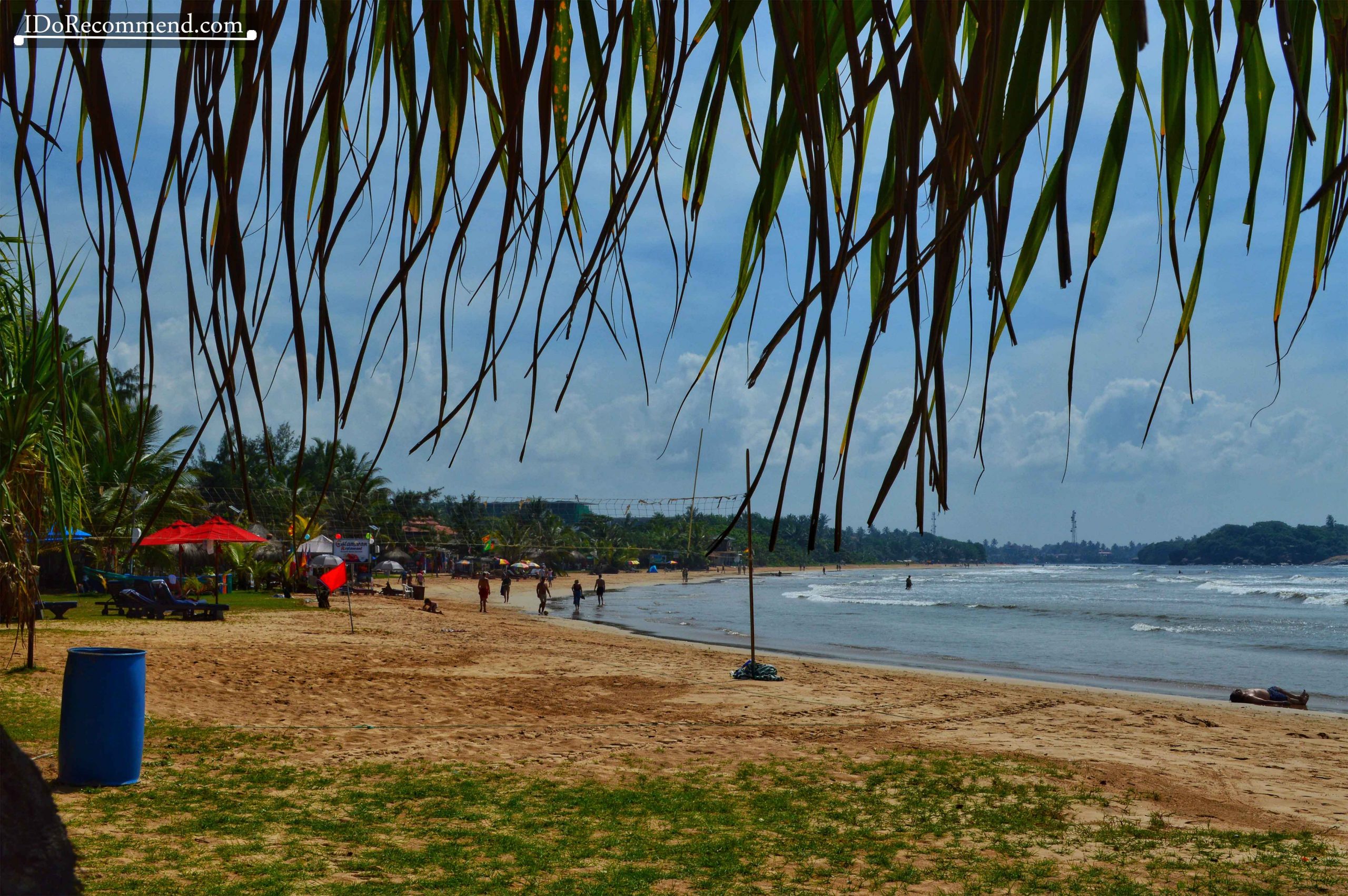 Sri Lanka was once dominated by Portuguese, Dutch and British until 1948 when it became an independent territory. The great empires were attracted by the strategic position of Sri Lanka, making it an important hub for transactions with spices (cinnamon, cardamom, black pepper) and gemstones. Marco Polo mentioned Sri Lanka as having the best sapphires, topazes, amethysts and other gems in the world. In 1972 the country’s name was changed from Ceylon (name given by the British) to Sri Lanka (“resplendent island”). 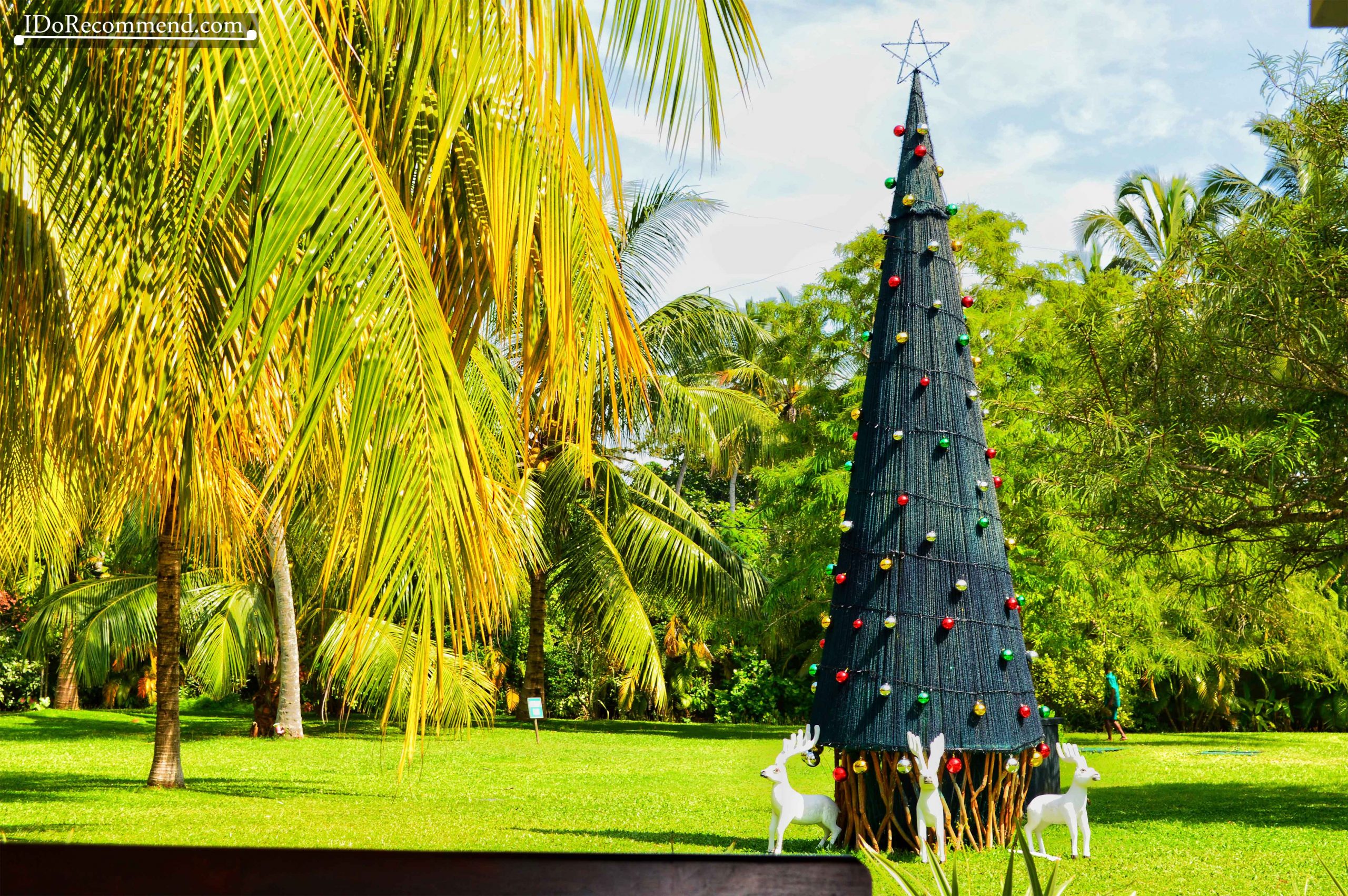 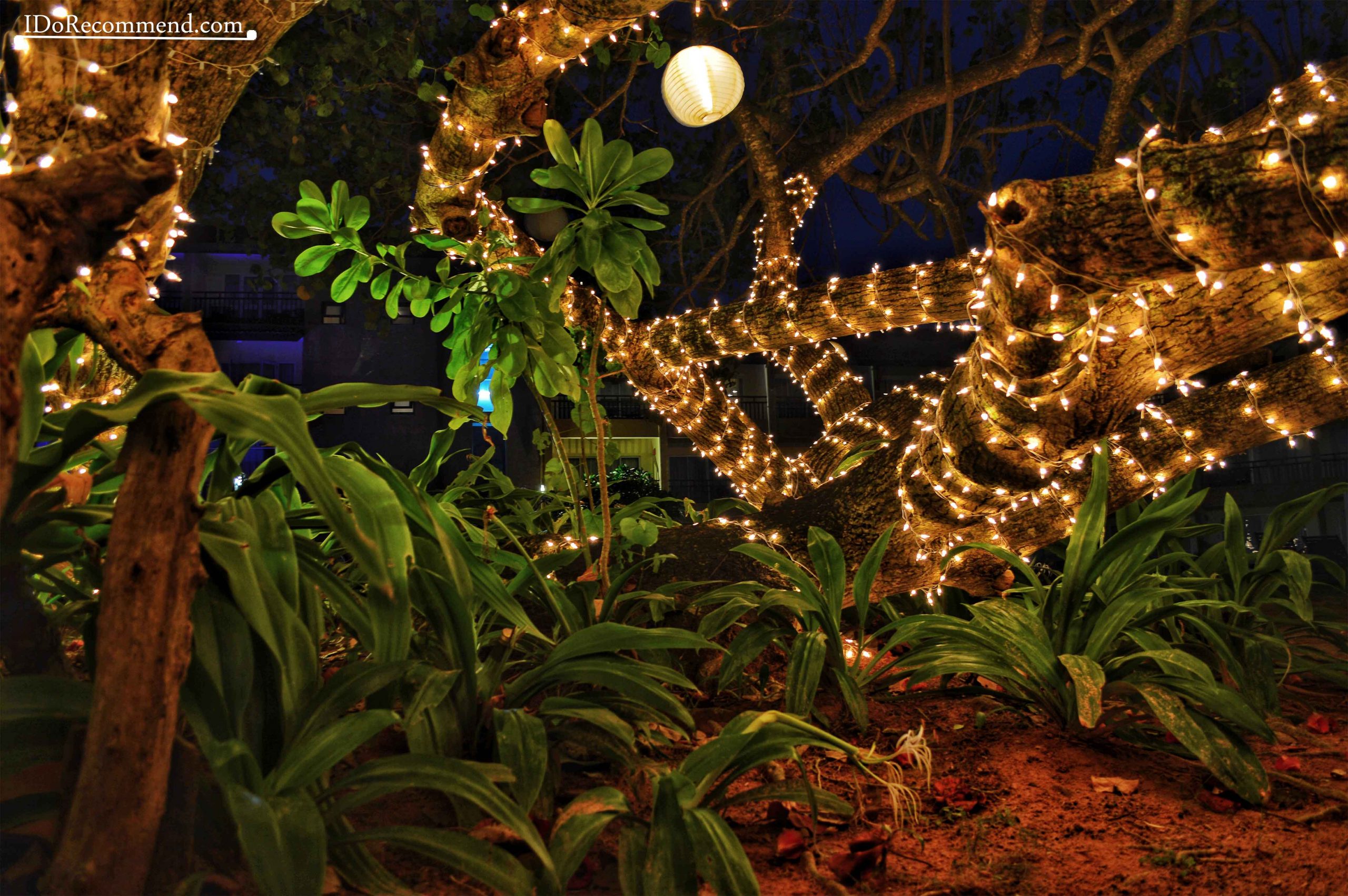 Sri Lanka was one of the few holiday destinations for which we contacted a travel agency, Eturia, and we had a very nice experience with it. We celebrated the New Year’s Eve in Sri Lanka. In the season, the prices increase by at least 50%. In addition, the decision of staying 10 days in a resort hotel was not the best for us and we didn’t make the most of that holiday. It limited our possibilities of really discovering the island. We had already paid a lot of money for the holiday package, so we didn’t want to book many other trips from the hotel to visit the surroundings. In conclusion, next time I would plan the trip by myself, choosing to stay at locals (Airbnb) or in small-sized accommodation, avoiding the Christmas/New Year’s Eve season as much as possible and visiting more places. 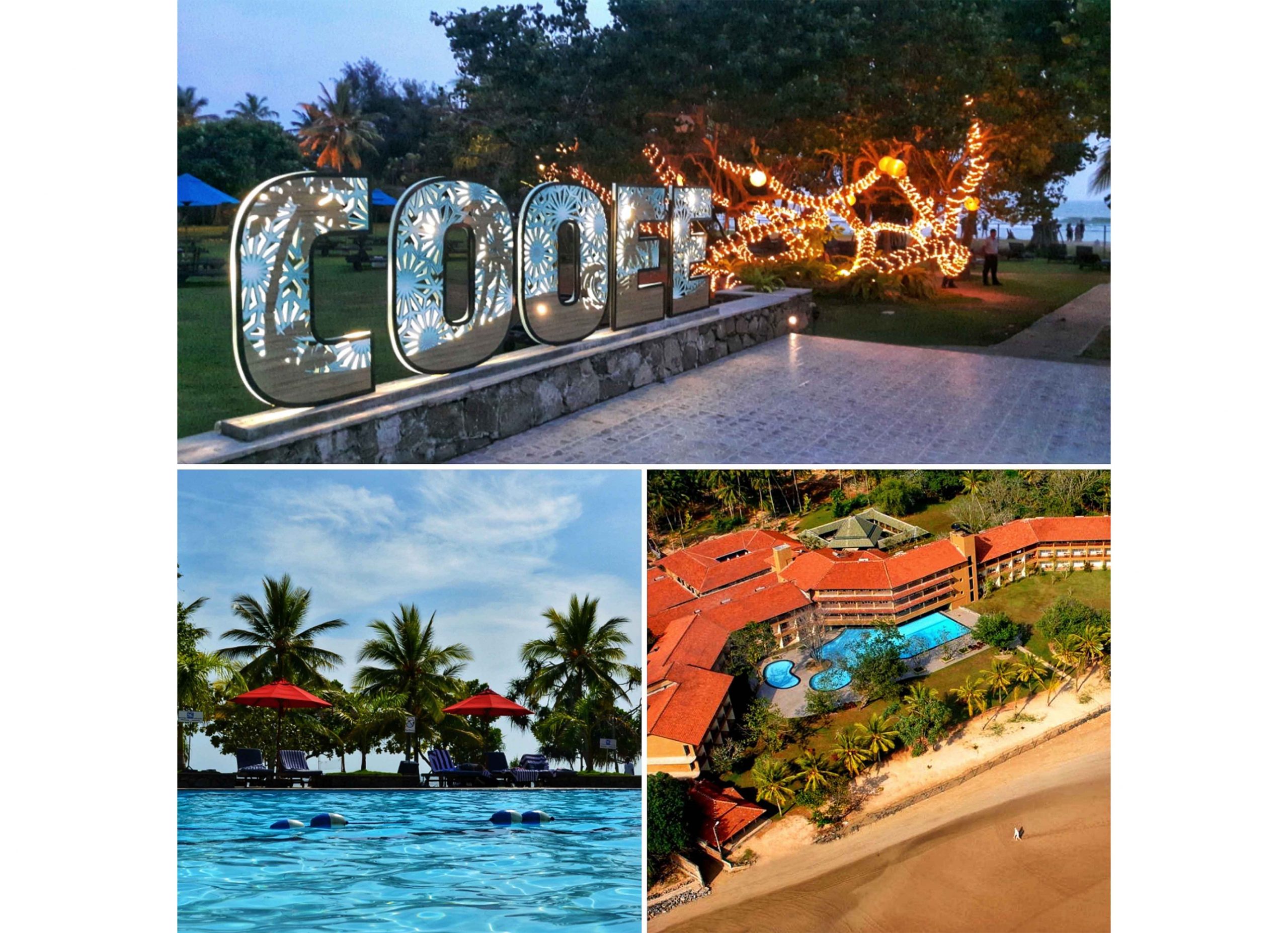 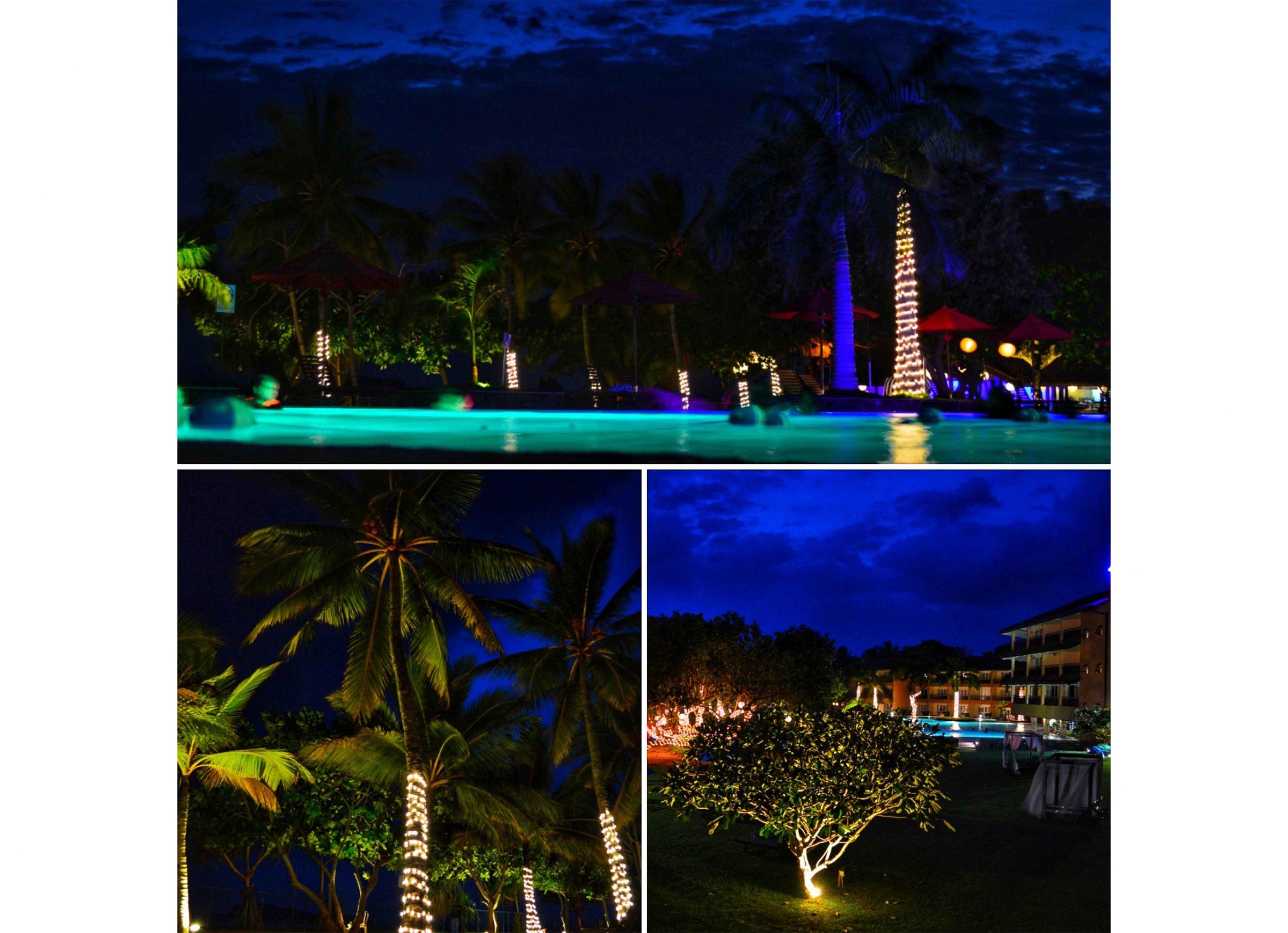 Sri Lanka has generated a mix of feelings inside of us. We saw monitor lizards (genus Varanus) walking freely through the garden and snakes crossing the alleyways of the resort, we attended a performance of a snake charmer playing the flute, while the cobras went out from the baskets brought by him, we had a Christmas tree among the palm trees, we enjoyed the fireworks on the Indian Ocean beach, we quarreled with a tuk-tuk driver who asked us for a double price than normal, we were stalked by a man for a long time and, without understanding his intentions, we decided to get rid of him by jumping into the first tuk-tuk that came our way, we brought a durian into the hotel, finding out later that fruit was forbidden in the resort, so an unbearable smell filled our room. And the memories list could easily continue. 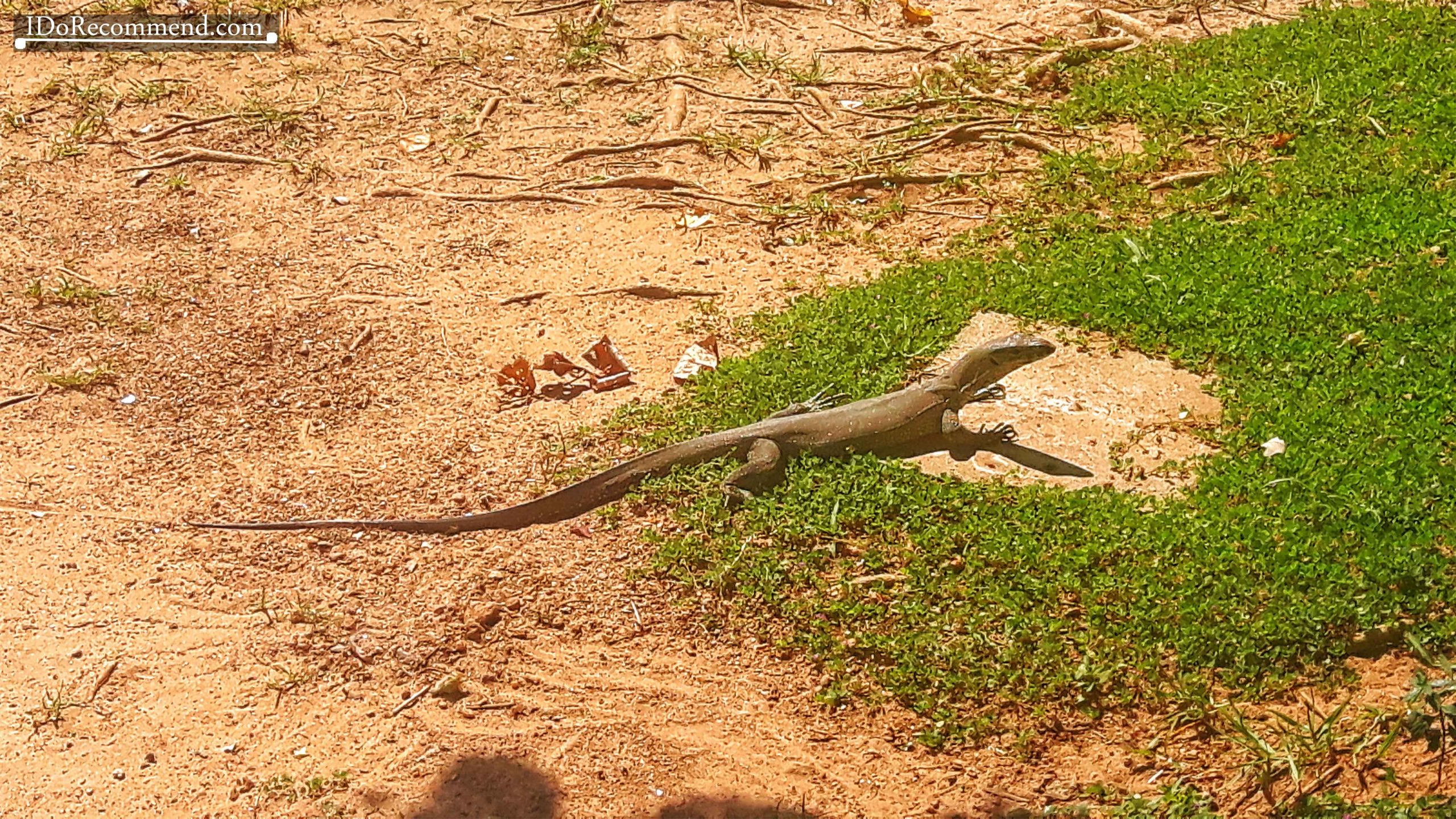 We spent most of the time in the resort hotel which was located right next to the ocean (going to the beach, swimming in the pool, going to the small gym inside the resort). The hotel’s location was perfect for admiring the spectacular sunset. Tourists and locals alike were wandering along the beach during sunset, charging their batteries for the next day. 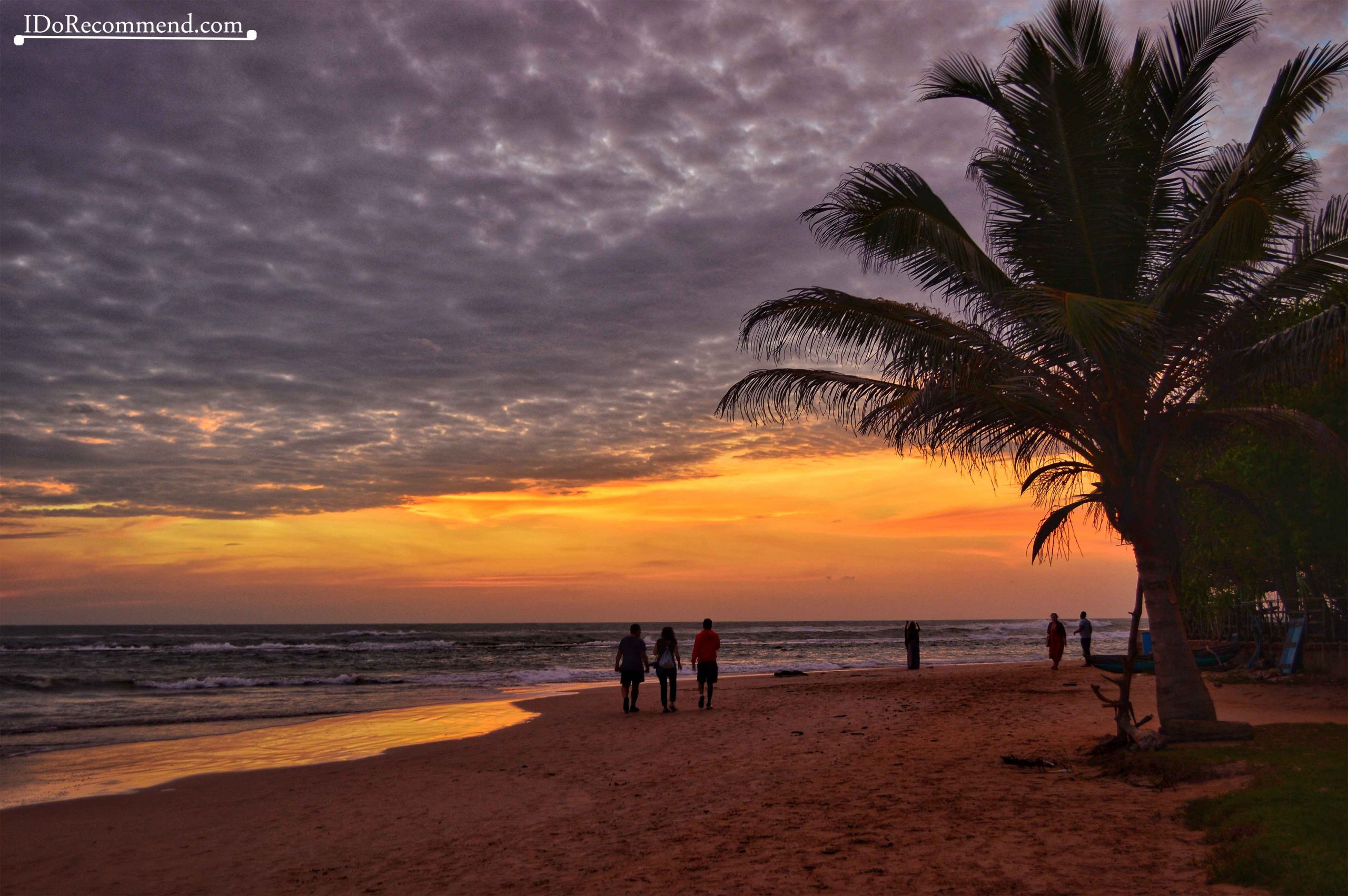 Sunset over the Indian Ocean

We had half board and the New Year’s Eve dinner included. Sometimes we were walking in the neighboring town, Aluthgama, to buy fresh, sweet fruits from the locals.

However, in the last days of the holiday, I was so bored that I could hardly wait to get home. It seemed to me that I was not doing anything interesting and because the resort hotel was always crowded, I did not have enough privacy and quiet to be able to completely relax. I could have spent that time at home, for less money. In addition, there I felt like being in a cage because the resort was surrounded by a fence, and the locals found on the beach were looking over the fence asking us to buy something from them (scarves, souvenirs, etc.). That irritation/dissatisfaction was also caused by a cold that I had caught before the holiday. In conclusion, it is clear for me that this type of holiday, sedentary and spent in one place only, doesn’t suit us down to the ground at this moment when our desire of achieving more knowledge about what surrounds us and the desire of exploring the world are so strong. 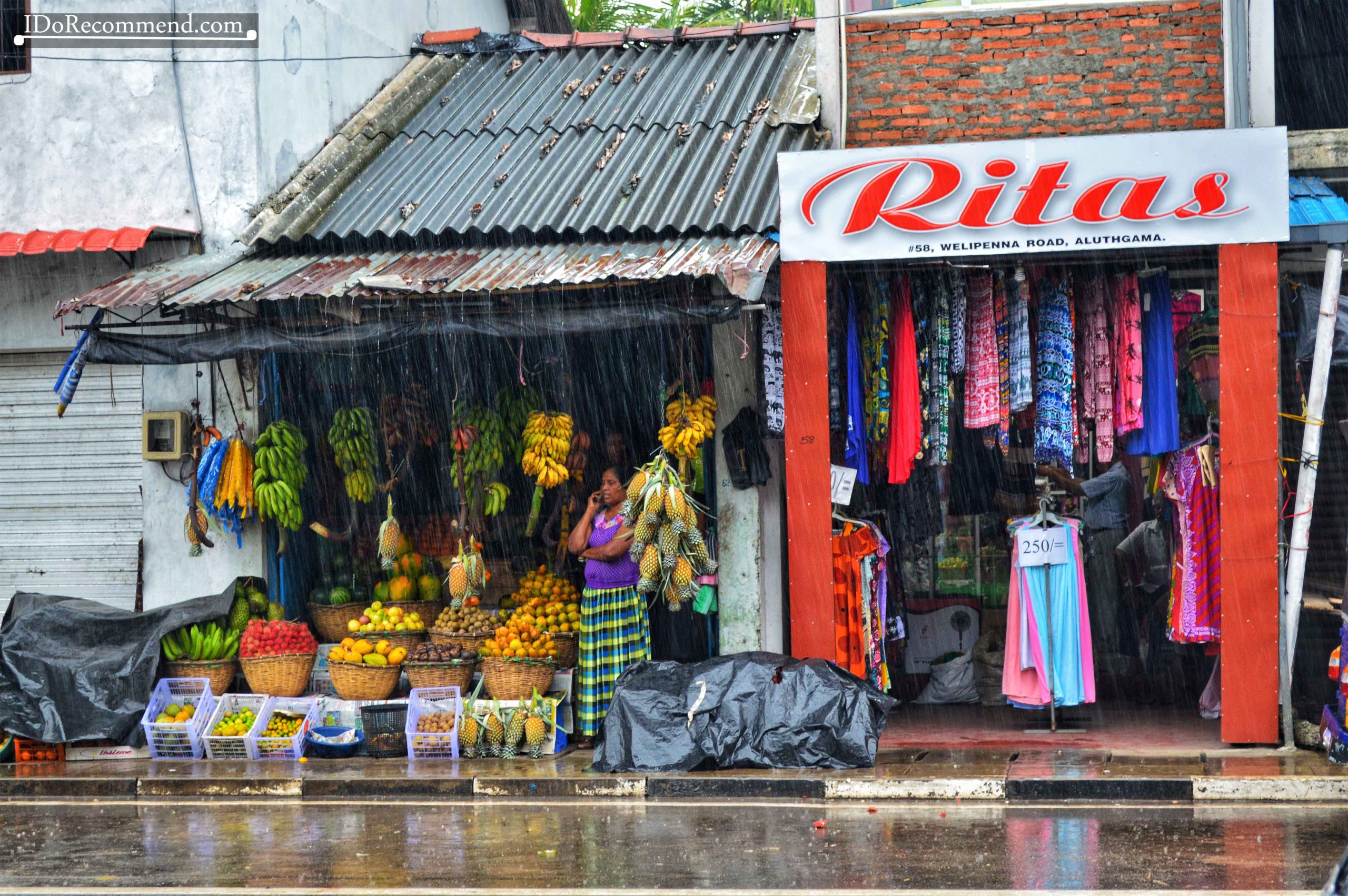 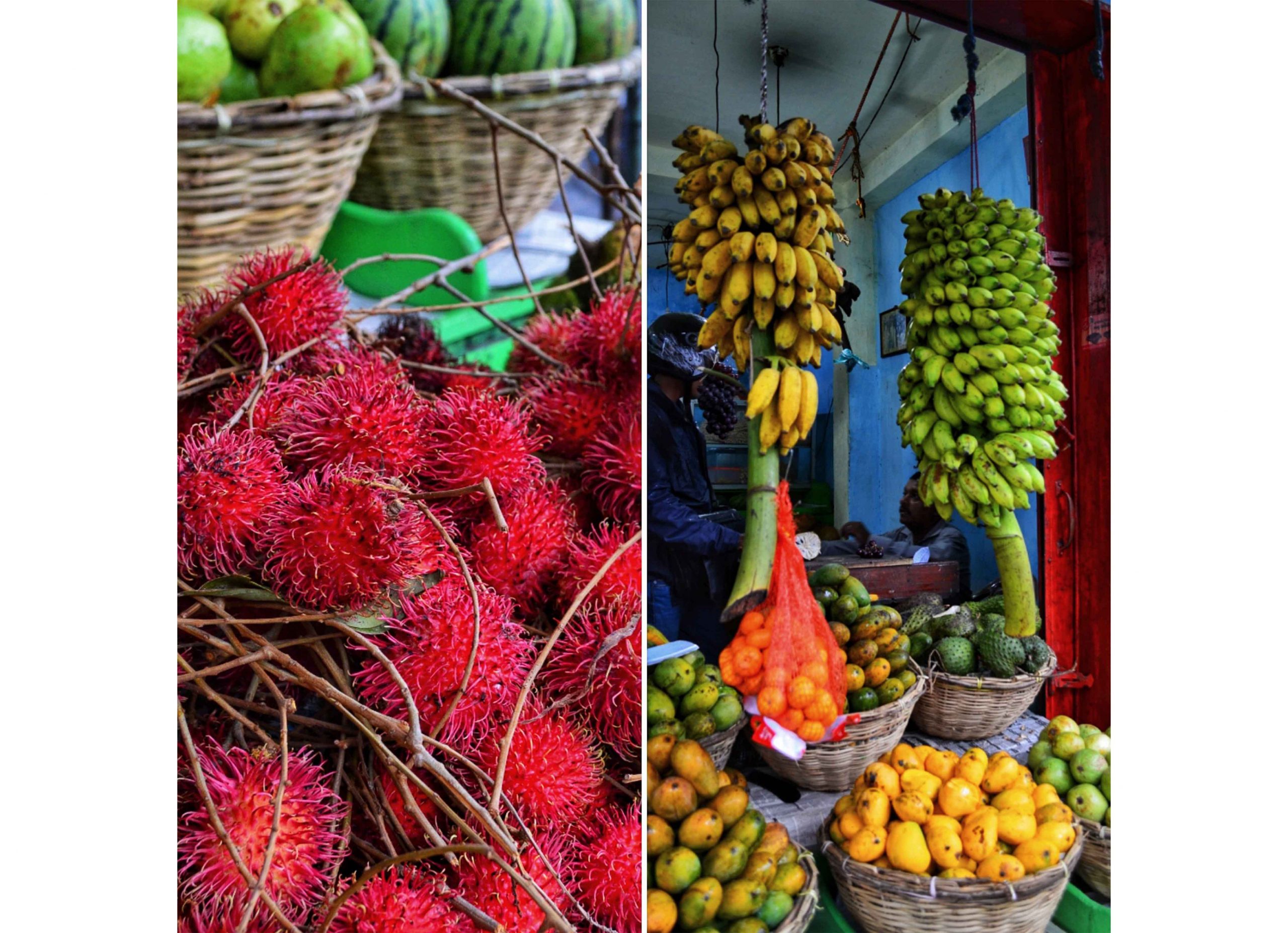 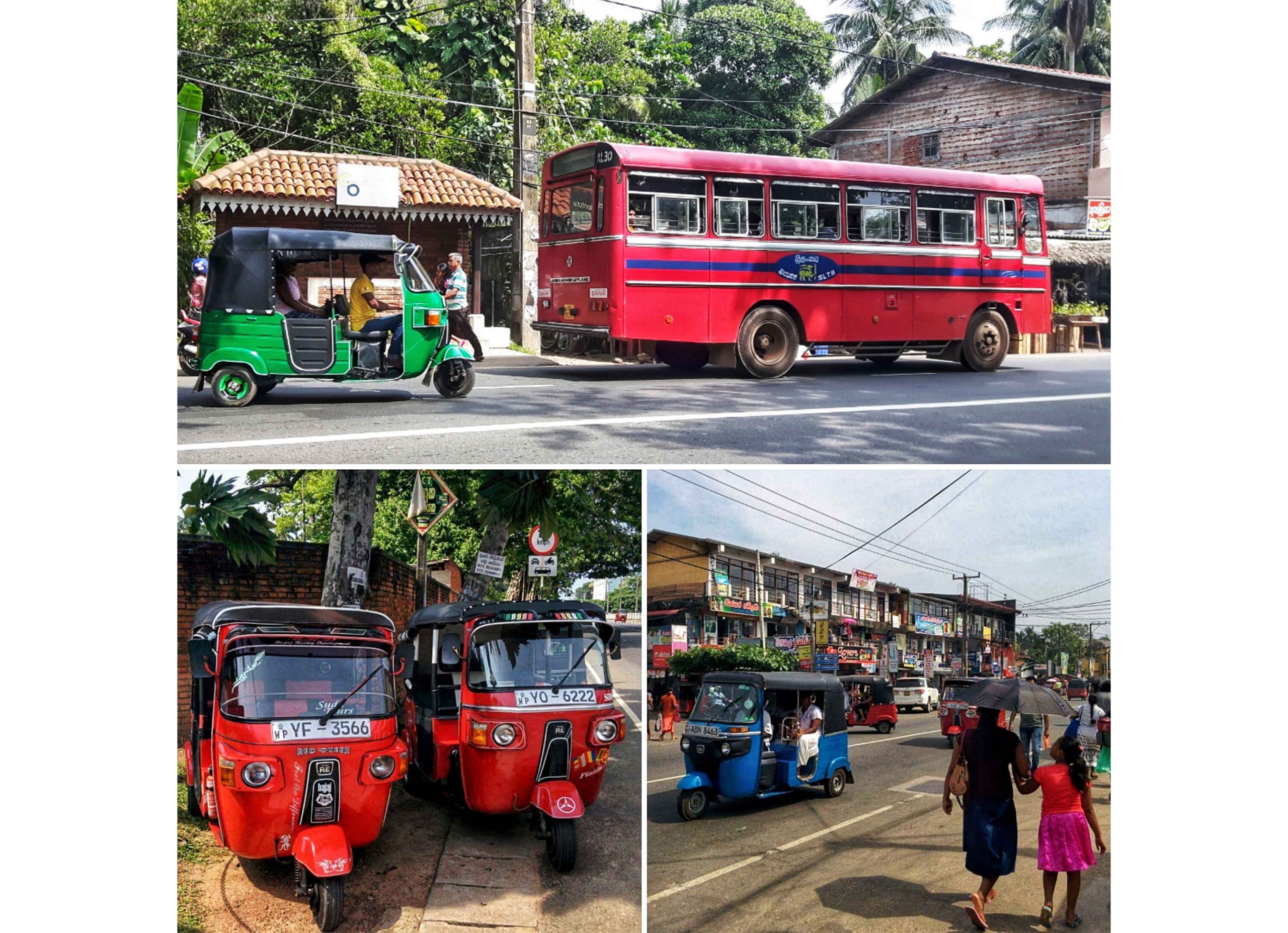 However, I have a really pleasant memory from that holiday. We booked a day trip to the city of Kandy which is located in the center of the country. It was only there that I really felt the Sri Lankan atmosphere. The train ride to Kandy was a unique experience in itself. The train had some of the doors and windows open, and some ceiling fans were mounted on the aisle to cool the passengers off. On the window, the nature revealed an amazing spectacle in front of our eyes. The hills abounded in vegetation, the rice fields and the tea plantations were “painted” in an intense green color, and in the areas with tropical forests the monkeys jumped joyous from one branch to another. 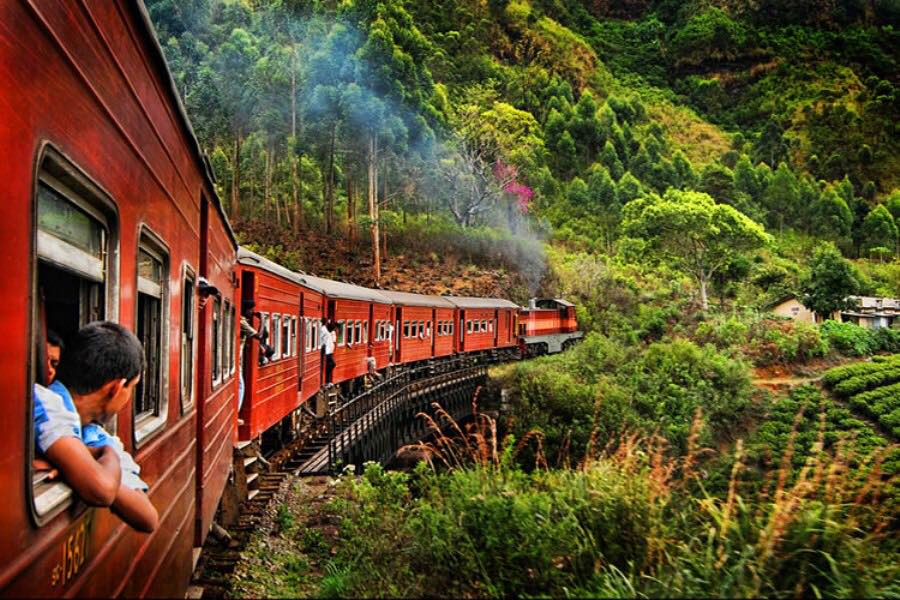 Kandy was the last capital of Sri Lanka in the era of Sinhalese kings and today it is part of the UNESCO World Heritage Site. The city is concentrated around the lake with the same name. Kandy Lake is an artificial lake built in 1807 by the king of that time. Also known as Senkadagalapura, Kandy has two important sights, the Temple of the Sacred Tooth Relic and the Peradeniya Royal Botanic Garden. In addition, from the outside we saw the statue of Buddha at a height of ~ 27m (88feet) (Bahirawakanda Vihara Buddha Statue) and the Royal Palace of Kandy which is located right next to the Temple of the Sacred Tooth Relic. 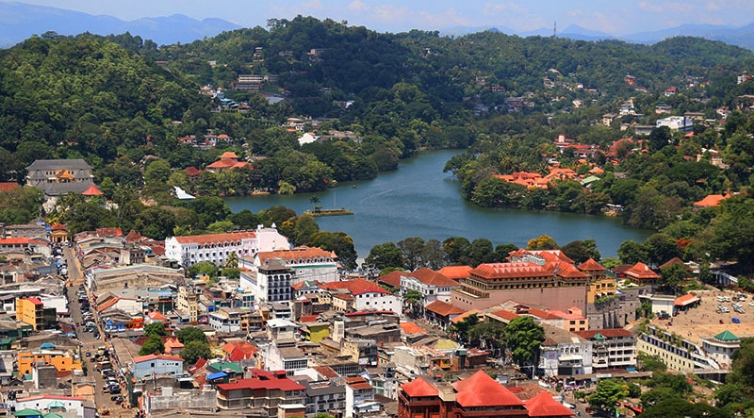 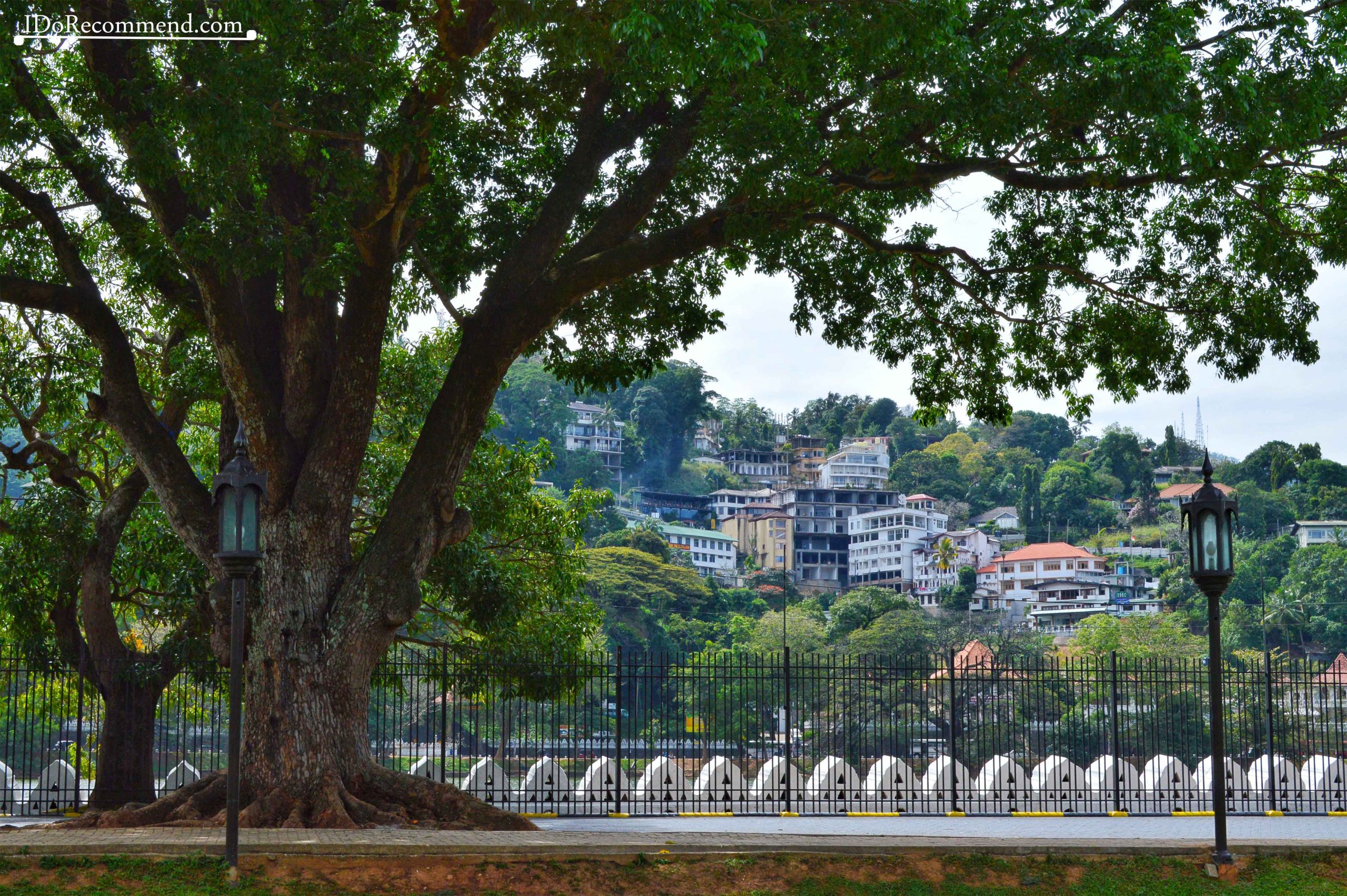 The Temple of the Sacred Tooth Relic (Sri Dalada Maligawa), which hosts Buddha’s tooth (upper canine), is one of the most important pilgrimage sites in the Buddhist world. The temple was specially built to keep this relic which is stored in several golden boxes encrusted with precious stones. 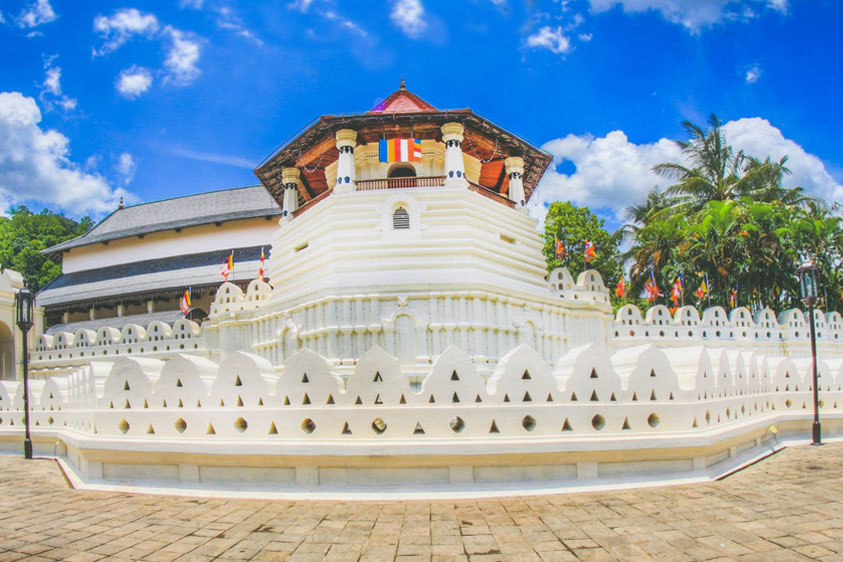 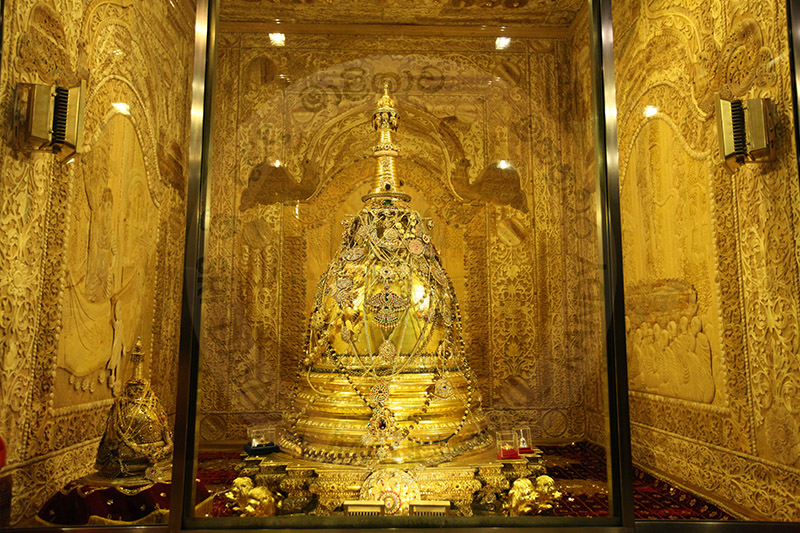 The legend says the sacred tooth has been recovered from the Buddha’s funeral pyre in 543 BC and brought to Sri Lanka in the fourth century. The Sinhalese tradition says whoever had the relic, had the power. This is why the royal family were the custodians of the relic.

Three times a day there is a ceremony with offerings. The world enters the temple barefoot, bringing flower offerings. It was interesting to watch the locals while they were coming with humble and serene faces and the hands full of flower offerings, waiting for their turn to enter the temple. 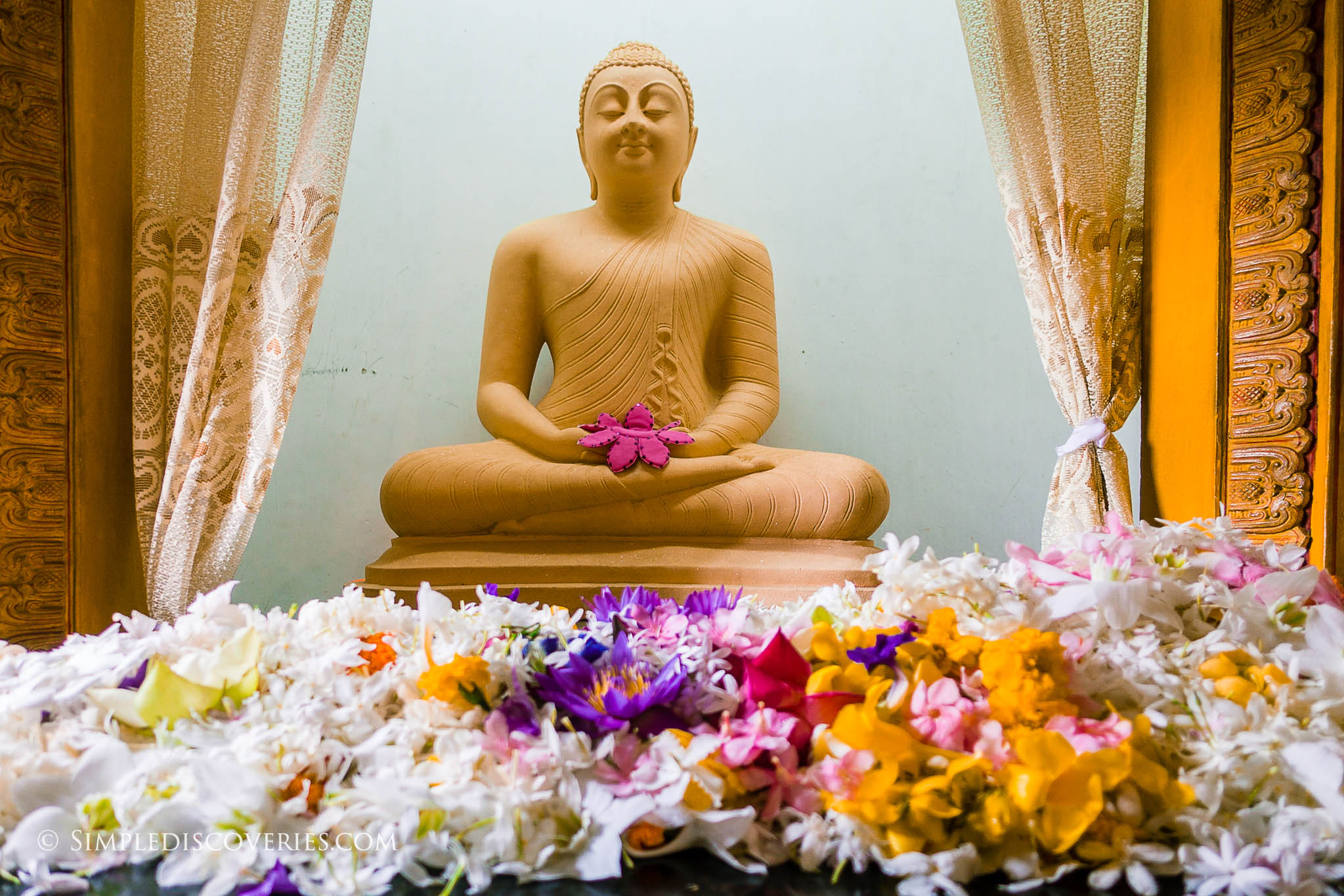 Peradeniya Royal Botanic Garden is the largest botanic garden in Sri Lanka, with over 4,000 species of plants, many of them endemic. The gardens were originally created by the Sinhalese kings in 1371. In 1821, the British transformed them into a botanic garden and began preserving the numerous plant species found in Sri Lanka, including spices. 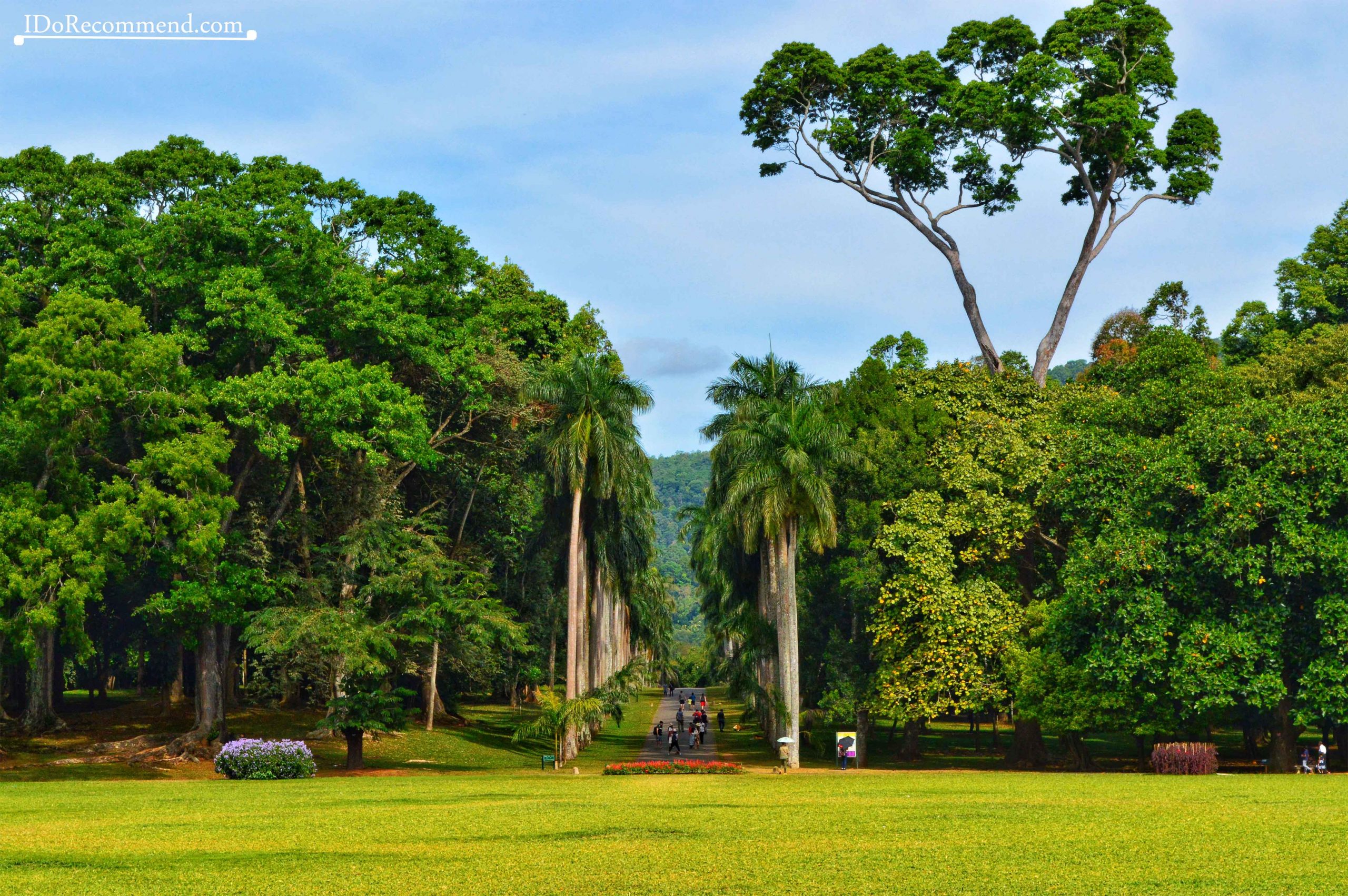 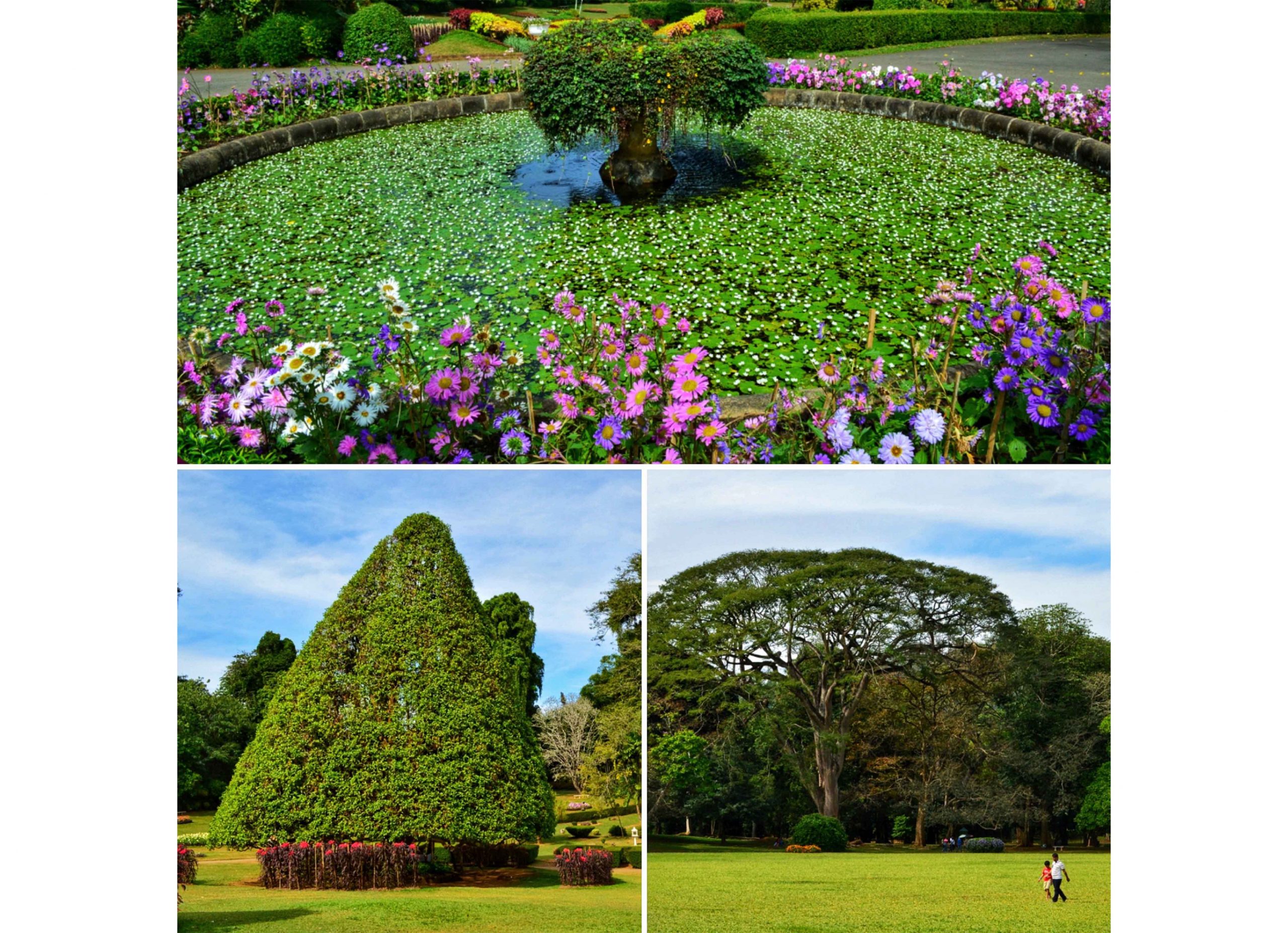 The greenery found in the garden impressed me the most. I didn’t expect to find such a well-kept place. Also, in the garden we passed under a very tall tree on whose branches were hanging, sleeping and being totally harmless, tens of bats (Megachiropteres / fruit bats). 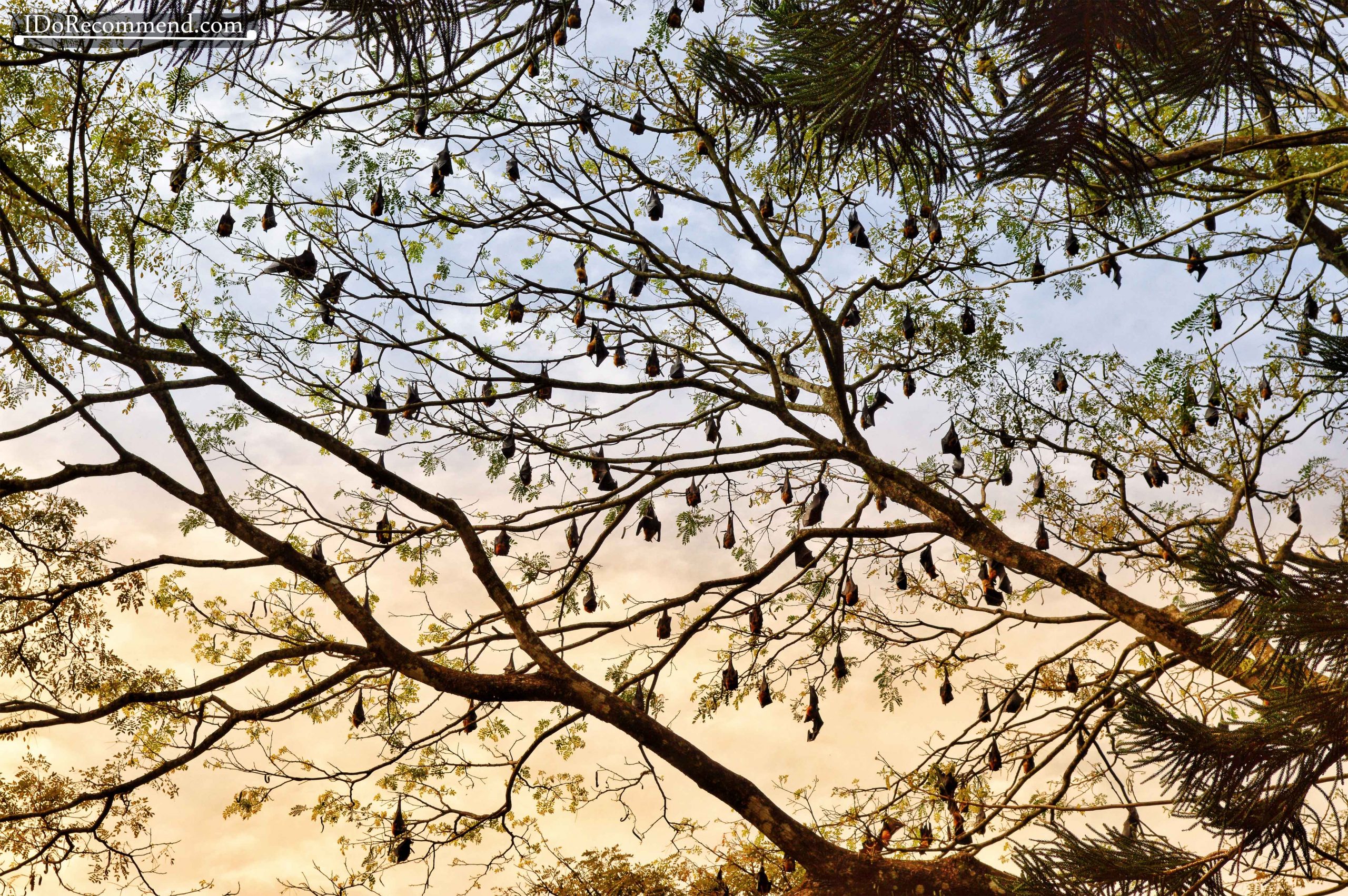 In the same day we visited Geragama Tea Factory which was built in 1903. The British first brought tea plants from China and planted them in the Peradeniya Royal Botanic Gardens for non-commercial purposes. The humidity, cold temperatures and precipitation in the center of the country (especially in the area of Ella town), provide an ideal climate for the high quality tea. The Ceylon black tea has significantly contributed to the development of the Sri Lankan economy. The British built roads and railway lines to ensure efficient tea transport from the mountains to Colombo.

The workers from Geragama factory are mostly women (including old ladies). They harvest the tea leaves by hand, then bring the plants to the factory to be treated during several processes before Ceylon tea arrives in grocery stores. 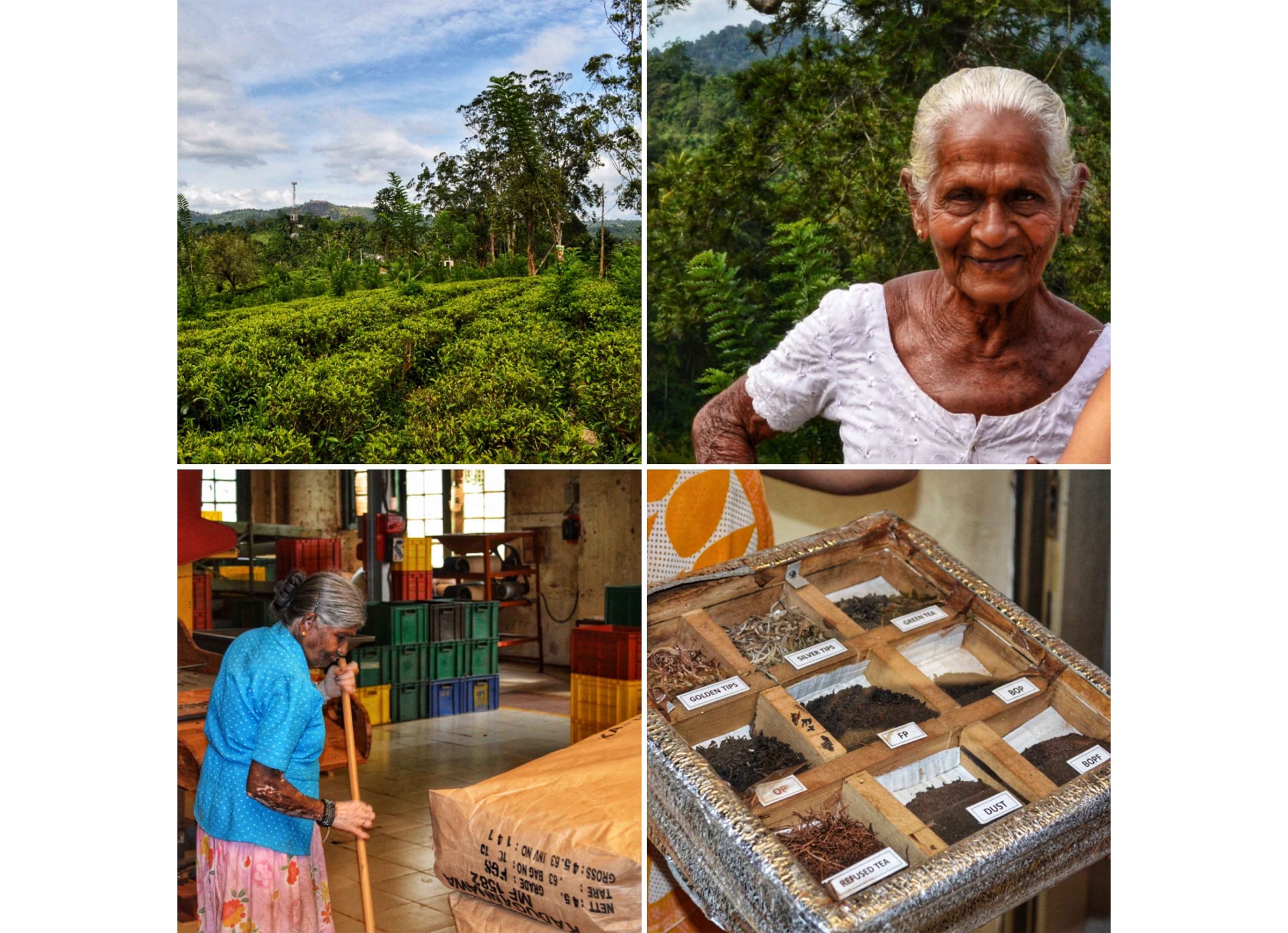 The last stop on that day was an educational visit to the New Ranweli Spices Garden. We saw how various aromatic spices from Sri Lanka are grown: pepper, turmeric, cardamom, vanilla, cinnamon, cocoa and other herbs and spices. It was the first time I saw a black pepper or a vanilla plant. 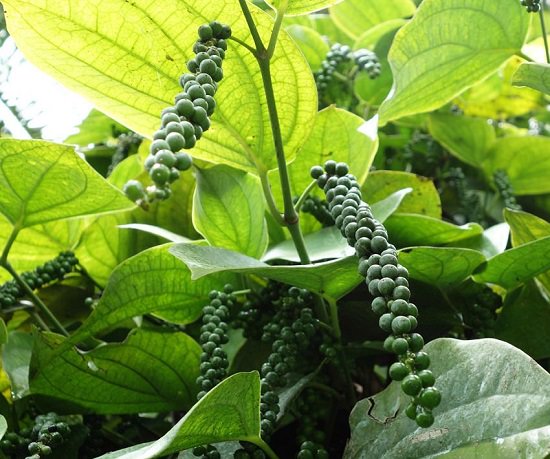 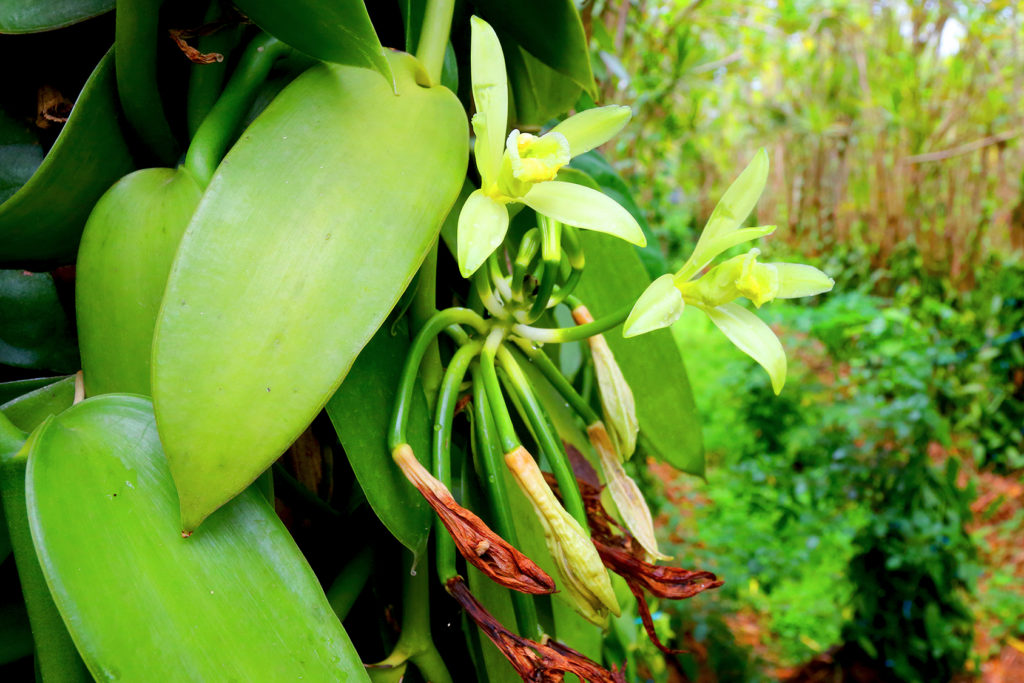 Another beautiful moment of the holiday was the New Year’s Eve. The buffet dinner was included in the holiday package. The hotel’s chefs prepared many dishes specific to several Asian cuisines, we attended a local dance show, the organizers have carved out letters in ice forming the “Happy New Year” greeting, and in the end we enjoyed a spectacular fireworks on the shores of the Indian Ocean. In the hotel lobby, the seniors guests were the ones who danced until late in the night, entering the new year with joy and fun. 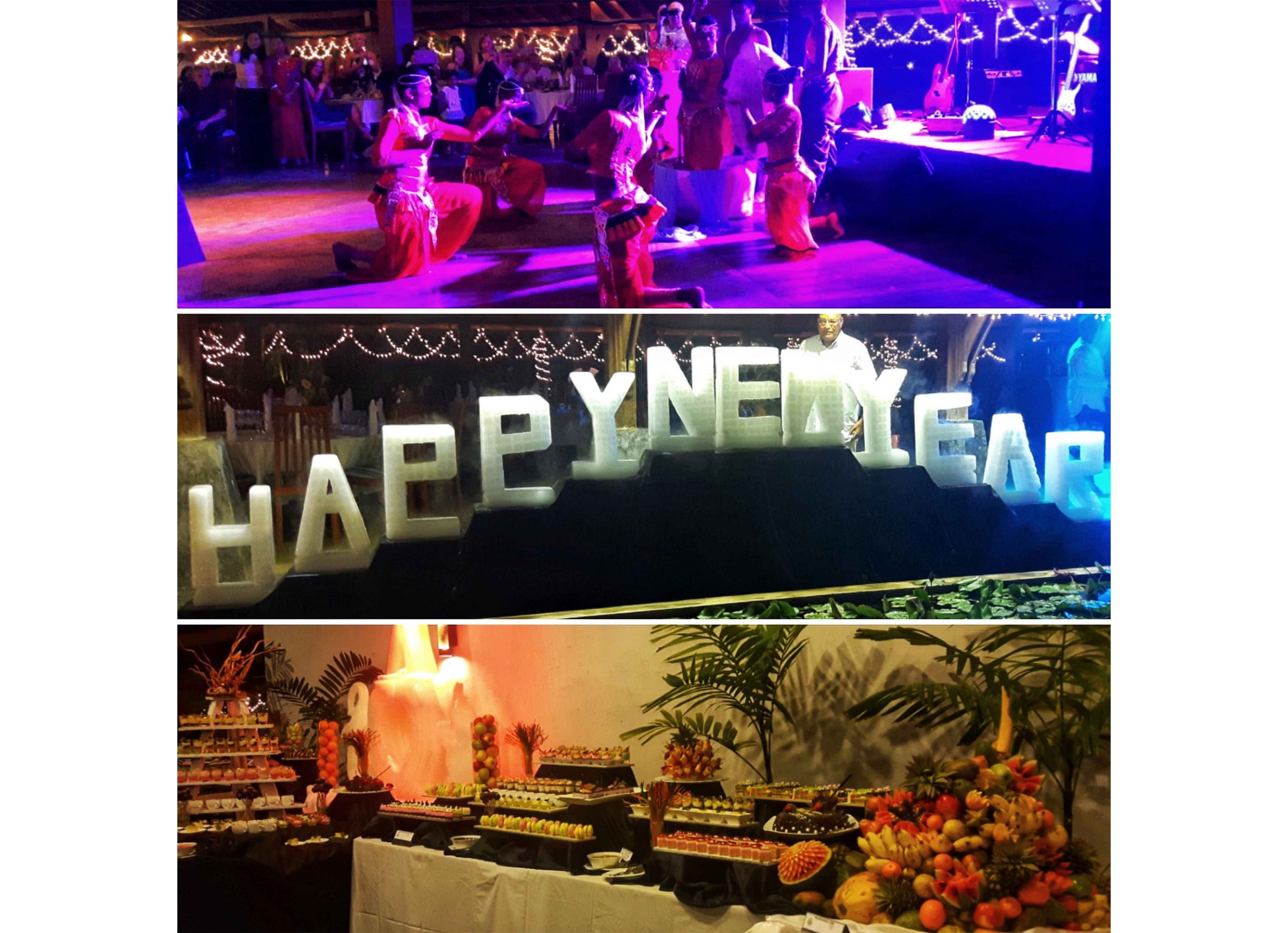 Other tourist attractions in Sri Lanka 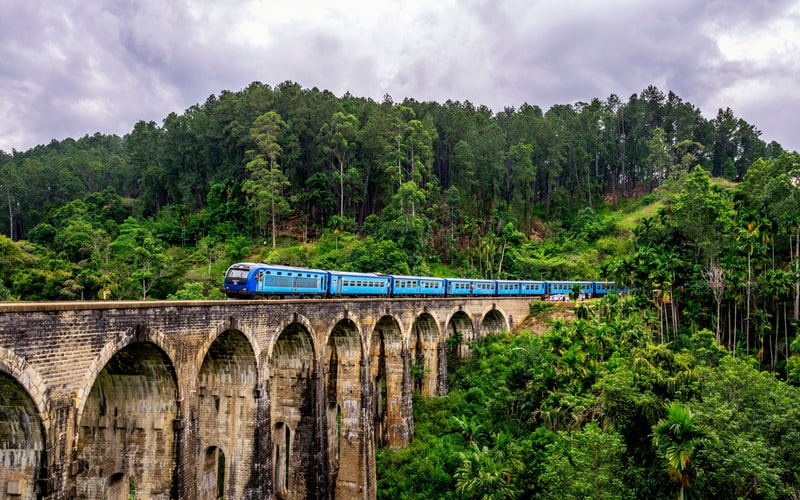 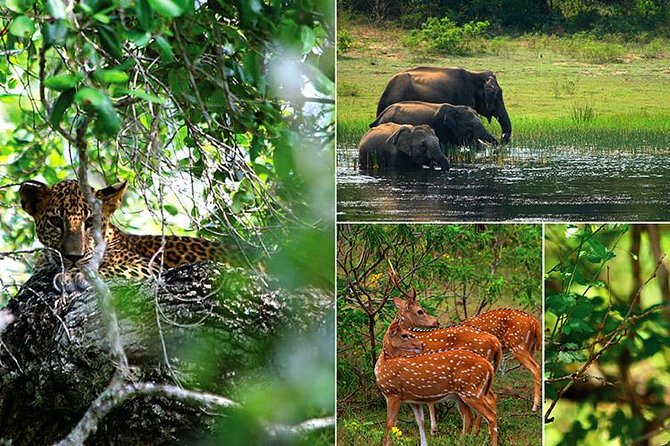 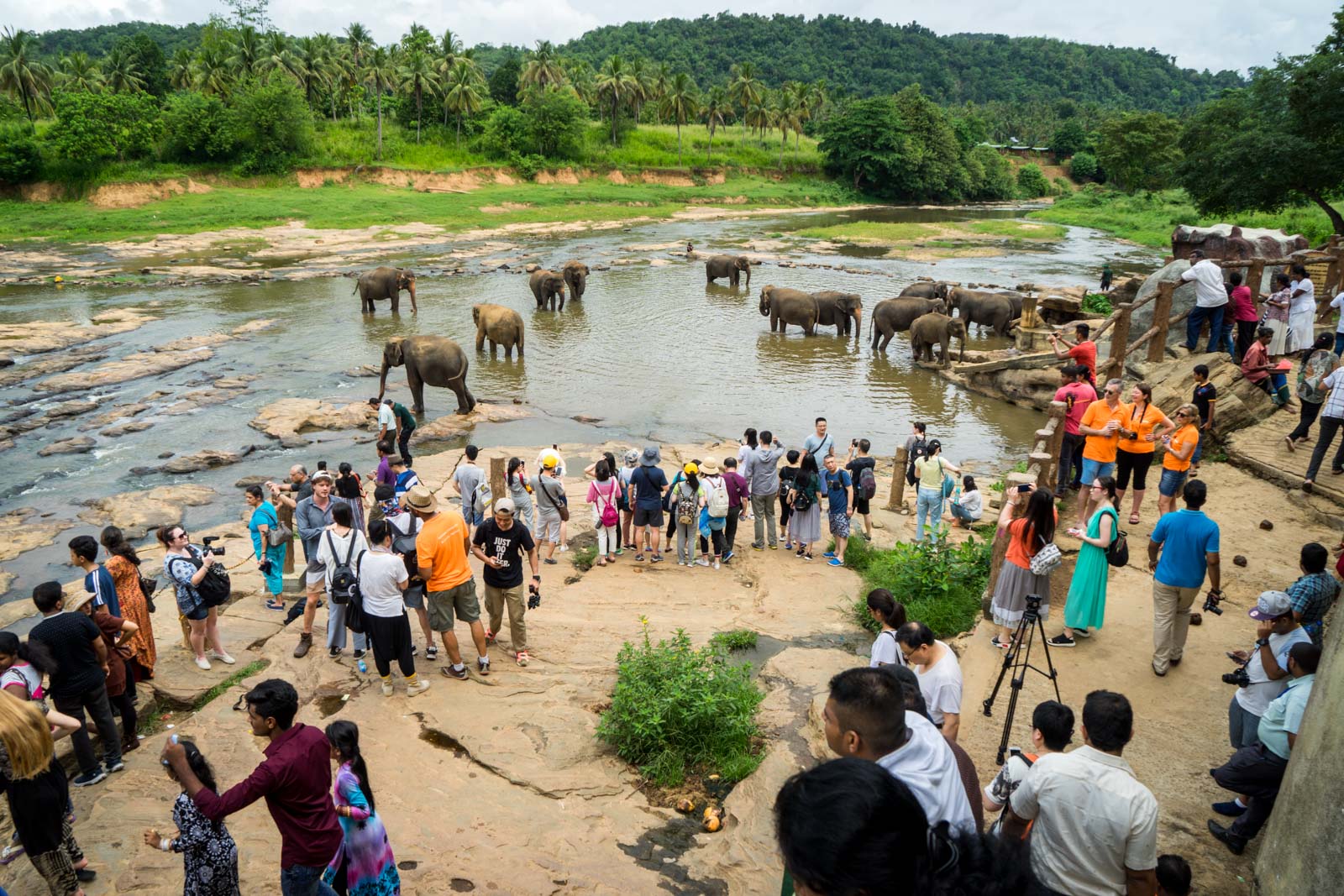 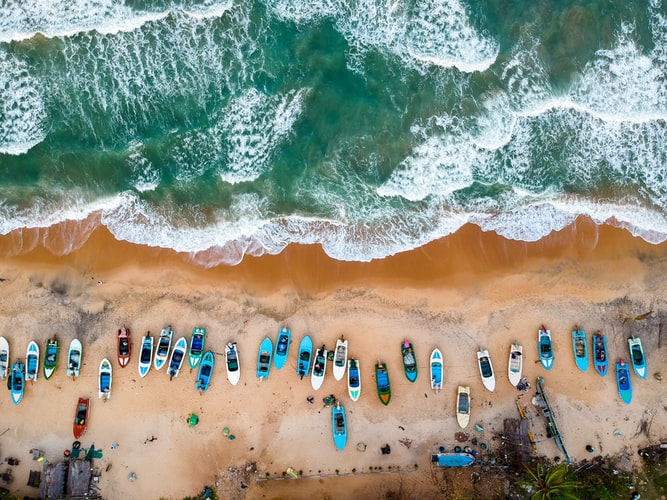 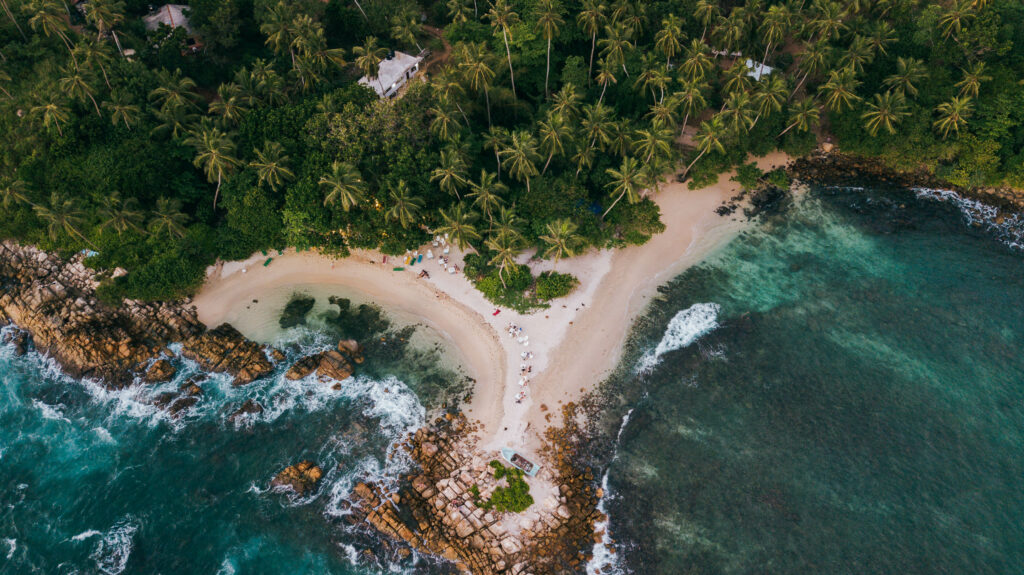 Thanks for reading this article!

Keep on following the #IDRTravel posts to discover more beautiful places on Earth.

Until next time, leave your worries behind and keep on exploring the world!