Europa Park is located in Rust/Germany, 60km/37miles away from Strasbourg. From Bucharest you can fly to Strasbourg (1 stop), then take the bus (Flixbus) to Rust. 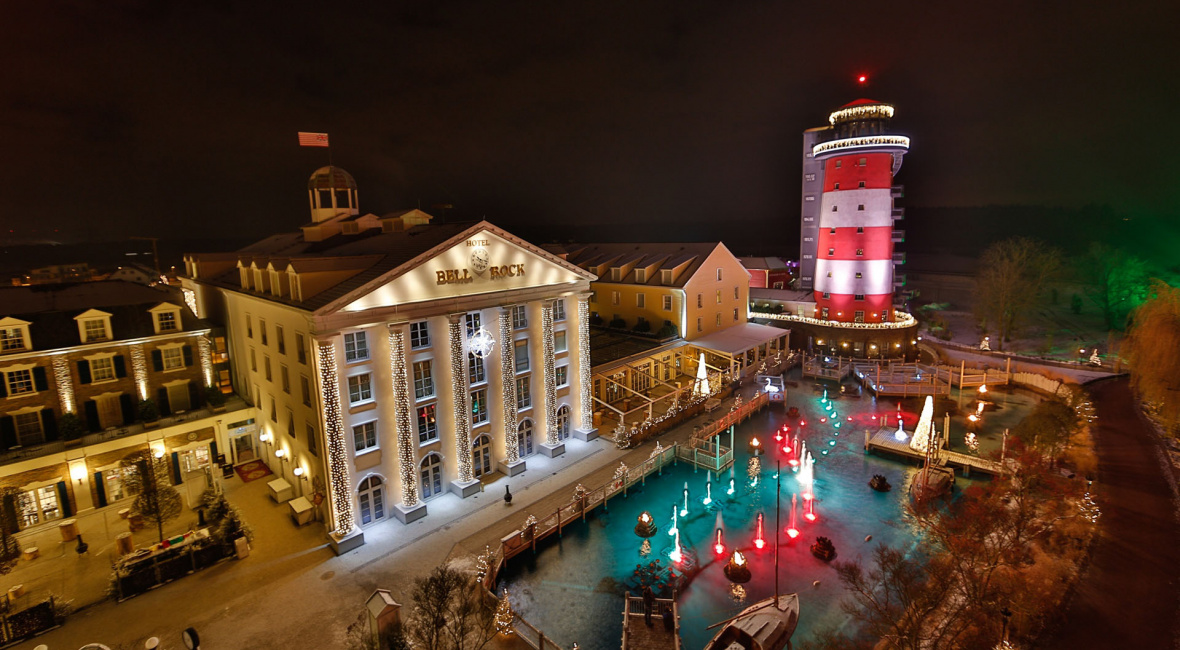 Otherwise, for those of you who want to live a different experience, you can sleep in tepees, covered wagons or chatels. I don’t know how it is in winter, but I would for sure choose to sleep in a tepee or in a wagon in summer to the detriment of a hotel. Personally, I find those experiences really unique. 🙂 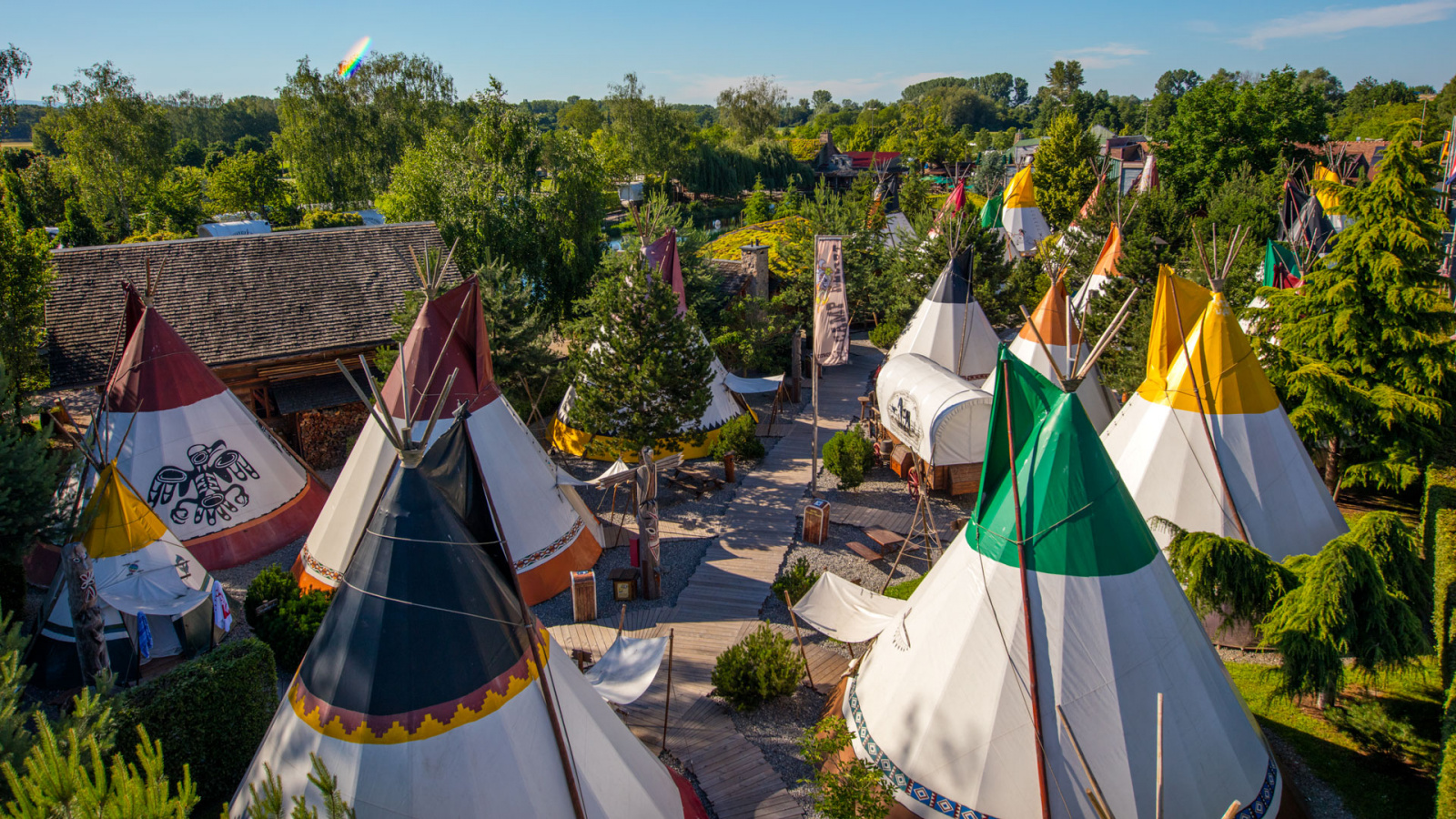 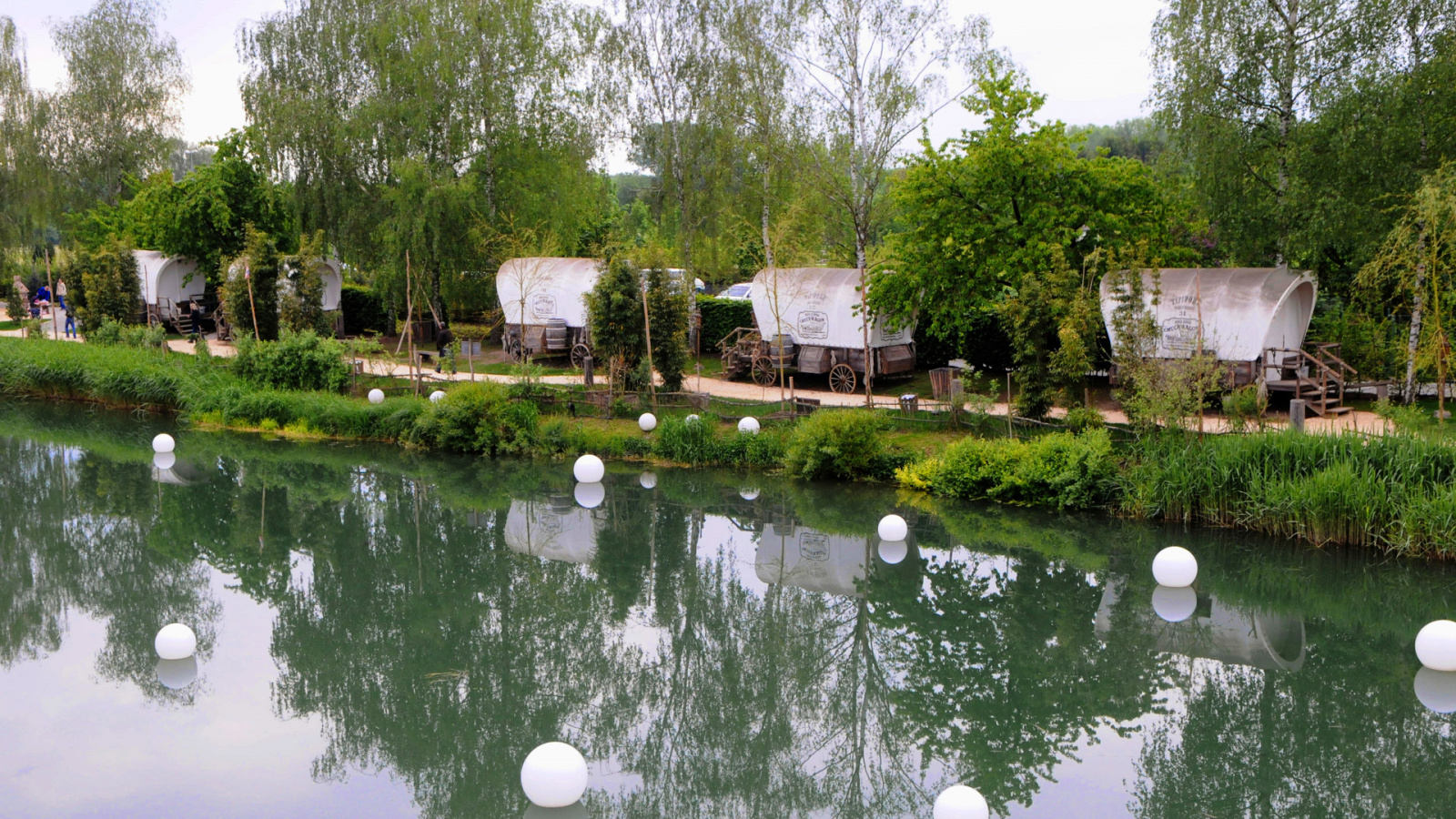 In addition, there is also the possibility of camping with your own tent or with a camper van.

There are attractions for every age. From indoor playgrounds, to spectacular roller coasters, the park should meet every visitor’s expectation. For more information about the attractions, check out this website.

Slept at our friends house in Luxembourg;

Once we have moved in Amsterdam, it has become easier for us to visit different places from West Europe. The Netherlands has a very good infrastructure, which makes it easy to get wherever you want. In November, after a stressful period at work, we have decided to experience a crazy weekend. In consequence, we have decided to visit Europa Park. The weather forecast said it wasn’t going to rain and the temperature was expected to reach maximum 8°C/46°F. We are lucky to have some friends in Luxemburg, so we slept overnight at them, then the second day we all went to the park. It took 3h to get from Luxembourg to Rust/Germany.

Europa Park is the largest theme park in Germany and the second most popular after the famous Disneyland Paris. Opened in 1975 and visited annually by over 5 million people, the park covers a huge area of 950,000m²/1,039,000yards, which it makes almost impossible to visit the entire park in a single day. In winter, the water attractions (pools, slides) are closed, so for us one day was enough to experience most of the attractions for adults.

For us, the main objective was to ride as many roller coasters as possible. There are 13 such attractions in the park, each one with its own distinctive elements. The children showed the greatest courage. As long as they had the minimum required height and age (130cm/51inch or 140cm/55inch in height or 7 years old, depending on the roller coaster), they were allowed to ride the roller coasters. Everyone was enthusiastic. But there was also a small dose of fear, depending on the ride. If you haven’t tried so far this kind of entertainment and if you don’t suffer from heart diseases, such an experience is worth living.

Europa Park was for me the first theme park where I’ve used my GoPro HERO 5 Session. I attached the camera to a chest harness and filmed every second I spent during the roller coaster rides. My joy is even greater now in regards to this camera, even though I have already used it in the past as well during the mountain hiking, via ferrata trails, bike rides, jogging etc. First, because the battery charge lasted over half a day (I spent 7 hours in the park, but of course, I didn’t film continuously) and second because I can now share with you those videos.

Here is my top 3 roller coasters. I took into account the complexity of the twists, turns, free fall, the number of loops and other “technical” elements that got my adrenaline going. 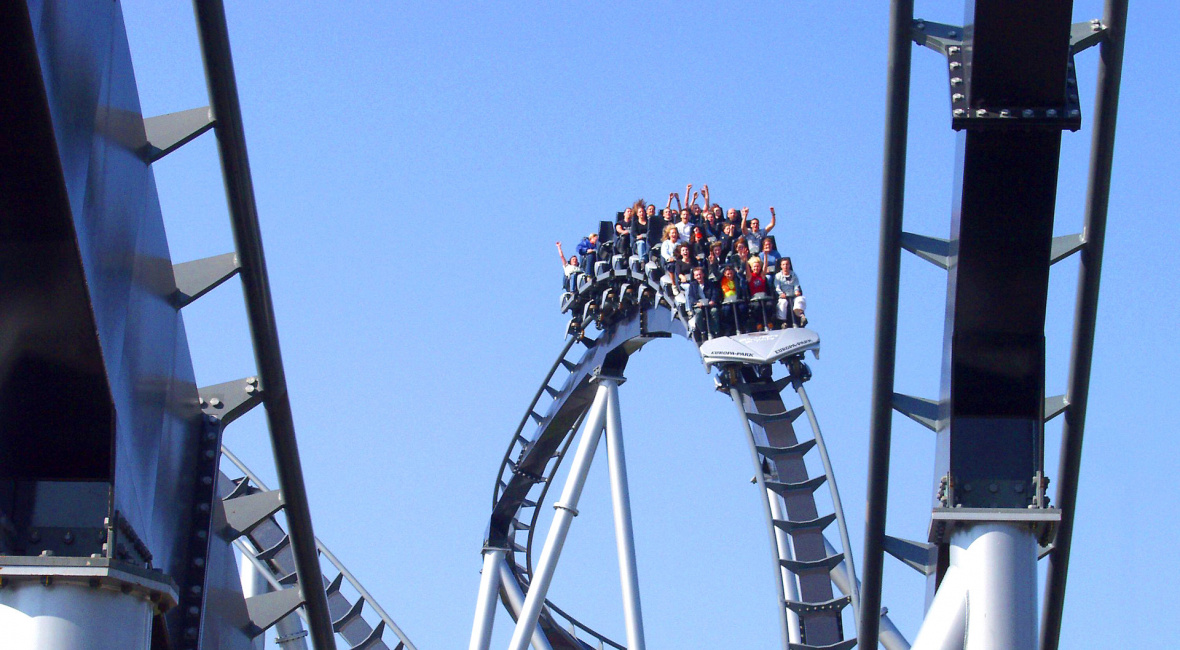 For me, Silver Star has been by far the scariest attraction from the park because it includes the element that I dislike the most, the camelback, which consists of a vertical drop from 73m/239feet height. That value makes the ride be called a hyper-coaster. During the ride, the weightlessness sensation lasts only a few seconds, but it is so intense. The ride takes in total about 3 minutes, reaching a maximum speed of 130km/h (80mph) and a 4G centrifugal force. This roller coaster is sponsored by Mercedes-Benz. 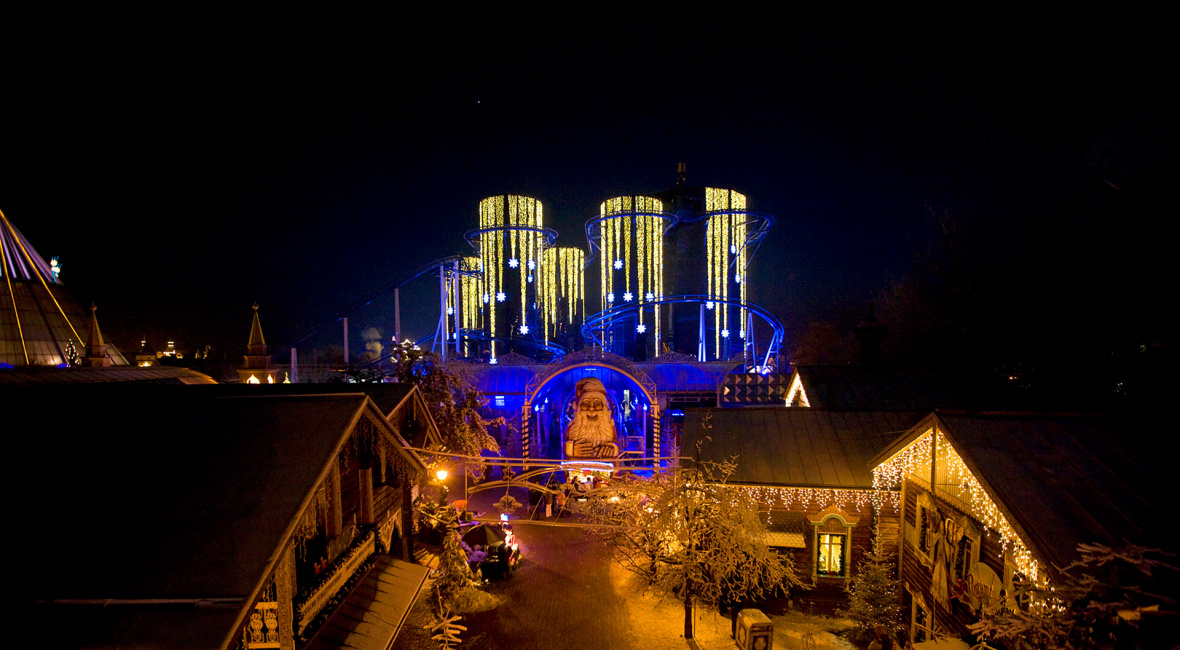 Named after the Russian space station, the Euro-Mir spinning roller coaster consists of 5 cylindrical towers. The ride simulates a trip into space, followed by a re-entry into the Earth’s atmosphere. In the beginning, the train climbs circularly inside a cylinder, then goes outside and starts descending around the cylinders with high speed. The most interesting part is that you don’t know how you will be rotated when the train descends. Moreover, during the twists and turns, you have the impression that you are standing on the brink of an abyss. The highest drop is from 28m/91feet, the maximum speed reaches 80km/h (49mph), and the ride takes about 5 minutes. 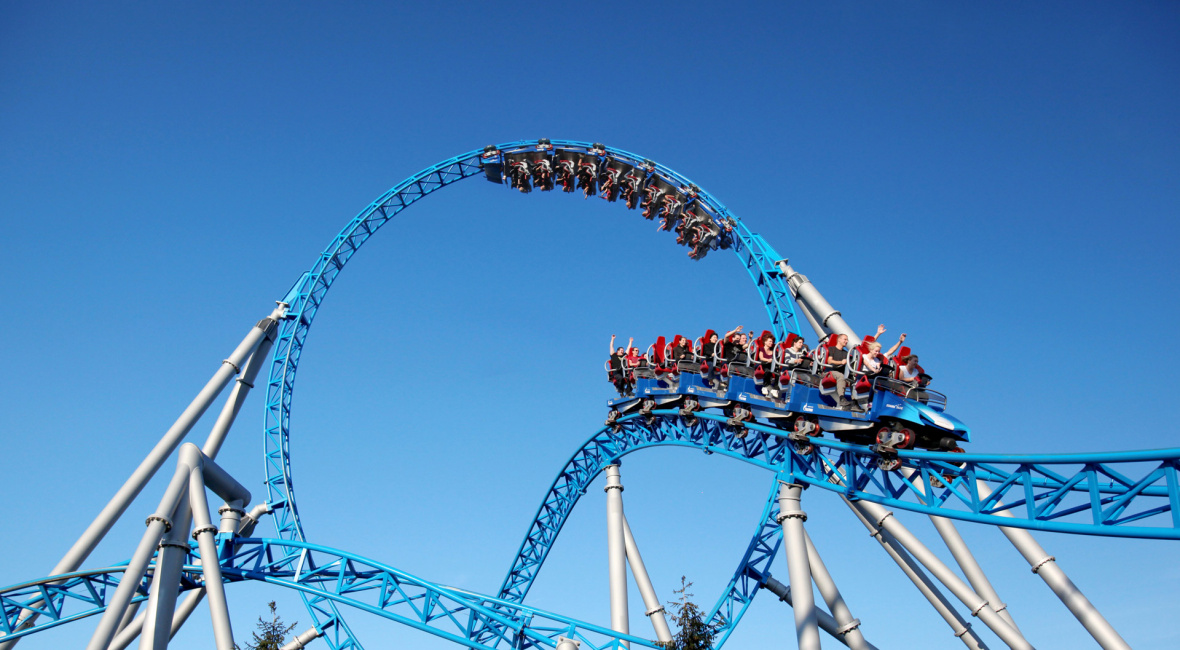 The ride takes about 2.5 minutes, reaches a maximum speed of 100km/h (62mph) and a 3.8G acceleration. Its maximum height reaches 38m/124feet. The most exciting moments were for me those when I was turned upside down, the twists and the 32m/104feet high loop, the highest loop in an European roller coaster.

Besides the above roller coasters, another level 5 rated roller coaster (a list made by Europa Park) is Wodan – Timburcoaster  which is found in the Icelandic area (timbur means wood in Icelandic). But personally, I did not find it more spectacular compared to the three rides from my top. It did not have complex elements such as loops, camelbacks or twists. The only thrilling sensation was given by the speed, 100km/h (62mph).

Rated as level 4 roller coasters, the other rides which we have tried were: Eurosat-Cancan (France area), the one where we stood in line for about 30 minutes, Matterhorn-Blitz (Switzerland area), Pegasus (Greece area) and Poseidon (Greece area). The latter, named after the Greek God of the Seas, Poseidon, has been the most interesting because it was a combination of roller coaster and water ride. In the first part of the ride, visitors navigate through the old Troy City, and at the end of the ride, the train plunged with speed into water, splashing the riders. Then we reached Poseidon’s temple. 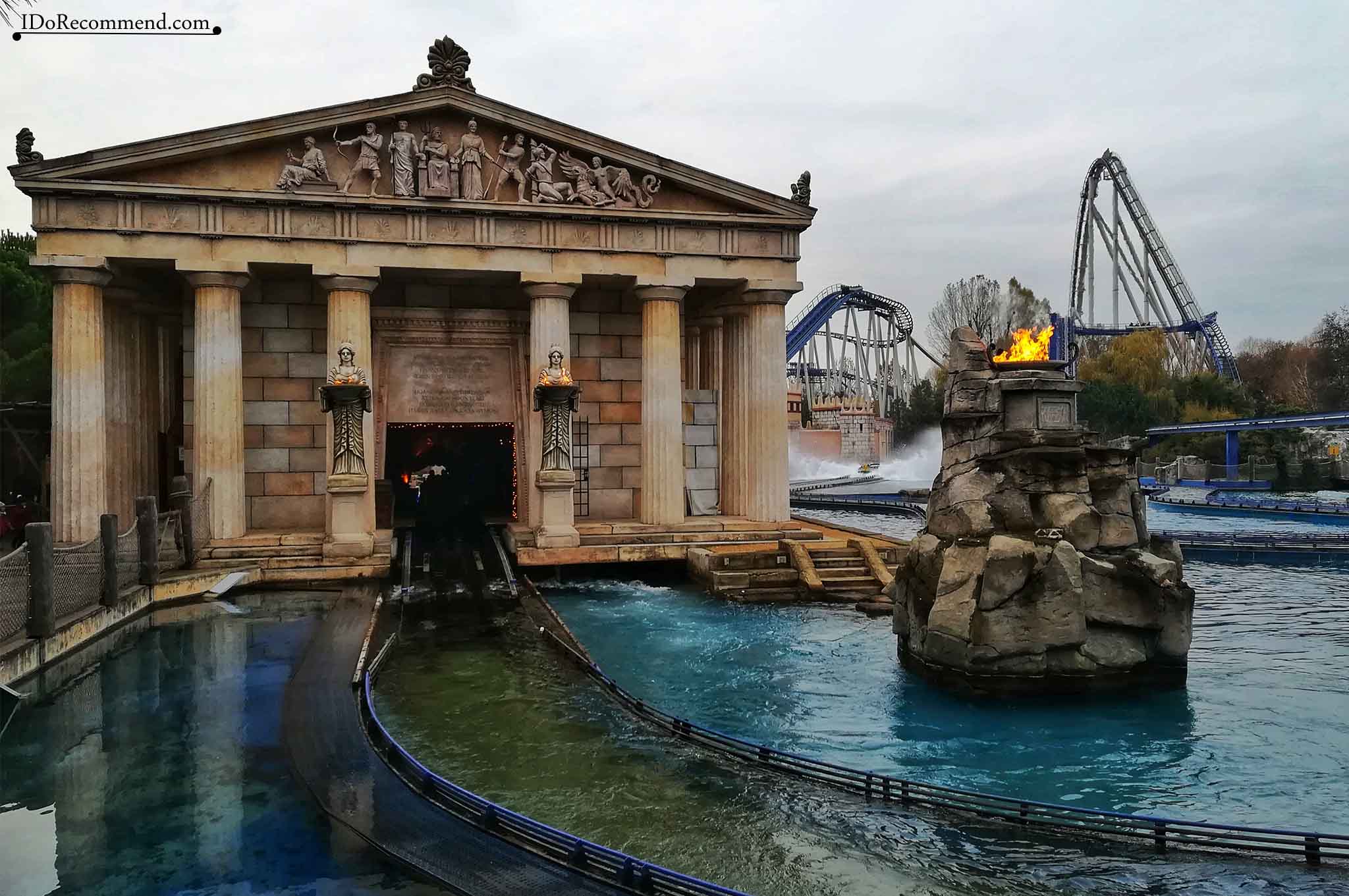 Besides the roller coasters, we took a ride in Bellevue big wheel which offered a panoramic view from 55m/180feet height and then we took the EP Express train which transported visitors for free inside the park. The train rails are located at 6m/19feet height. The stops are at ALEXANDERPLATZ, GREECE, SPAIN, HOTELS, the latter stop being reserved only for those staying at the hotels within the park. These two experiences were more interesting because of the winter season, when the park was decorated for holidays, with fir trees, a lot of lights, all accompanied by Christmas music. 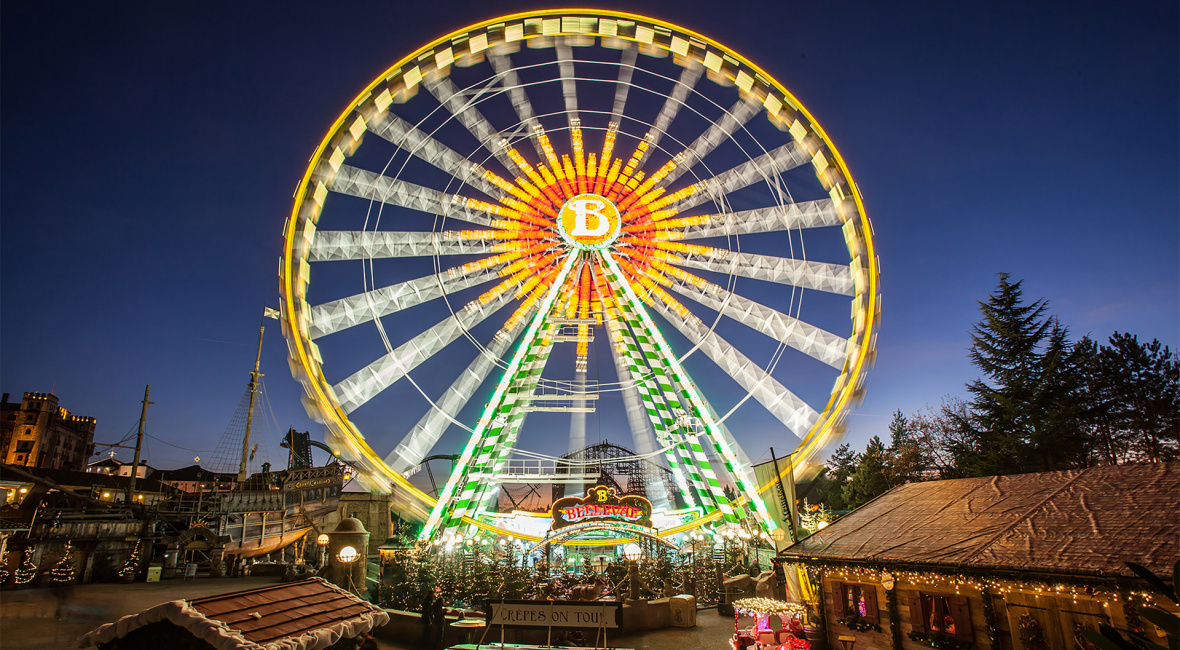 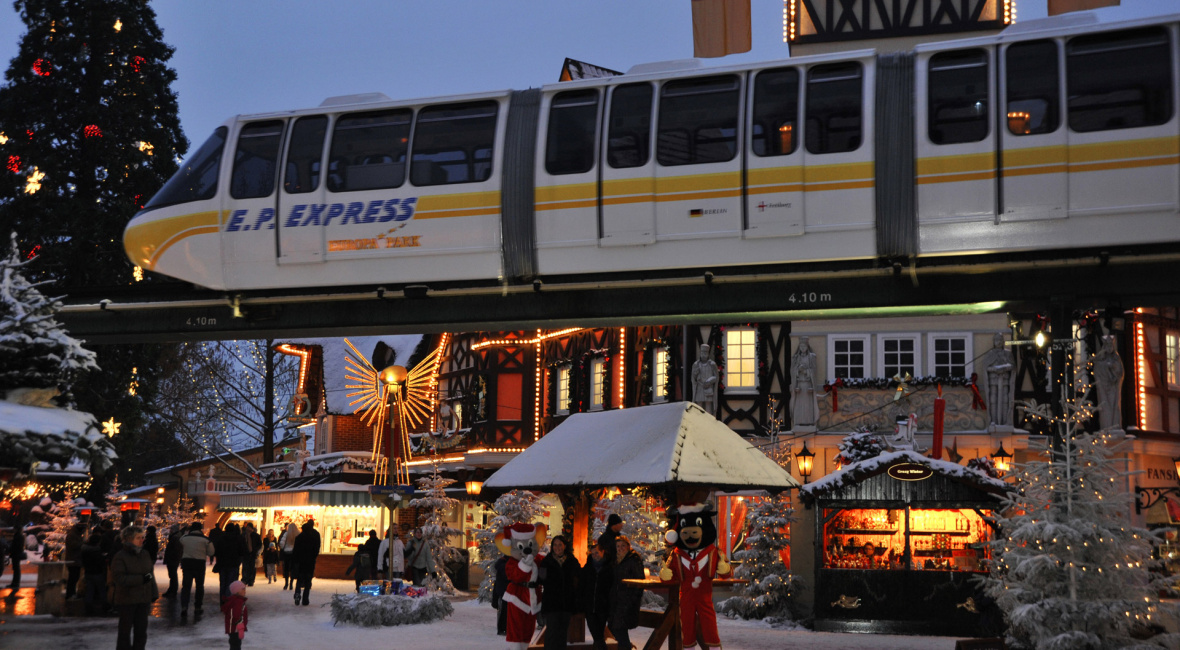 As a reward for all the palpitations lived that day, we had dinner at Castillo Restaurant inside the park (all-you-can-eat buffet, 33€/person). The food was not extraordinary, but it was quite varied and I was very hungry because I didn’t have the courage to eat anything but breakfast and some popcorn during the entire day.

As a conclusion, I strongly recommend such an experience in a theme park. For those who are afraid of strong sensations (e.g. fast roller coasters, free-falling etc.), they should know there are many other activities to do in the park. When it’s warm outside, in order to make the experience even more unique, you can sleep in the tepees or in the covered wagon inside the park. In the cold season, the lights and the Christmas decorations warm up the atmosphere and make you fully enjoy your visit.

All in all, Europa Park is an unforgettable experience.

Until next time, leave your worries behind and keep on exploring the World!